Sotheby’s is putting the longest continuing charter of government in the world under the hammer. Written in 1787, ratified in 1788, and in operation since 1789, the auction house is selling a 235-year-old copy of The Official Edition of the Constitution, the First Printing of the Final Text of the Constitution. One of two rare copies in existence, the artifact was last traded 125 years ago and bought as a gift for Adrian Van Sinderen, who would go on to become a significant rare book collector. Its predecessor created a record-of-sorts with a record-breaking $43.2 million winning bid last November. The second copy is expected to repeat history, if not break it altogether, and is estimated at $20 million–$30 million; the highest estimate is ever given to a historical document. 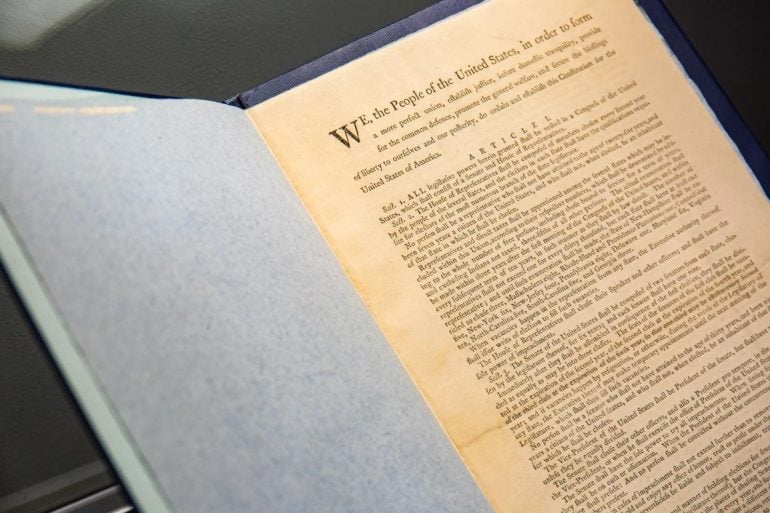 Richard Austin, Sotheby’s Global Head Of Books & Manuscripts, shared, “The unprecedented sale result we achieved for the Constitution last November was a truly unique and inspired moment – one that signifies not only the extreme rarity of first printing copies of the Constitution available for private ownership, but also the enduring importance and influence of the Constitution as the ultimate expression of the democratic principles that inform our daily lives more than 200 years since it was first written. A year later after the record-breaking sale, we hope the remarkable opportunity to acquire one of two privately owned copies of the Constitution will inspire a similar response that galvanized the public last year.” 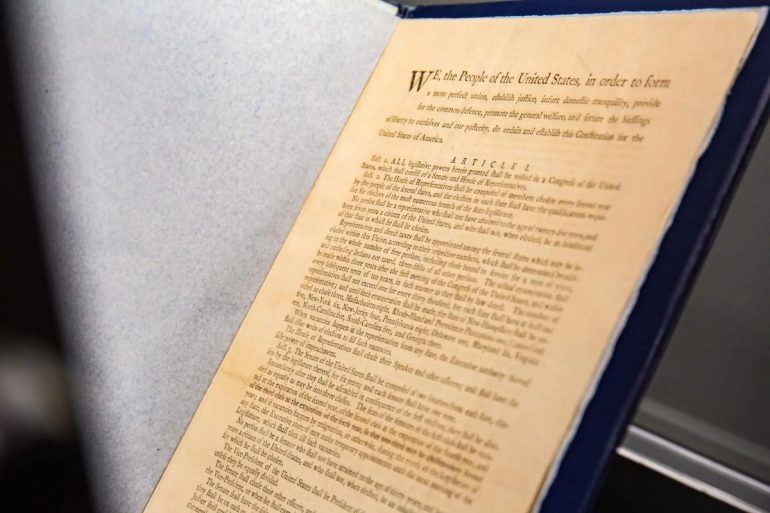 The present copy is one of the 13 remaining copies from the first printing, which were initially 500 documents. The others are believed to be residing in public institutions.