What have you purchased online in recent times? A plethora of outfits that you may not wear? Gadgets and gizmos? Tasty treats? Even all of this together doesn’t compete with the recent online purchase someone made of $1.34 million. A gem-set, diamond, and enamel “Tutti Frutti” bracelet by Cartier has just won the title of the world’s priciest jewelry ever sold at an online auction by Sotheby’s. It was estimated to garner moolah between $6-8, 00,000 but went for a lot more. This seven-inch bracelet is a classic example of a popular Art Deco style made famous by Cartier, the French jewelry house. What makes it special is a selection of old European and single-cut, VS- to SI-clarity, F- to I-color diamonds, weighing a total of approximately 8 carats, set in a vine pattern surrounded by carved emeralds, rubies, and sapphires. Cartier’s tutti frutti pieces have always been popular from way back in time when Art Deco pieces were first commissioned in 1901 by Queen Alexandra, wife of King Edward VII. Pierre Cartier fashioned a necklace inspired by India and its arts. Cartier’s Indian-style jewels were all the rage back in the day; people were drawn to the vibrant colors and exotic designs. Tutti Frutti became the chosen moniker only in the 1970s. 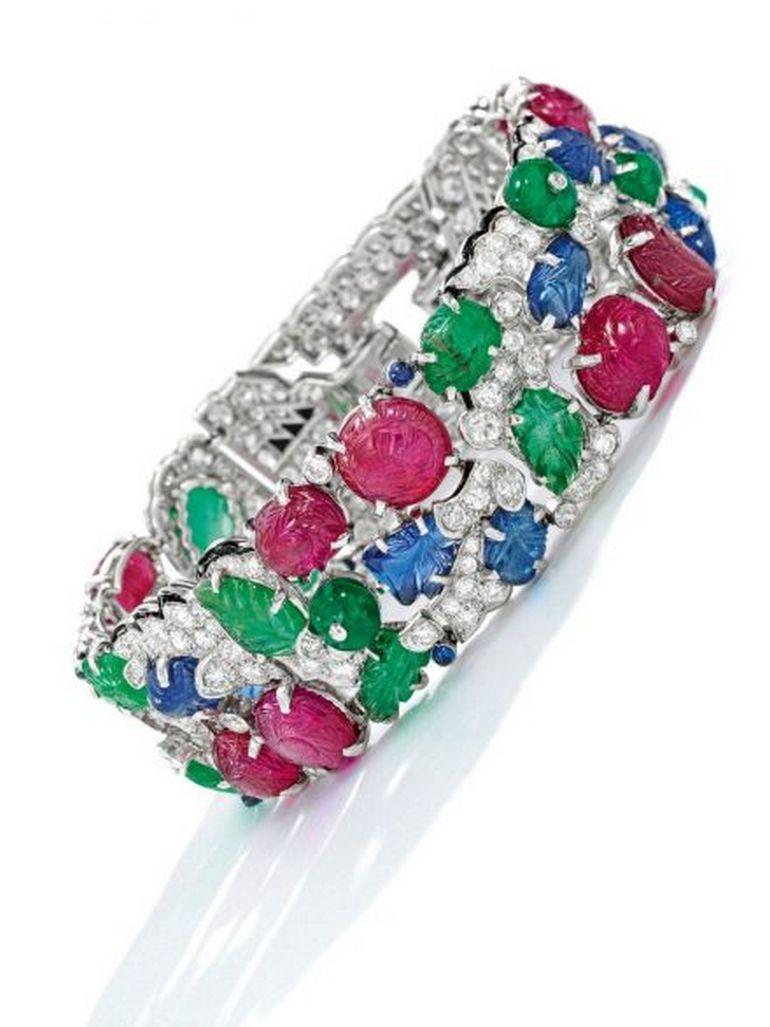 Sotheby’s online auctions in 2020 have seen an exceptional sale of 93 percent of all lots, with bidding from over 30 countries, and 30 percent of all bidders transacting for the first time with Sotheby’s.

Tags from the story
Cartier, Most-Expensive