I wonder if President Joe Biden sitting down for an interview with Jimmy Fallon on The Tonight Show makes the politician cool or Jimmy Fallon cooler. I think it’s a win-win for both. However, Jimmy Fallon does deserve a pat on the back for managing the casting coup, given that the 79-year-old president has given just ten interviews since taking office in January. On Thursday, the upcoming appearance was tweeted about by both Fallon and White House Press Secretary Jen Psaki. The Tonight Show tweeted, ‘Tomorrow night is going to be a big show: President @joebiden is here! #FallonTonight.’ Psaki shared that tweet on her account, adding: ‘. @POTUS on @FallonTonight tomorrow. Tune in!’

What followed was a barrage of comments on the platform. Outliergirl wrote, ‘Hollywood trying to save his presidency. He is the worst man who has ever sat in the Oval Office!’ Another user felt viewers won’t get to see most of the real deal as he wrote, ‘Train wreck coming….of course w/editing we won’t see half of it.’ Biden’s appearance will be virtual, unlike the very liked and friendly former President, Barack Obama, who made an in-studio guest appearance on “The Tonight Show with Jay Leno” in 2009. At this point in their Presidency, Obama had taken part in 131 interviews, and Trump had participated in 57 compared to Joe Biden’s barely a dozen. 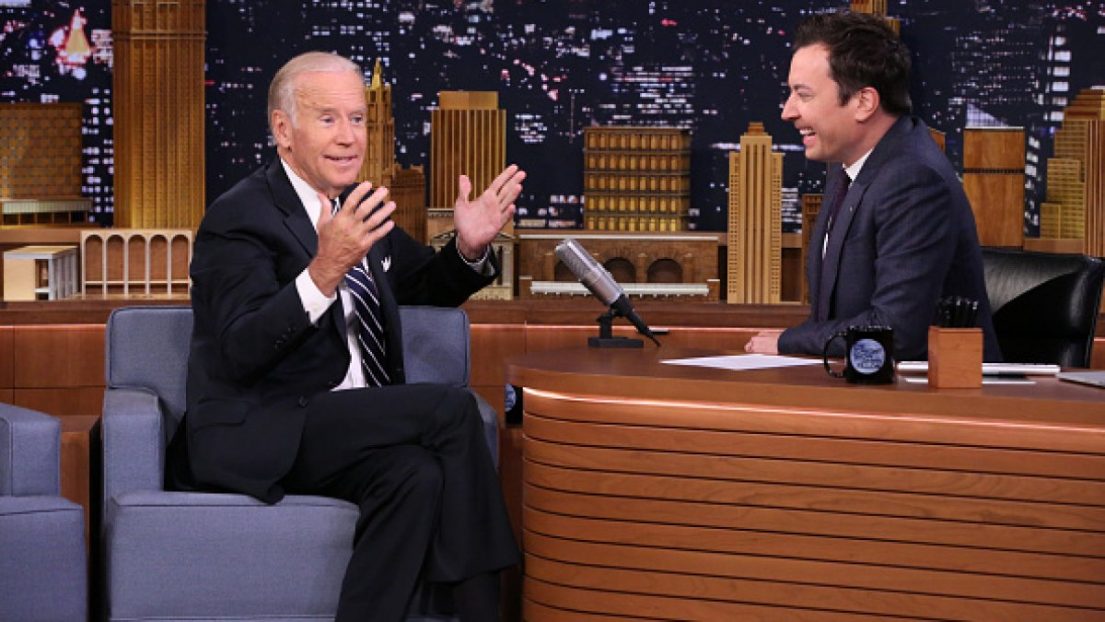 NBC said the interview would air at 11:35 p.m. ET on Dec. 10, and people can expect large doses of Biden’s cringeworthy attempts at humor. In related news, the US president had the country coming down on him for spending a whopping $139K on the White House Christmas tree lighting. In addition to the decorations, the tree lighting ceremony will add another $171,000 – all while the nation struggles to beat inflation.

Tags from the story
Joe-Biden