Oligarch Roman Abramovich, who once enjoyed lavish parties aboard the fabulous Eclipse and Solaris superyachts, lived a dream life and owned several businesses. The same oligarch is now living a nightmare of sorts. From being a shining example of the life money can buy, he is currently demonstrating the polar opposite. His net worth dropped to nearly half from $14 billion to $8.9 billion. One of the billionaire’s company ‘Truphone’ is being sold for just $1 to two European entrepreneurs. You read that right, Truphone a mobile network company headquartered in London is being sold for less than the price of a bottle of Evian water. As per Business Insider, Truphone is currently worth a whopping $512 million. It was worth $410 million in 2020 and received almost $375 million of investment from Abramovich and his business partners, Alexander Abramov and Alexander Frolov.

It is not that the company has not been performing well but it is the imposed sanctions on Roman Abramovich that he has to part with his venture at a throwaway price. Hakan Koc is one of the two entrepreneurs bidding for Truphone, according to The Times. Koc has been recognized as an associate of Frolov. Frolov’s son has funded Koc’s used car marketplace Auto1, and once the deal goes through, Koc will own 90% of Truphone. The second man in question is his business associate and private equity investor, Pyrros Koussios, who would hold 10% of the company.
With headquarters in London, Truphone has offices in ten countries spread across four continents. In addition to losing Truphone, Abramovich also dealt with the loss of his prized Chelsea FC. Last month, the $5.3 billion deal was finalized by a group led by LA Dodgers co-owner Todd Boehly and Clearlake’s investment firm, shared Business Insider. 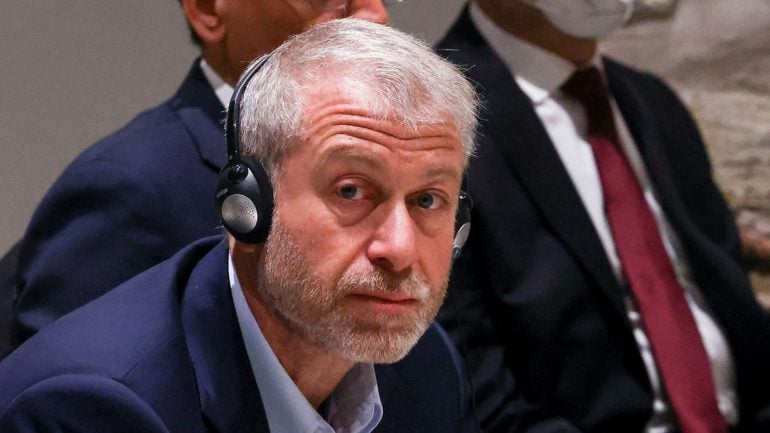 Roman Abramovich has witnessed better days:
A company worth $512 being sold for a measly $1 in a matter of months is genuinely shocking, even more so when the owner had created an example of his hedonistic lifestyle. Abramovich, who had resorted to pleading with his wealthy friends for money, once casually spent $55,000 just to fly sushi from his favorite London restaurant in a private jet to Azerbaijan.


The billionaire businessman paid a whopping $2.9 million to Lady Gaga for a 90-minute concert on his $600 million megayacht. To his long string of losses joined Truphone. Another gem lost from his entrepreneurial crown that boasts more than 3,500 multinational enterprises in 196 countries.
Tags from the story
Billionaires, Roman-Abramovich