The news first stormed the World Wide Web and the real world at large and now the anti-climax has just brewed up another such storm. Jane Birkin writes to Hermés and asks them to withdraw her name from the brand until they adopt ethical practices responding to international norms in producing the Hermés Birkin bags. Early this year the bag made headlines when a pink diamond-crusted Birkin bag got sold for a little close to $222,000. But a month back a PETA investigation ripped Hermes’ glory and brought down their castle of fame in the name of cruelty towards alligators and crocodiles were slaughtered at facilities in Texas and Zimbabwe. 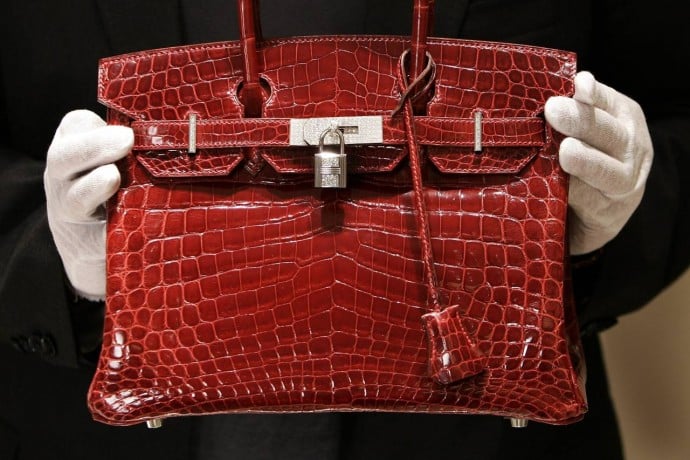 In her letter, the British singer who was the muse for the bag’s creation 31 years ago, said: “Having been alerted to the cruel practices endured by crocodiles during their slaughter for the production of Hermès bags carrying my name … I have asked Hermès Group to rename the Birkin until better practices responding to international norms can be implemented for the production of this bag.”

In response to this, Hermes also issued a statement. In it they mentioned that they have no hard feelings and are still friends with Jane. But they have already started investigating the authenticity of the video tapes that tore their 30-odd year reputation. The brand would be thinking at this moment that dealing with a marijuana case wouldn’t have pained them as much as destroying the heart of their business – the exquisite Birkin. This storm will not die too soon, most likely it will recur. Who will it be – Hermés, Birkin … or a depressed Birkin-fan Spice Girl or a Birkin-obsessed rich and spoilt Daddy’s little princess?