Bulgari has announced the launch of a haute – jewelry eyewear collection named Le Gemme. Designed and crafted in collaboration with Luxottica, (who has tied up with brands like Prada, Chanel, Tory Burch, and Burberry for eyewear frames) the collection is said to be inspired not just nature but also Bulgari’s iconic sapphire flower dated to 1950s and 60s. Handle assembled at Italy, you can pick between three unique sets of frames, including the women’s line Primavera, the Zephyr collection which is specifically for men, and the “pièce de resistance” Le Gemme Rare, that is a limited edition set of 10 glasses encrusted with precious stones.

In the Primavera set, you can opt for simple gold-plated frames or pick a more lavish style studded with semiprecious stones set in of yellow, rose or white gold. However, the Le Gemme Rare is the most opulent of them all. You can customize the glares with gold arms of the 50s-esque cat’s-eye glasses with as many as sixty elements. These include pavé diamond flowers, cabochon mother-of-pearl and sapphires. Prices for this range between $44,000 and $92,000. 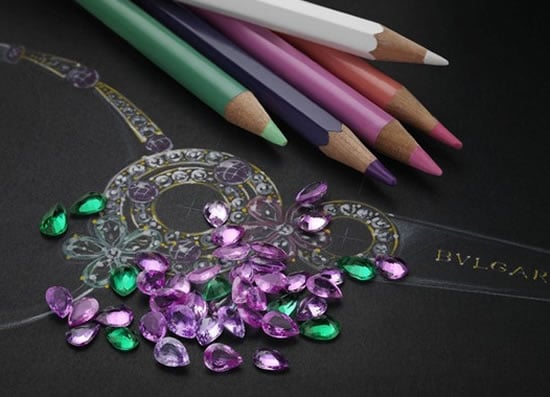 Tags from the story
Bulgari, Eyewear