The two new pieces from Bulgari’s Monete collection hold a secret. At first glance they appear to be adornments that reference the ancient Greek and Roman coins that are still popular as jewelry motifs, but a closer glance reveals that the bracelet and necklace are actually rather spectacular timepieces, which speak of Bulgari’s mastery in the areas of haute joaillerie and horology. 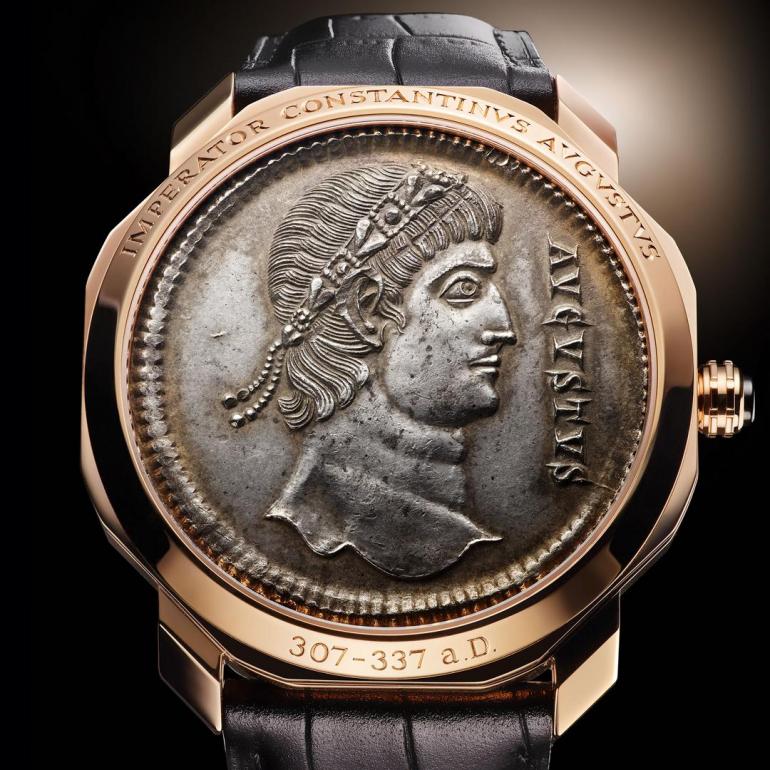 The Octo Finissimo Tourbillon Monete is certainly a secret watch as promised, but the leather strap and watch case, do not conceal its true purpose. Its façade depicts a rare coin featuring Emperor Constantine I – the same ruler who completed the construction of the Basilica of Maxentius in Rome. The coin was minted in 336AD by the emperor’s son Constantine II. 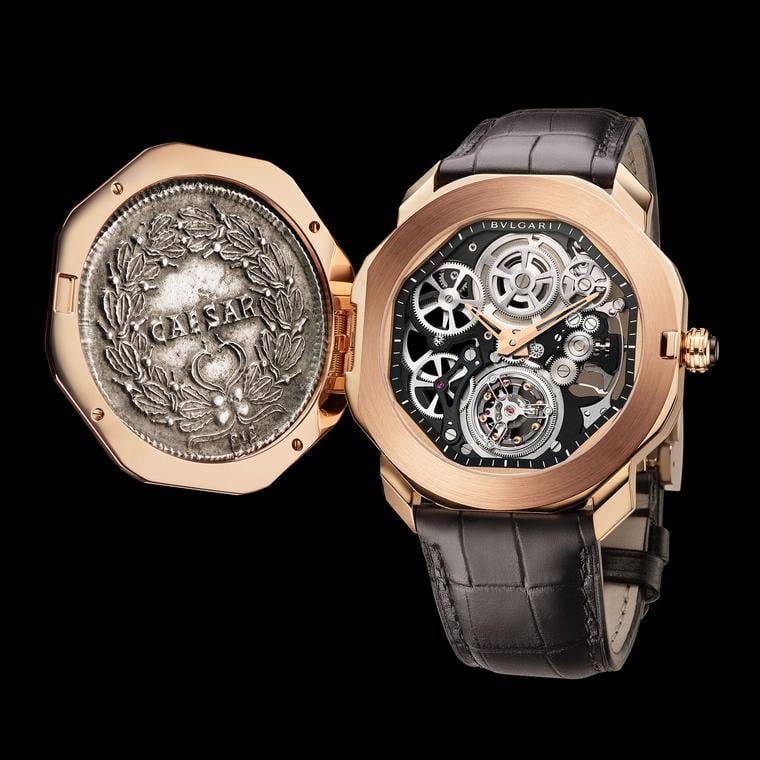 The octagonal watch case shape is inspired by the octagonal coffering used in the construction of the Basilica. The pink gold watch opens (with a press of the crown) to reveal the actual watch face. There is perhaps more to be impressed by on the inside as the openworked Bulgari’s Finissimo Skeleton Flying Tourbillon movement is on display and flaunts the world’s thinnest tourbillon. 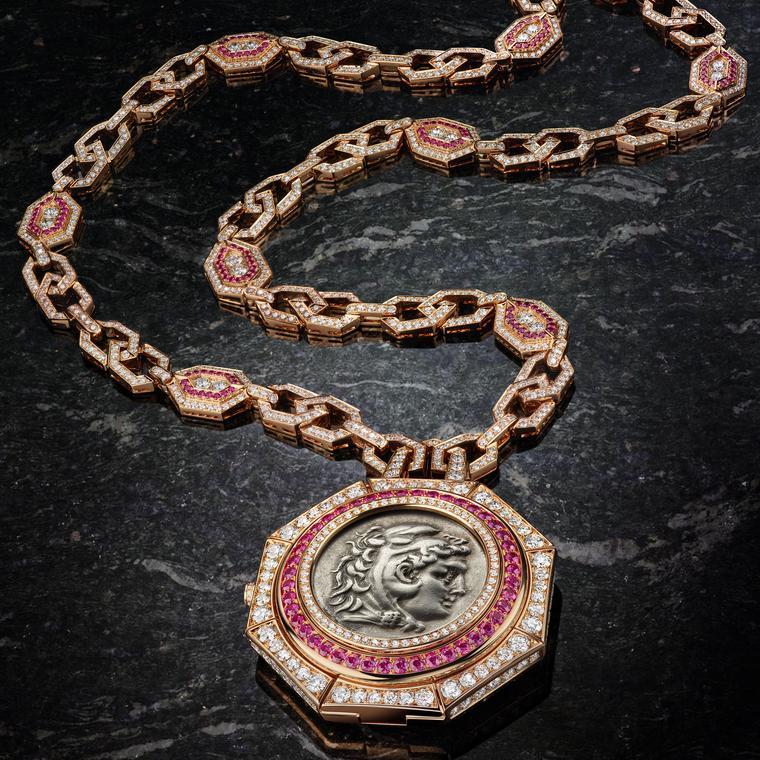 Meanwhile the Monete Pendant Secret watch leaves Rome behind in favor of Greece. The coin on the front of the watch is a silver tetradrachm depicting Alexander the Great. The coin is ringed by exquisite diamonds and rubies. 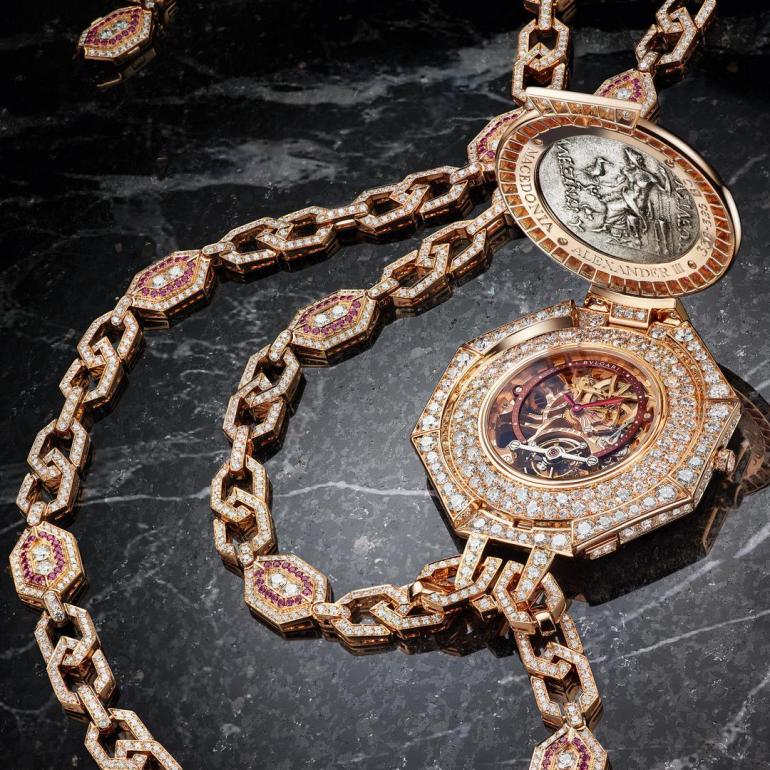 The pendant watch is powered by a skeletonized manual-winding gold tourbillon movement that can be exposed by lifting the coin cover. Bulgari’s master craftsmen have also lavished attention on the chain, which is comprised of large hexagonal links that are studded with diamonds and rubies.