A simple Google search reading ‘colors of Jamaican flag’ would educate world-renowned, 167-year-old luxury brand Louis Vuitton about the right colors. Fashion faux pas is usually made by models and Hollywood stars on the red carpet, but this time the baton of embarrassment is beaming in Louis Vuitton’s hands. The brand released a “Jamaican Stripe” pullover, inspired by the Caribbean islands national flag, but didn’t even feature the correct colors as the Jamaican flag. The error was first spotted by Twitter user @pam_boy, who noticed the $1340 sweater is colored red, green, and yellow instead of the green, black, and yellow of the Jamaican flag. The tweet read, “I cannot stress enough how important it is to implement diversity as a value and not a symbol within fashion companies.” Google search shows the significance of the chosen colors that represent those who “stood for the difficulties faced by the nation (black), its natural wealth, and the beauty of its sunlight (yellow), and agriculture and hope (green). You really can’t go wrong with this one until you are incredibly careless or don’t care. I wonder which of these two options LV would agree to. It’s quite shocking to see that this pullover made it through a designing, production, and marketing phase without any research.

I cannot stress enough how important it is to implement diversity as a value and not a symbol within fashion companies. pic.twitter.com/neg2W3uIE3


Some Twitter users also pointed out that the sweater looks as if the Rastafarian flag inspires it. Louis Vuitton realized the goof-up and was quick to make necessary alterations, updating the sweater’s description to remove the word flag and swap it with cultural heritage. 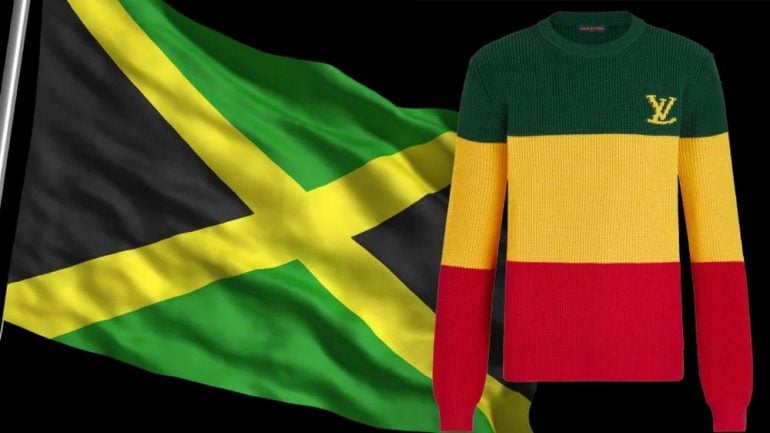