The buzzword in the luxury market is ‘collaborations’; almost all high- street, as well as luxury brands, are experimenting with these partnerships and while few may have met with a lukewarm response, most have sold out within minutes. Collabs are gaining popularity for a plethora of reasons; brands piggyback on each other’s goodwill, provide marketing opportunities, and even opening alternative avenues for sales. These ‘blink and miss out’ capsule collections are desperately sought after and if nothing else, generate palpable excitement and golden PR opportunities.

‘According to a recent study by Bain & Co, it is projected that Millennials and Generation Z will account for 45% of the global personal luxury goods market by 2025’. Most old-timer luxury brands have embraced this reality early on and it reflects in their selection of partner brands.

Here is a list of the most revolutionary luxury brand collaborations of this past decade that I couldn’t wait to get my hands on. 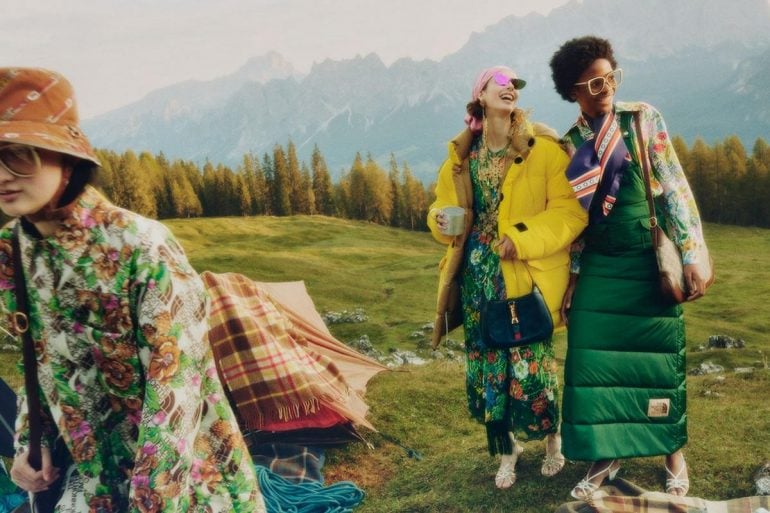 Gucci c The North Face
When two behemoth brands like Gucci and The North Face joined forces in December 2020, nothing less than extraordinary was expected. The North Face, an undisputed leader in outdoor gear teamed up with Gucci to create an exquisite collection at a time when being out of the house was a scarce commodity and hence, considered luxurious. 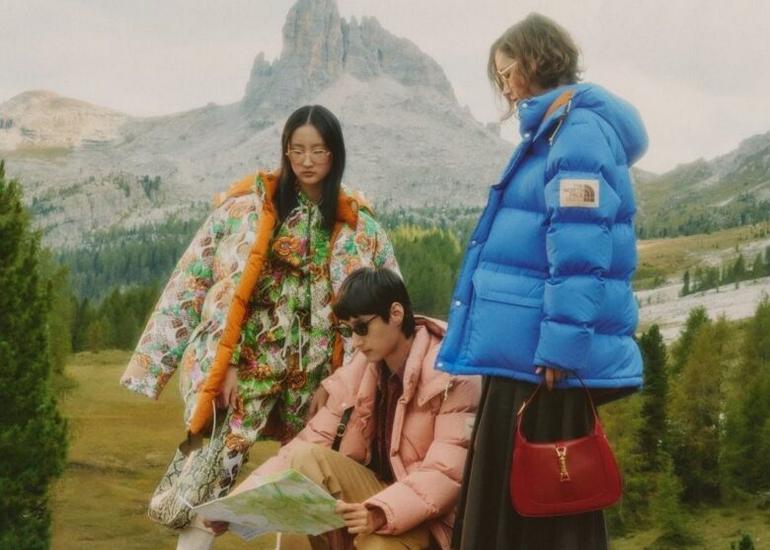 “I don’t differentiate between beauty and functionality,” said Michele, Gucci’s creative director about the collaboration. “I find it very comfortable to be beautiful and I find it very beautiful to be comfortable.” The collection had a strong vintage feel and comprised of an assortment of retro- funk wear including hiking boots, puffer jackets, and sweatshirts emblazoned with the dual logos for the ‘luxe explorer’.


We saw celebrities like Jennifer Lopez, Kendall Jenner, and Bella Hadid adorn the winter wear, giving ‘Glamping’ a whole new spin. While some critics frowned upon this odd mishmash of brands calling The North Face a sellout, most welcomed this collection as a cheerful respite with its prints and colors from the morbidity of the pandemic. 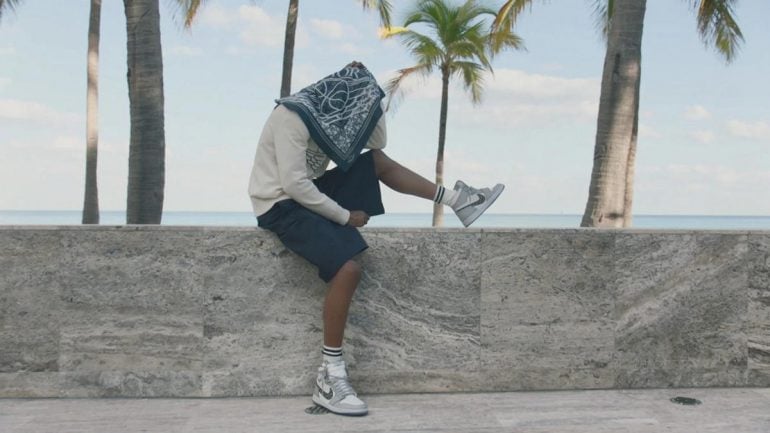 Dior X Nike:
Dior’s collaboration with Nike in mid-2020 strategically targeted Gen Z and millennials, who were not naturally drawn to Dior. The strategy of creating 8000 limited edition sneakers worked like a charm and five million individuals signed up to buy the Dior x Nike Air Jordan1 sneakers, leading to a sold-out collection in a few minutes. Superlative marketing prowess was exhibited by both brands which allowed Nike Air Jordans which ordinarily sell at $100-$200 to be priced upwards of $2000, making them probably the most expensive Air Jordans to be ever sold in the primary market.


Celebrity endorsements from the likes of Kylie Jenner, Travis Scott, and Ashanti reinforced the star value which led to resale websites like Stockx.com and Farfetch to retail them for more than $20000! The demand and supply gap made these shoes an absolute aspirational buy even during a rough year. 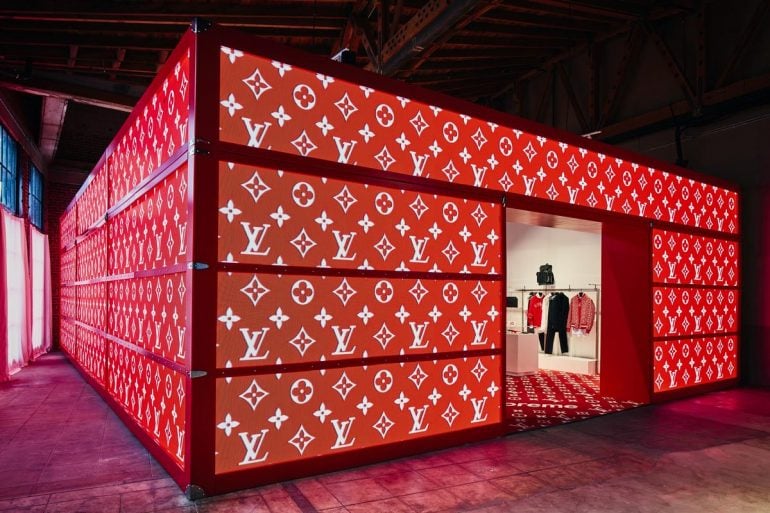 Louis Vuitton X Supreme:
It was a marriage of titans, way back in 2017 when the cult-favorite streetwear brand Supreme introduced a collection with LV. This collab included dually branded denim outerwear, baseball jerseys, pajamas, hoodies, and accessories like headwear, bags, belts, gloves, blankets, and much more. It was an unexpected partnership, given that both brands catered to diametrically opposite audiences, Supreme historically attracted the younger, trendy crowd while LV had its traditional, luxe clientele. But this disruption proved to be its unique selling proposition. LV’s menswear designer Kim Jones was a known ‘streetwear aficionado’ and Supreme’s alliance bought LV enough street cred to warrant the authenticity and reinvigorate the brand. And it gave Supreme an entry into a new playing field of luxury brands where it saw its logo alongside LV and commanded LV prices.


LV’s revenue increased by 21 percent to 18 billion USD and in the LVMH 2017 annual report, the Supreme collaboration was directly attributed as a factor for this growth.
Much like Dior and Nike, this partnership was a step towards rebranding and alluring younger audience to own exclusive pieces much like their beloved A-list celebrities – Lady Gaga, Justin Beiber, Beyonce, Madonna, and even Homer Simson from ‘The Simpsons’, who proudly flaunted their spoils all over social media. 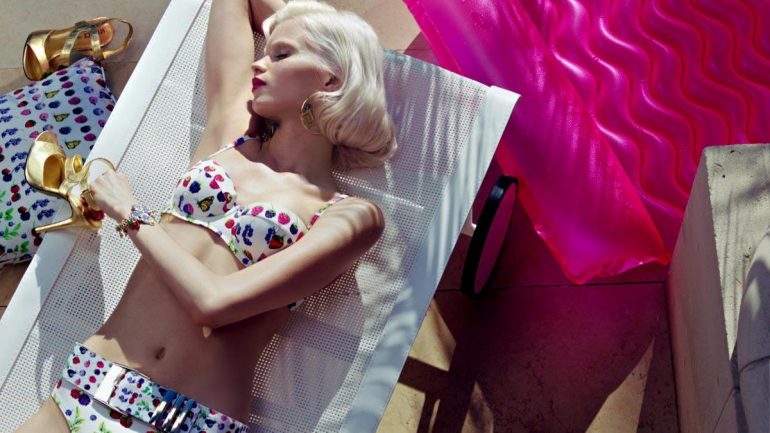 Versace and H&M
A unique pairing in November 2011 was of Versace with H&M, making it a historical moment in the world of fast as well as luxury fashion. Blake Lively, Uma Thurman, and Emma Roberts were a few of the celebrities who showed up for this iconic launch in New York and brought inarguable star power to the event, co-hosted by none other than Donatella Versace. This type of collaboration was a surefire commercial success for H&M as its customers managed to snag pricey Versace outfits at a fraction of the cost and the publicity for both brands went through the roof. 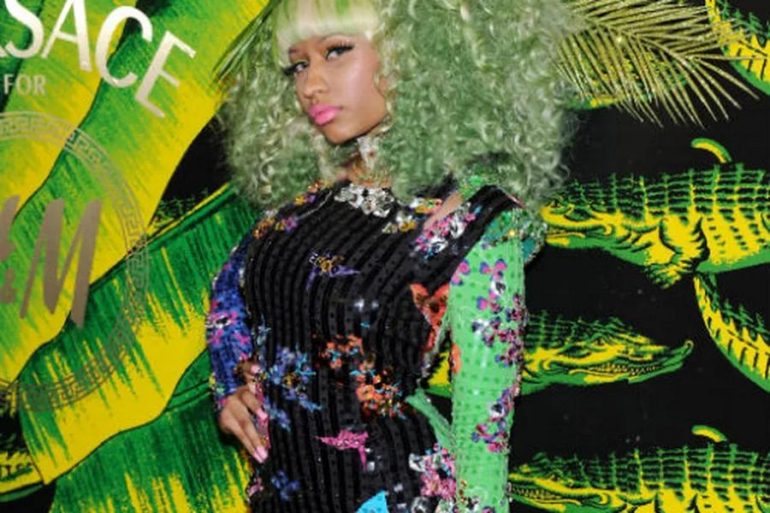 It also paved the way for many such successful collaborations for H&M in the future like with Marni, Alexander Wang, Balmain etc. This collection sold out in the Dubai and Beijing stores in 30 mins flat while their website crashed in minutes due to high traffic. Customers quickly scavenged resale websites like eBay to get their hands on the coveted collection but at much higher prices. 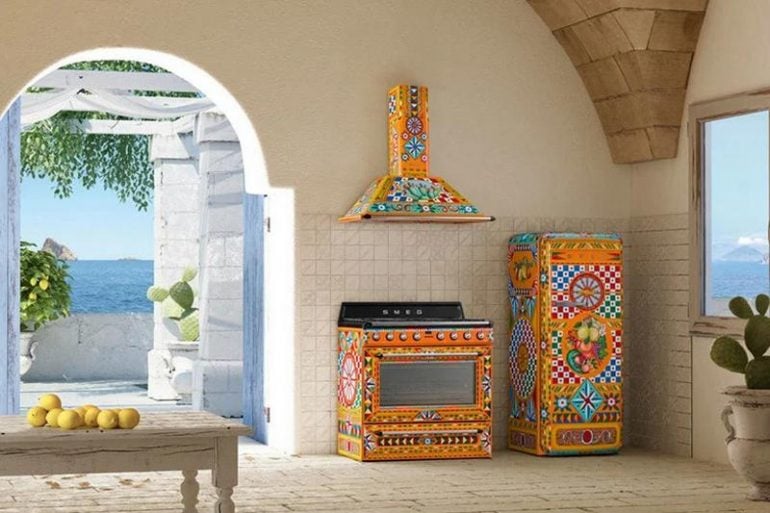 Dolce and Gabbana and Smeg:
The dreamiest collaboration for me was between the two Italian superstars, D&G and Smeg who partnered three times over the last five years to launch variants of their ostentatiously stylish yet functional home appliance collection. 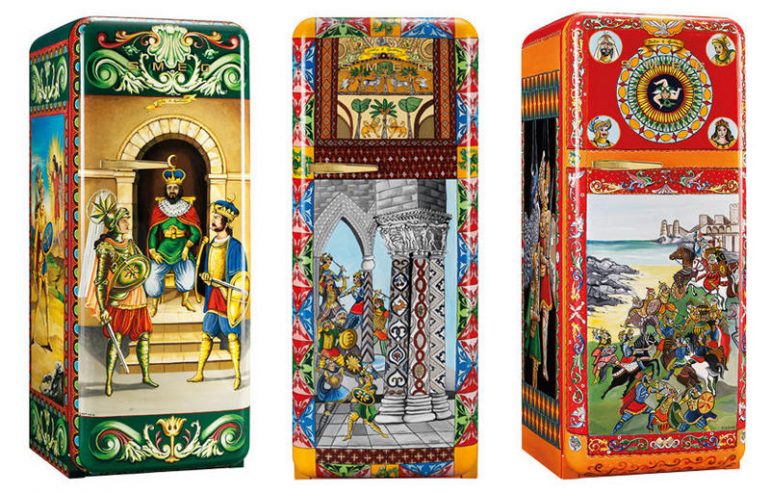 It was way back in 2016 at the Milan Design Fair when the world was introduced with much fanfare to their collection. Their wonderfully odd, hand-painted refrigerators from the Sicily collection sold at a whopping price tag of $50000 each. These 100, snazzy works of art were a visual delight for all the fashionable homemakers and collectors as they ‘merged Smeg’s functionality and performance with the dazzling colors and vibrant imagery of Sicily for which Dolce & Gabbana are famed’ 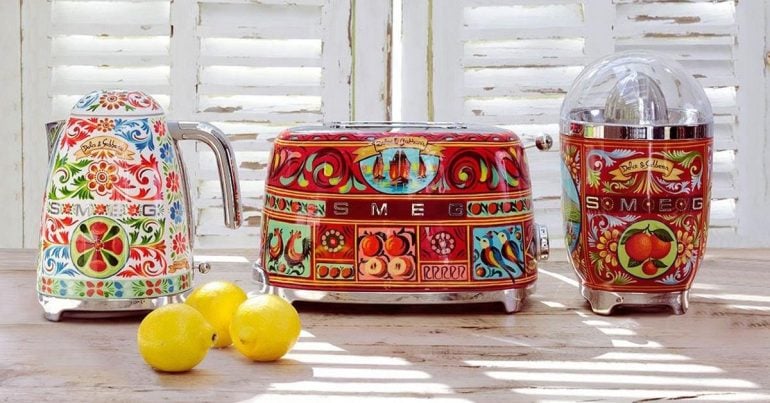 The two brands joined hands again in 2019 and launched another range of smaller home appliances including kettles, toasters, and coffee makers. This range became Instagram famous when Kris Jenner gifted them as party favors at her Christmas bash and Kim Kardashian took to social media to declare her mom’s generosity and sing praises of this collection. 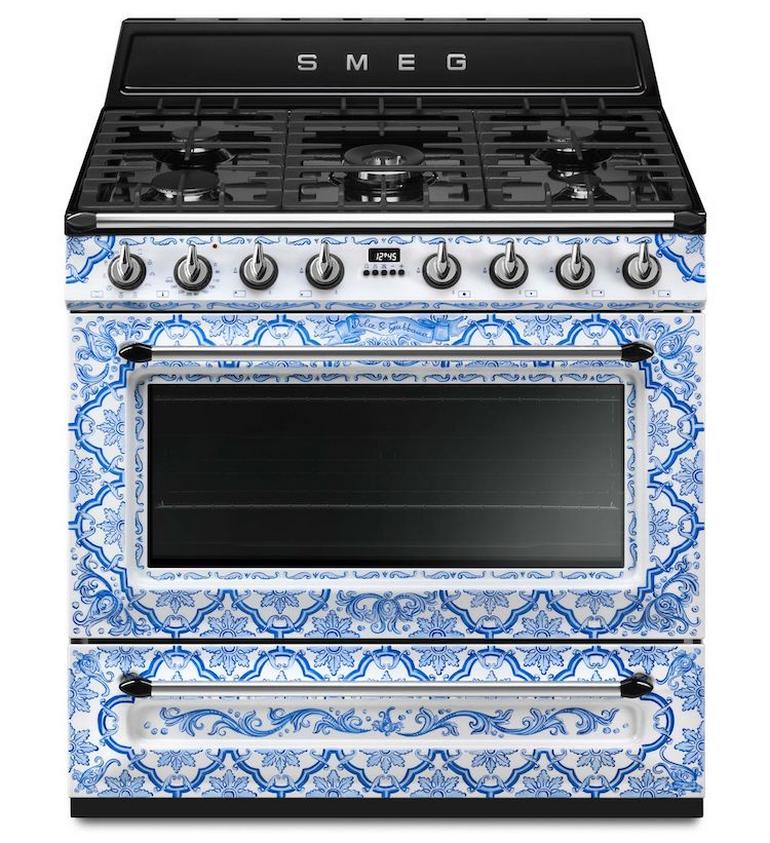 The third installment of this collection was Smeg’s best-selling Victoria range cookers, which were redesigned with ‘blue and white Majolica patterns inspired by the Mediterranean’.

With these examples, it’s evident that while brands reinvent themselves with every collaboration, the customers benefit from distinctive designs and one-of-a-kind offerings, making these alliances a win-win situation for both. And if I could pick any two brands for a collab in the near future, it would be Chanel and a homeware brand, just thinking about owning a limited edition Chanel tea set gives me delightful goosebumps!