Photographer Tyler Shields is known for his provocative images, especially the attention-grabbing pictures he takes starring celebrity models. His latest project is getting pretty hot, no we’re not being funny, Shields literally burned up a trunk for a photo series titled Provocateur. And not just any trunk, Shields set fire to a Louis Vuitton Trunk worth a staggering $15,000. Talk about having money to burn! 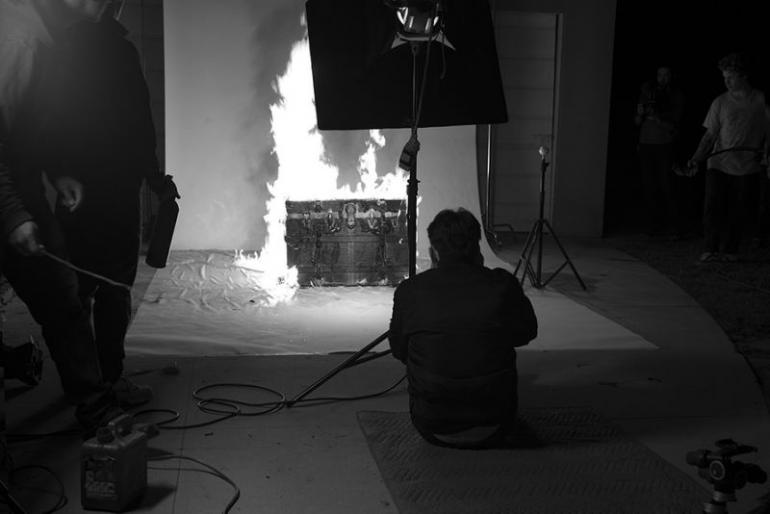 LV fans are probably shedding tears as they read this, but for Shields, it was all in the name of art. He described the experience as “crazy” and went on to say, “This is one of the last shots I did for my new book. It took me a few years to find the trunk as they are rare and not cheap.”

Designer destruction seems to come easily to Shields who has wrecked a Birkin handbag from Hermès and a Rolls Royce Silver Shadow for previous projects. He shot to fame thanks to his shock-value photos of celebrities including Lindsay Lohan, Emma Roberts, and several others. 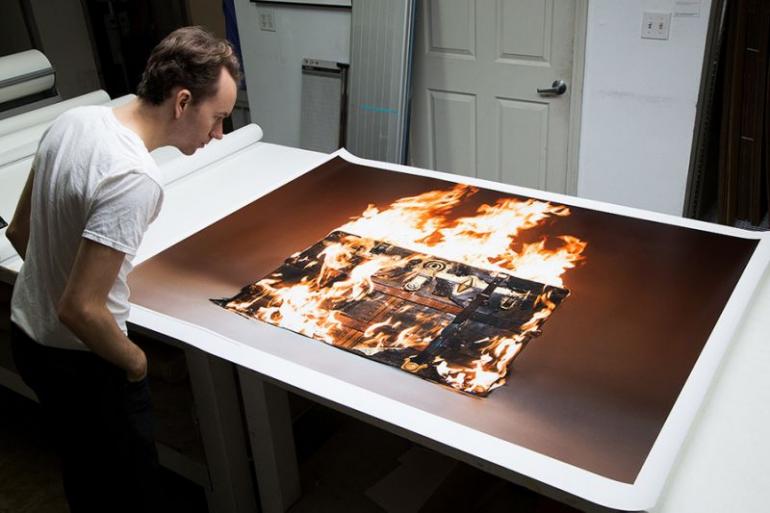 He did use the trunk for a few non-flaming photos as well, but we’re not sure the Vuitton fans will be comforted by that! Shields has something of rags to riches story which might explain why so many of his photos are about the decidedly non-glamorous side of fame and wealth. “I think what people love about me is that I was a poor kid from Florida who had a piece-of-s*** camera,” he said in an older interview.