The Game of Thrones finale that aired last Sunday finally brought to an end to one of the biggest TV shows of our times that has spanned over eight years through eight seasons in total. GOT is currently the hottest topic on the internet, which is quite literally flooded with news, tributes, memes, reviews and what not. Amongst all this noise, luxury customization brand Caviar has revealed a blinged-out version of the Samsung Galaxy Fold which is themed around The Game of Thrones. The Russian brand over the last several years has become famous for launching customized versions of the iPhone that are embellished with some of the most expensive materials known to man. One of the recently launched customized iPhones by Caviar even has a mechanical watch fixed to the backplate. The Samsung Galaxy Fold is yet to make its official market launch, but that hasn’t stopped Caviar from revealing its intentions for creating a gold version of it. 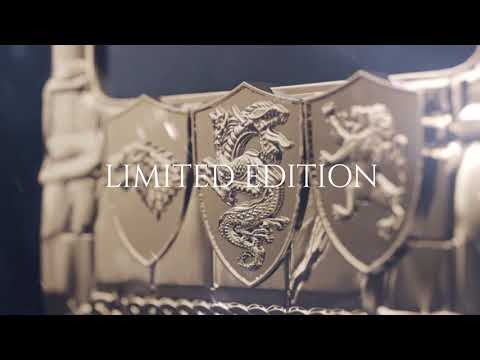 The customized Samsung Galaxy Fold focuses on George R.R. Martin upcoming book from his Game of Thrones series on which the television show is based: The Winds of Winter. Elaborate decorations made of solid gold adorns the outer panels. The design on the golden elements refer to the story of the famous “A Song of Ice and Fire” saga. Along with the map of Westeros, the gold frame on the panels depict dragon, lion, and wolf. Caviar says it will issue just seven units, symbolizing the seven houses and bearing unique designs. While the Game of Thrones-themed Galaxy Fold is available for pre-order, Caviar says “the start of sales will begin with the opening of the official Samsung Fold series.” if you want one, you’ll have to shell out a whopping $8200. 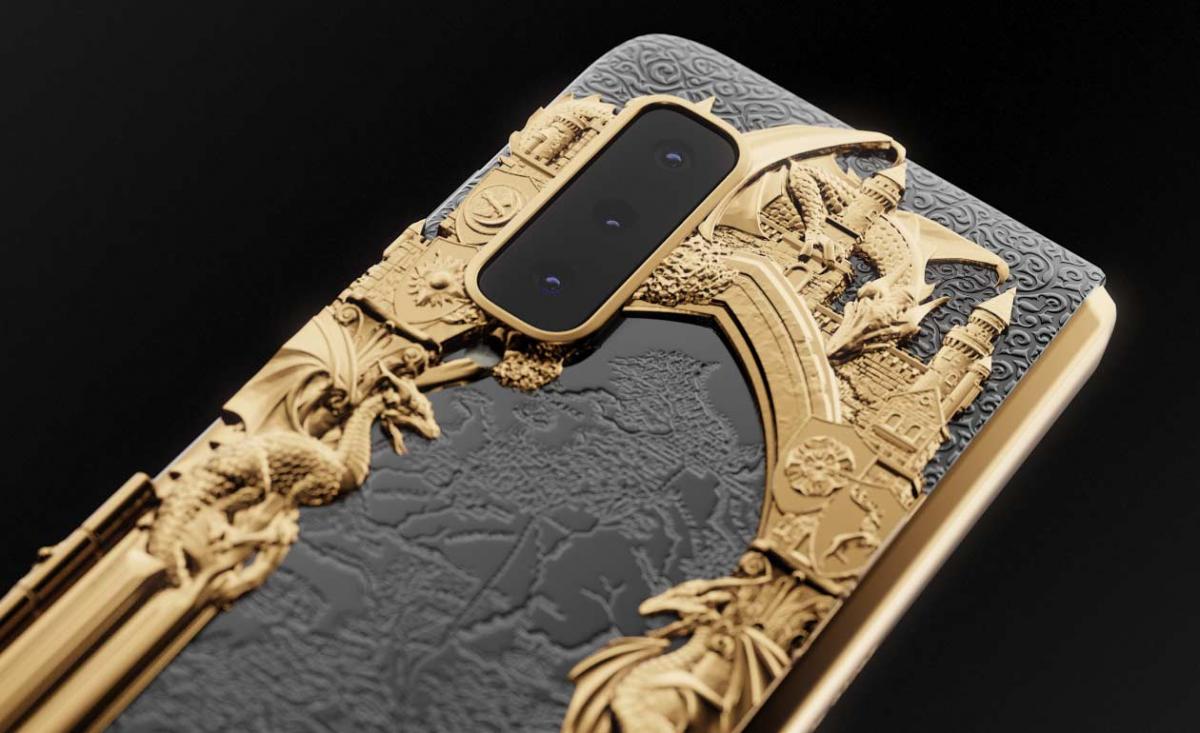 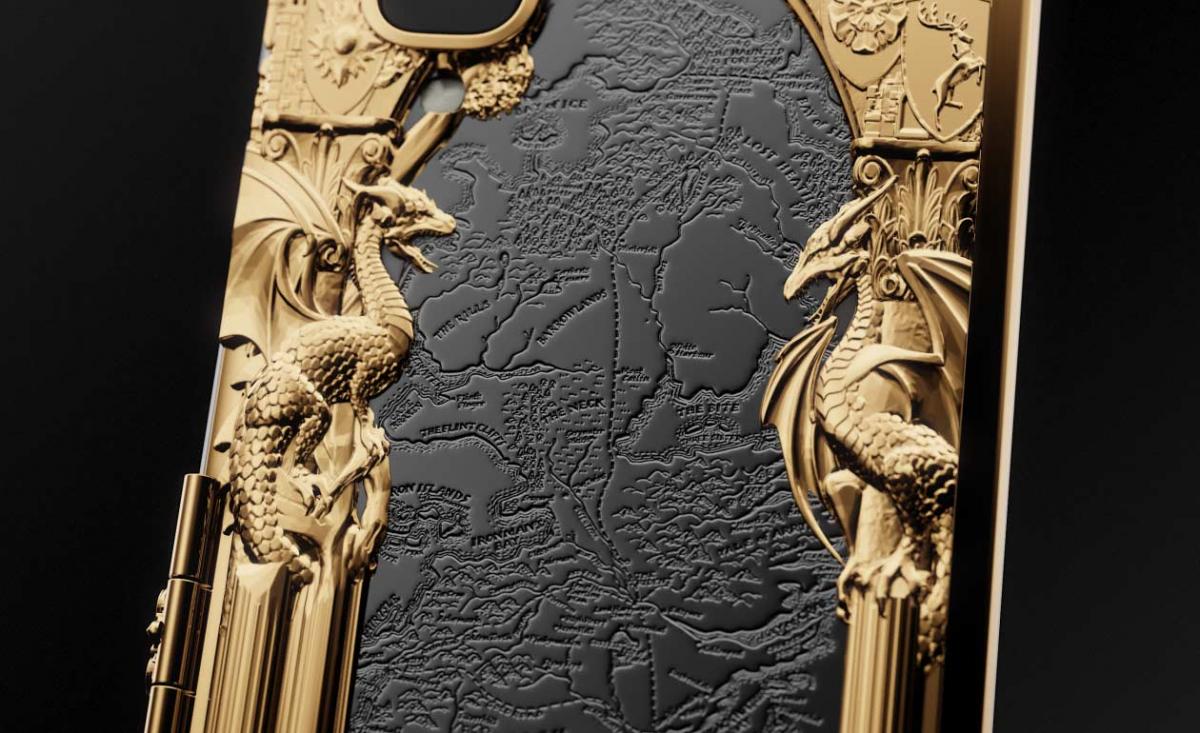 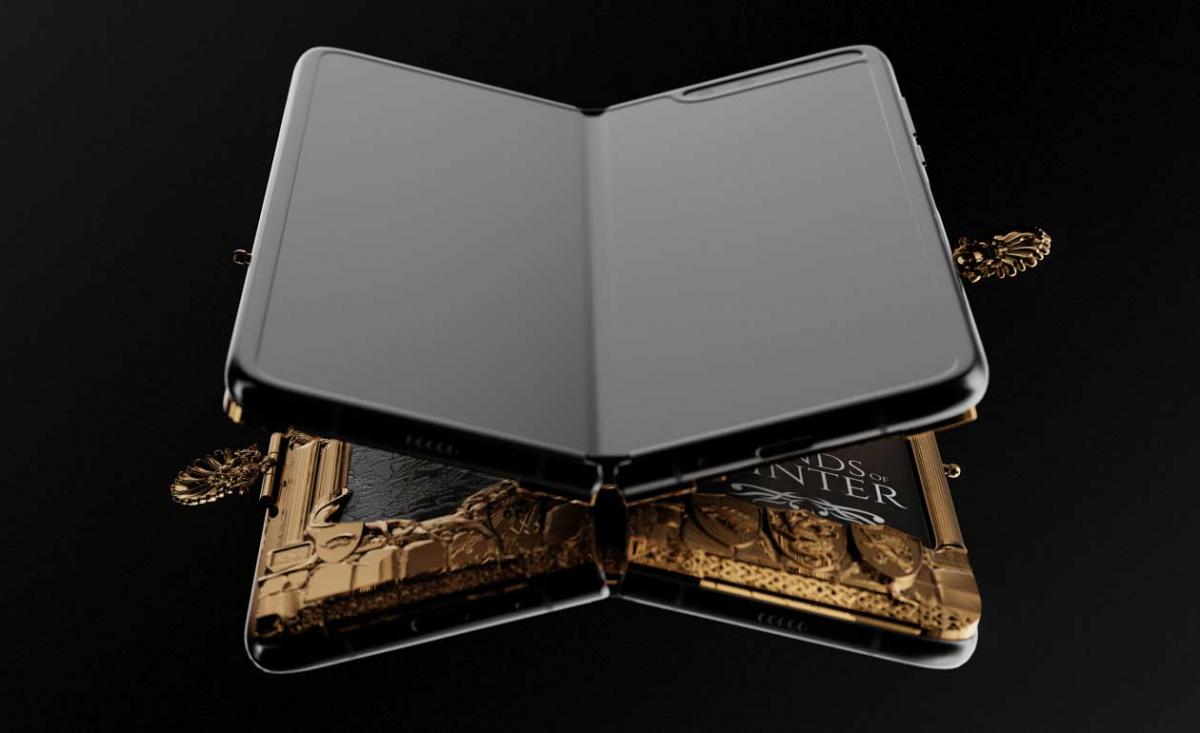