It was about time that someone came up with this and who better than Bling My Thing to do the honors- a fully blinged-out version of the Apple MacBook Air. Aptly called the Golden Age, it is made from 12,000 Swarovski crystals. The gilded look is thanks to the crystals being specially coated with 24k gold from underneath. The design pattern takes inspiration from a traditional Japanese pattern. Each “Golden Age” takes a week to create as each crystal is applied one at a time on to the hand-painted surface.

Making its debut at CeBIT, the notebook can also be viewed at Selfridges, Oxford Street, where the department store will sell one of the 20 “Golden Age” notebooks as of 18th March for £20,000 ($39,750). 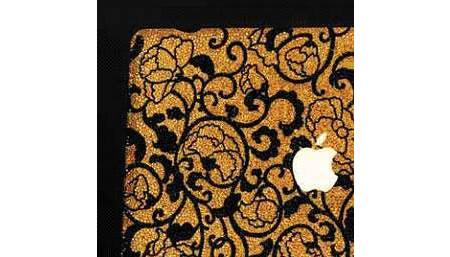