About a year ago Apple announced its partnership with celebrated fashion house- Hermès. In continuation of this very association, the French marquee is all set to roll out special Apple watch bands, that are anything but ordinary!

The exclusive new wrist bands feature the “Equateur Tatoutage” print of Robert Dallet fame that depicts a jungle battery with a tiger. The unique embellishment holds in its all-leather body, a metal clasp, and distinctive leather loops. Further, its insides are made of brown leather material with the connecting lugs churned out of striking silver. The unique pattern on the band is a fresh new shift from the standard apple make-up and if nothing, are sure to catch the fancy of the fashion-obsessed. 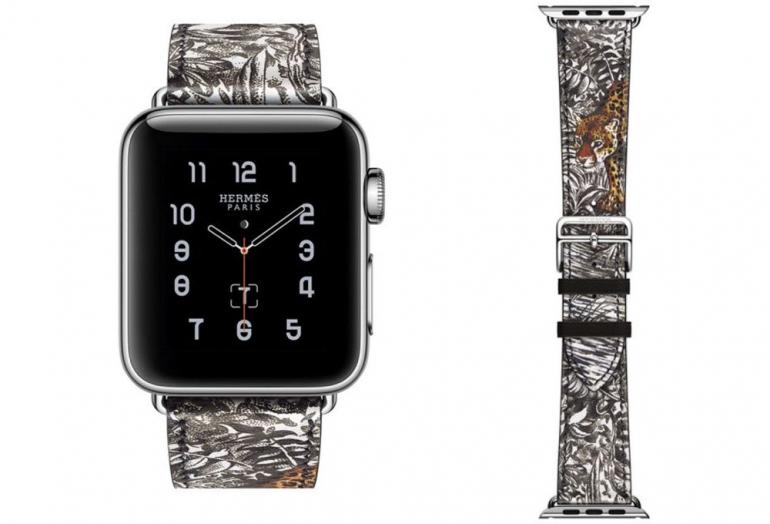 However, unlike Apple’s previous tie-up products with Hermès that were openly retailed by both brands, this particular Robert Dallet band will be available only at select Hermès outlets. Also, being part of the Hermès lineage, the band is bound to carry a ridiculously heavy price tag- this one being retailed for $442 USD (close to most of the higher end of Apple’s own accessory lineup for the Apple Watch).

Although brands like Coach and TOMS (amongst a series of other local brands) have independently rolled out their own Apple watch bands in the past, Hermès is the very first luxury fashion brand the tech-giant has officially tied up with. Strategically released in time for the holiday season, the pricey band is estimated for a quick sell out. So in case you were planning on buying one, better get running (with you stash) to the closest Hermès boutique!