Growing up a Disney fan, did you ever wish for a letter from the Fairy Godmother (hey, don’t look at me) or wondered what it’d be like goofing around with, well, Goofy and his Pals? Four Seasons clearly thought you should. The luxury, five-star hotel management company has enhanced its famed service culture by collaborating with Disney for one of the most anticipated luxury resorts. I’m talking about Four Seasons Resort Orlando at Walt Disney World Resort and when I say, “the most anticipated”, I literally mean it. The property was featured at number 3 on our ‘9 most anticipated luxury hotel openings in the US for 2014’ list but this latest addition could bump it further up. 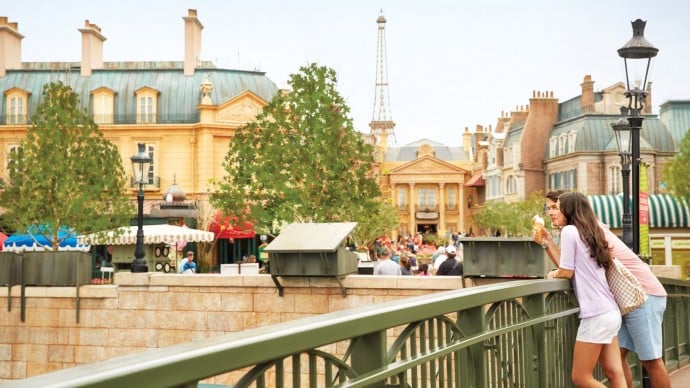 Opening this August, Four Seasons Resort Orlando was already garnering “oohs” and “ahs” for its breathtaking setting and rooms with views of the Magic Kingdom Park nightly fireworks. Now the property has added an on-site character breakfast and Disney Planning Center, plus availability to offer In-Room Celebrations for a complete destination experience of the Walt Disney World. “We could not be more delighted that Disney chose to collaborate with us,” said Thomas Steinhauer, Regional Vice President and General Manager for Four Seasons Resort Orlando at Walt Disney World Resort. “Our Resort offers incredible amenities never before seen at a stand-alone luxury resort in Florida.”

Disney Planning Center – Or where concierge equals Disney Cast Member. It’s true, guests can meet one-on-one with a Disney Cast Member to plan their stay, or receive assistance with their ticket arrangements for the Disney theme parks and dining reservations at Disney restaurants.

Disney Character Breakfast – Remember that thing I said about Goofy earlier? Guests can enjoy a twice-weekly “Good Morning Breakfast with Goofy and his Pals” character breakfast at Ravello restaurant. While I can’t wait to be in one, the good news is during peak periods, the Goofy buffet would even go up to three times.

Disney Event Group – If breakfast buffet isn’t all you want, you can even host events at Four Seasons Resort Orlando at Walt Disney World Resort. No surprises there- they feature Disney décor, entertainment, characters and more! And even offer access to events in some of the Disney parks! 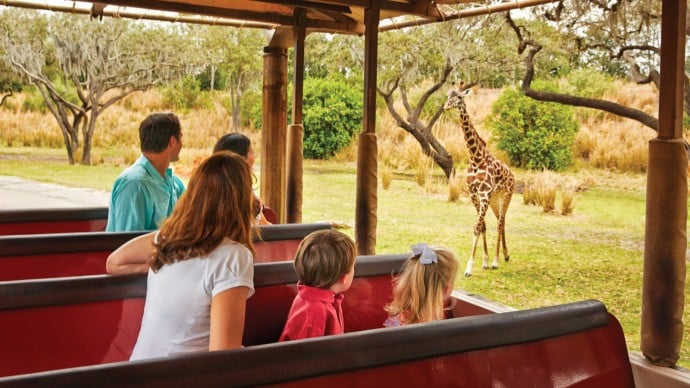 Park Souvenirs – Found that perfect souvenir but find carrying it around cumbersome? We understand. So does Four Seasons. Which is why, your purchases at the Disney Theme Parks can be delivered directly to the resort. So feel free to shop away! Same day delivery is offered conveniently at all four of the Disney parks. 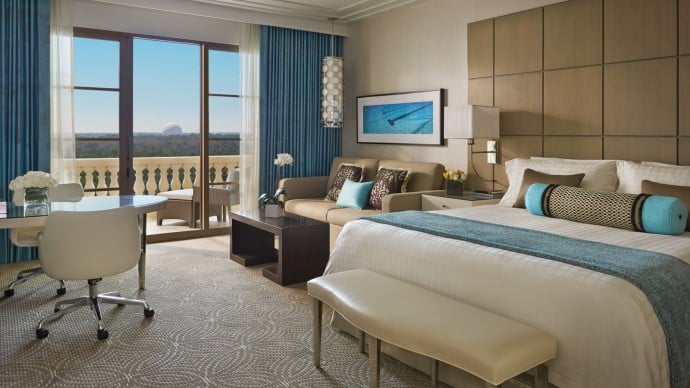 If we said “ooh” and “ah” before, we’re going to move on to “wow”. Through In-Room Celebrations, guests can expect to find a great, Disney-themed surprise. The “Presenting Your Royal Princess” In-Room Celebration, for instance, includes a banner hanging outside the door of the room, a personalized royal princess proclamation and a letter from the Fairy Godmother, and a large pink box filled with princess treasures, including a tiara and magic wand. From princesses to even pirates, the resort offers several in-room options. If like me, you’re a sucker for the little details (and Disney), Four Seasons Resort Orlando at Walt Disney World Resort is now accepting reservations for August 3, 2014 and beyond.

Tags from the story
Disney, Four-Seasons