Engineers from the Canadian firm WSP have joined forces with Innovation Imperative to create plans for a fascinating new hotel with a modular set-up comprised of concrete pods. The project is called Tetra Hotel and while no location for it has as yet been finalized, it is a concept that sounds exciting and futuristic.

In artistic renderings, the faceted concrete pods seem to balance on a single point. Each one would be around 19m tall and they could be set up differently depending on the needs on the site. 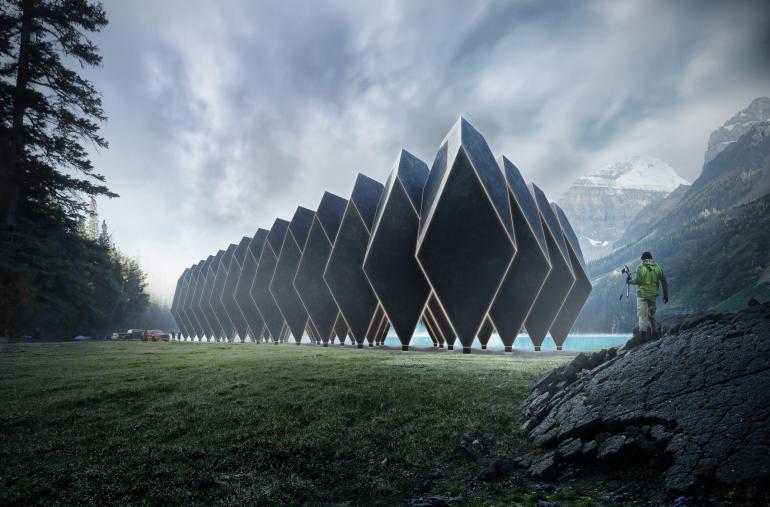 Ross Harvey, technical director at WSP told Dezeen, “The pods are designed to be stable in groups of four, giving endless variety for their arrangement to reflect the architectural designs response to the unique natural forms of the chosen location.” 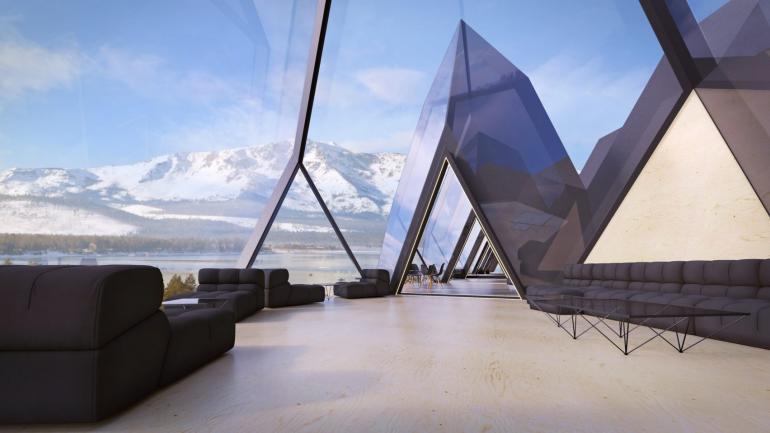 The idea behind this concept is that the pods could be created remotely in a factory and then transported to the hotel site and set up to create the hotel. It sounds too easy, but the Tetra Hotel pods are still only in the concept stage. 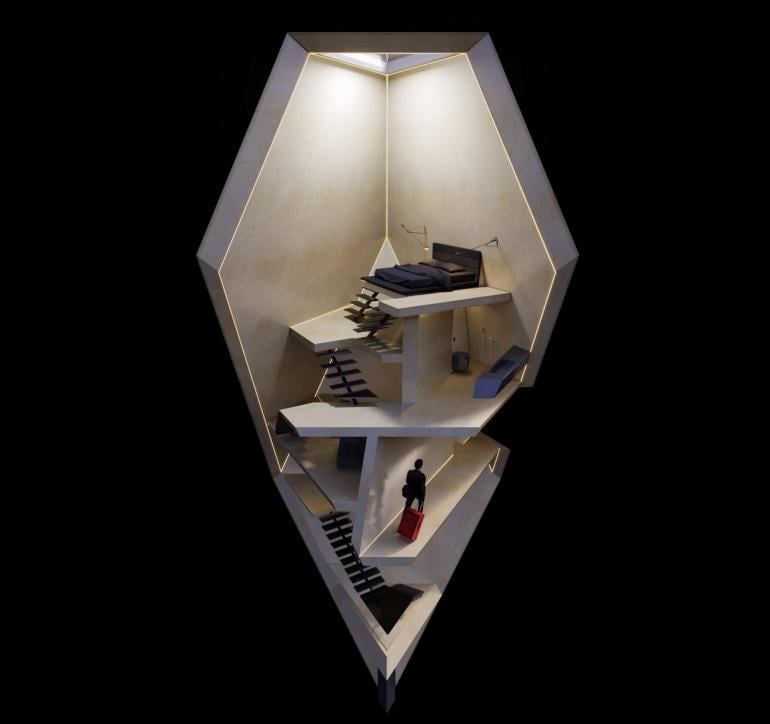 According to WSP’s press release, ‘Each pod will feature multiple floors with the top storing a large bed set under a skylight while a shower will be located just below it. A third platform will feature a couch for entertaining, and just beneath it at the bottom of the pod there will be a secluded working area with a full desk. The hotel will also include bars, restaurants, spaces for markets, exhibitions and fairs that have been designed to attract and promote talented designers and creatives from around the world.’

Locations under consideration include Cape Verde, Norway, Canada, New Zealand, Spain, Portugal, Andorra, Hungary and the UK. The first hotel location will be revealed this summer with others to come. The Tetra hotel will also be sustainable. Not only is the project engineers to be low energy, but the hotel’s will be off the grid using local sea water for cooling and solar thermal panels for hot water heating among other green technologies.