Ever since she sold her eponymous beauty brand to Estee Lauder, Bobbi Brown has been looking for new projects to sink her teeth into. One of these is her wellness website called Evolution 18, but the other is more surprising: a hotel in Montclair, N.J. called the George. 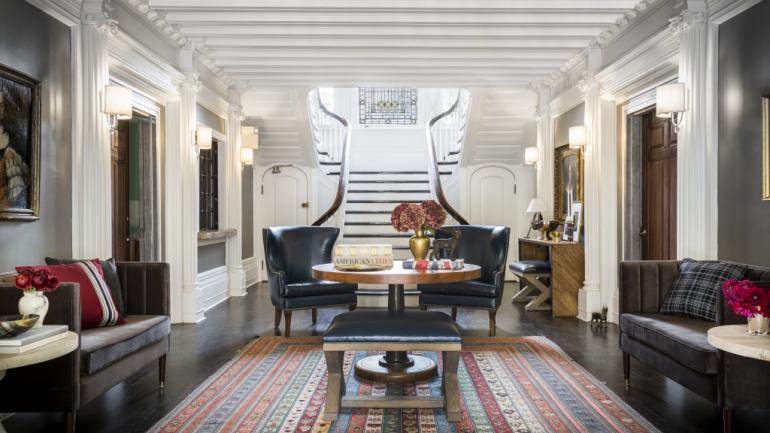 The George is a 32 room boutique hotel that surprisingly draws inspiration from George Washington and it opened just last month. The property, a 1902 Georgian Manse, was actually a purchase by Brown’s husband developer Steven Plofker. When Plofker thought of turning the former residential home into a hotel, Bobbi was a natural choice for a partner. 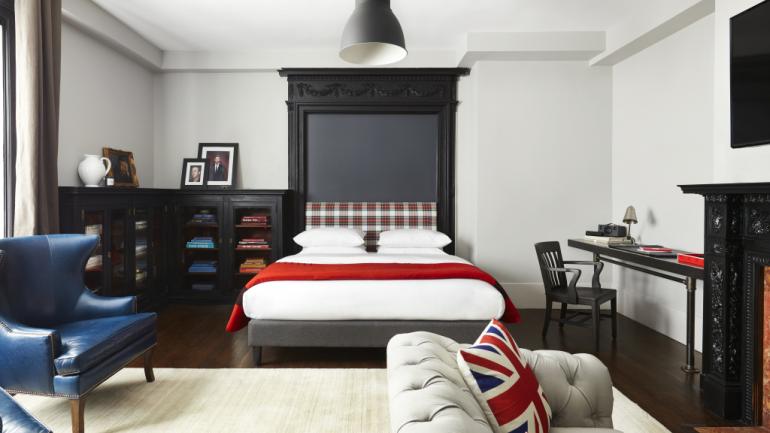 So with aesthetics and design being such a huge part of her original brand, how did Bobbi design this new space? “I would say the biggest influence was our many years of travel. Steven and I have traveled extensively, and we tended to stay at the nicest five-star hotels in every place we went until we realized that we really liked smaller boutique hotels that had personality and a little bit more of a one-on-one interaction with the people that work there. So, our main mission has been to turn the George into a place where we would want to stay,” she told RobbReport. While the couple have preserved the historic look of the exterior, the inside features some industrial elements too.

Bobbi added specific touches and details to each room. You’ll find robes from Ikea, Nespresso machines and Casper mattresses for the best sleep. The hotel’s signature candle and room fragrance, as well as Bobbi’s Evolution 18 products, will be sold at the hotel’s pop-up shop.

Expect bespoke service at every turn, from the brunches and breakfasts to the afternoon teas and occasional wine tastings. The George accommodates special dietary needs and even lets you bring your pets.