Would you pay $360 for setting your tongue on fire? I’m sure not. But some maniacs who wouldn’t mind can go for Blair’s 16 Million Reserve Crystals. What you will find inside this Famous Reserve bottle is amazing, a 1ml pharmaceutical grade vial filled with this unreal Pure Capsaicin Crystal! Apparently, Blair’s 16 Million Reserve isn’t actually a sauce. Pure Capsaicin is rated at around 16 million Scoville Units, the highest heat level possible. Do you know that Tabasco sauce (one of my favorite hot sauces of all time ) measures around 2500-5000 Scoville units and the Naga Jolokia chile pepper, the world’s hottest pepper, is 855,000 Scoville units? So can you imagine what 16,000,000 Scoville units mean? DEATH….if consumed like any standard sauce. 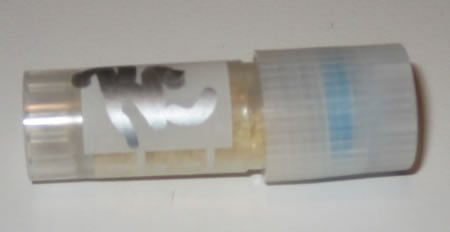 There were only 999 bottles ever offered and they are all numbered and signed by the creator, Blair Lazar. However only final few bottles prized at $360 are remaining in their private inventory. Are you thinking? Then don’t forget to read and agree to the Product Disclaimer. Don’t say we didn’t warn you!
Source

Tags from the story
Food