Words like success, bonuses, profits, etc. are not what expect to hear in 2020, but it seems like the winds of change are here and are currently huffing and puffing over an incredibly successful Chinese steel production company. The fact that they actually made huge profits could’ve also managed to be great news for this godforsaken year, but what is more shocking and made for global news is the fact that Jiangxi West Dajiu Iron & Steel Corporation gifted 4,116 of its employees brand new cars as a bonus for surpassing profit targets for the fifth consecutive year. This success was celebrated with a magnanimous event organized on October 1st as the management wanted to do something special to thank the staff, so they decided to give each one of them a car. The larger-than-life event saw 2,933 Jiangling Ford Territory and 1,183 FAW-Volkswagen Magotan distributed in batches in the weeks before the National Day holiday. The Jianxi Company must’ve made quite a profit as the car gifting process has cost them roughly 500 million Yuan ($74 million), and they didn’t even stop there. The company went ahead to announce that it will pay for the production of license plates for these vehicles, five-year auto insurance, as well as vehicle taxes.

This event was carried out in a large open space around a large stage complete with drone camera recordings and shooting footage for social media as this news had already created quite a stir. The internet was divided in their opinion as always, with some applauding the Steel Company’s generosity while others said a cheque would be better. Either way, we know no employee will voluntarily stop working for Jiangxi West Dajiu Iron & Steel Corporation ever. 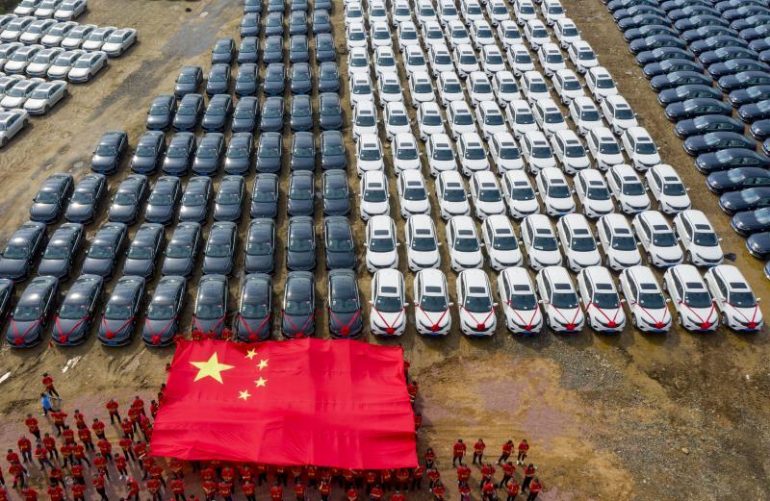