LV has designs on a bedroom, literally. The brand has been taken beyond handbag-chic and into a marked marvel of a bedroom. This beats similar earlier attempts such as Gaga’s monogrammed wheelchair, LV sofas or even the kindred Red Cross kit. Not to mention, ‘The House of Louis Vuitton’, which was so Louis Vuit-NOT, by Mr. Fan-gone-wrong. Now you can have an Haute stay courtesy of the couture Louis Vuitton boudoir. With Bulgari and Chanel for the company via wall art. A Houston home is now boasting of not just the luxury label’s logo but also an array of French frills, all for $2.35 million. 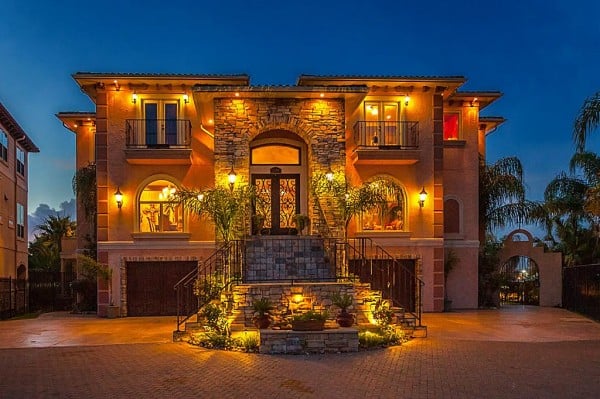 The Marina Way property sits a little outside of Houston, Texas, and poses in style with the brand’s iconic bags hanging on the bedroom walls. I’d say it’s like living in a posh closet with designer merchandise for the company. But I would rather not stare at handbags all day and revel in their presence in broad daylight when I’m around and about, on my way. But that’s just me. As for you, you can not only get taupe terrific with the LV room but also become a “one of a kind home on the water,” rich if you fashionably will. 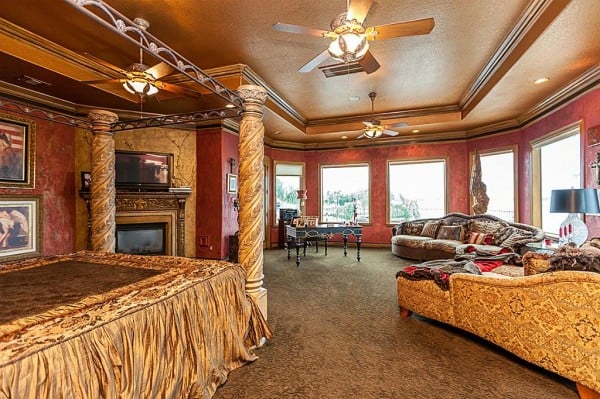 The five-bedroom property boasts of a private pier with fishing lights at its end, a splendid spa, and three pools. One pool is on the lowest level for the kiddies, a larger one on the second area with a tanning ledge, and a lagoon with a waterfall and (wait for it) whirlpool! The foyer, too, is a fete de la luxe with a rotunda surrounded by four columns. Also present at the elegant estate are a wine bar, media chamber, and game room. It even houses the ultimate gourmet island kitchen and a large breakfast area that features sophisticated light fixtures and a fireplace for those perfect mornings or all-day meals that go well into the evenings. Not to mention, the Mediterranean mansion has a great lake view. Phew! Did I say it has a designer bedroom? 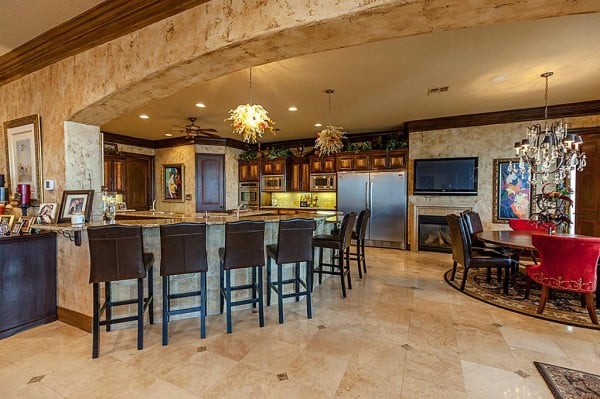 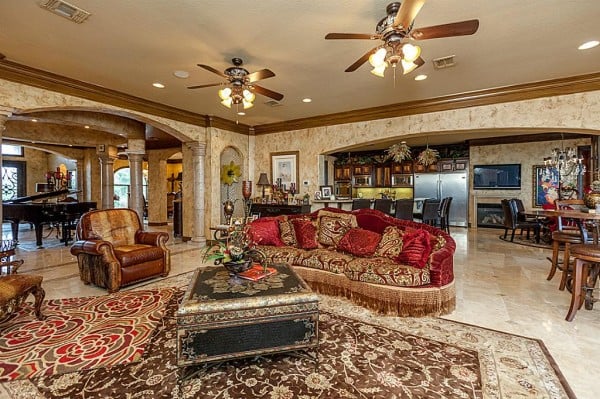 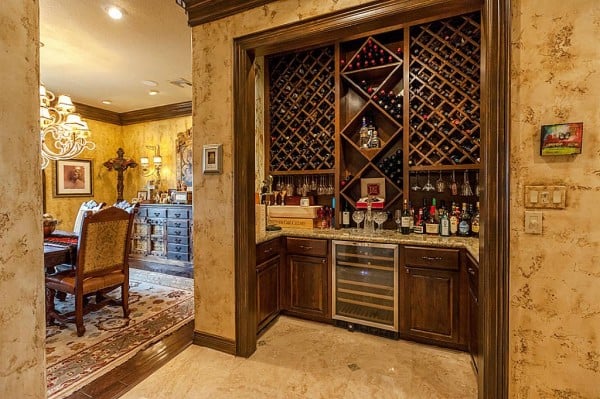 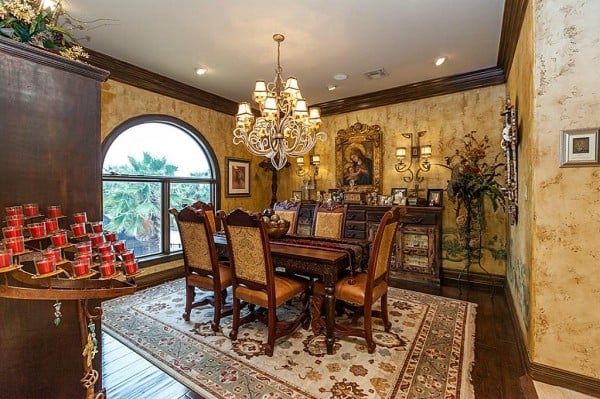 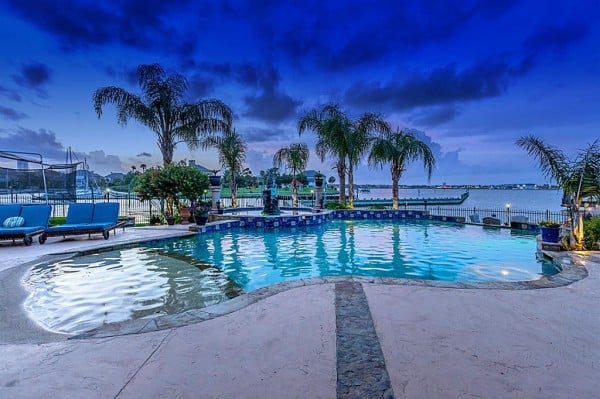 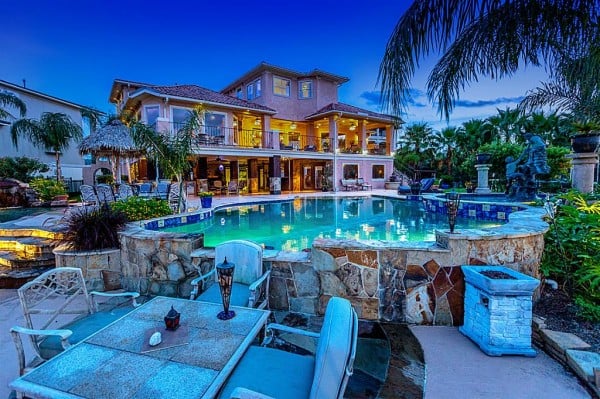 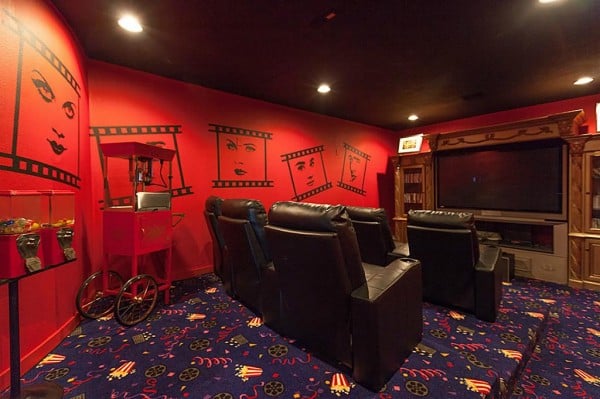 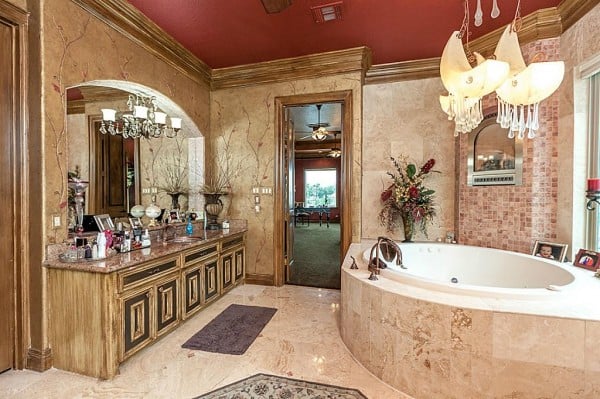 [Listed at Har via Curbed]