The Porsche 718 Cayman GT4 RS hasn’t been a well-kept secret. The most potent version of the mid-engine sports car even managed to set a blistering lap of 7 minutes and 4.5 seconds around the Nürburgring, which was announced by Porsche almost a month back. However, the highly-anticipated and long-awaited sports car is finally here. Behold the 2022 Porsche 718 Cayman GT4 RS which is powered by the same 4.0-liter flat-six from the new Porsche 911 GT3, unlike the standard Cayman GT4. This should make all the Porsche enthusiasts who have been asking for it for a long, long time jump in joy! The flagship Cayman has been designed specifically for maximum performance on the track. 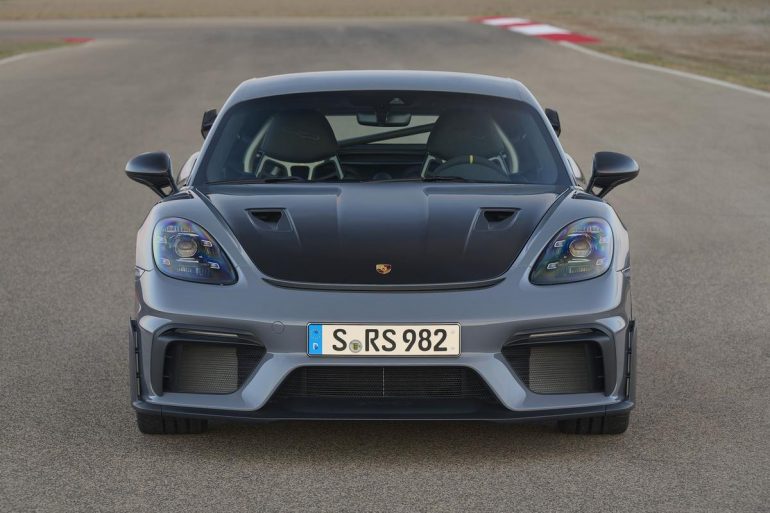 A lot of Porsche fans never expected the German automaker to fit the Cayman with the jaw-dropping 9000-rpm flat-six from the GT3; it could seriously dent the sales of the 911 GT models and make it difficult for Porsche to maintain the product hierarchy. “We want to party with this car, celebrate this engine, horsepower, RPMs before some distant day where it goes electric,” says Andreas Preuninger, head of Porsche GT cars. This is music to the ears of Porsche patrons. 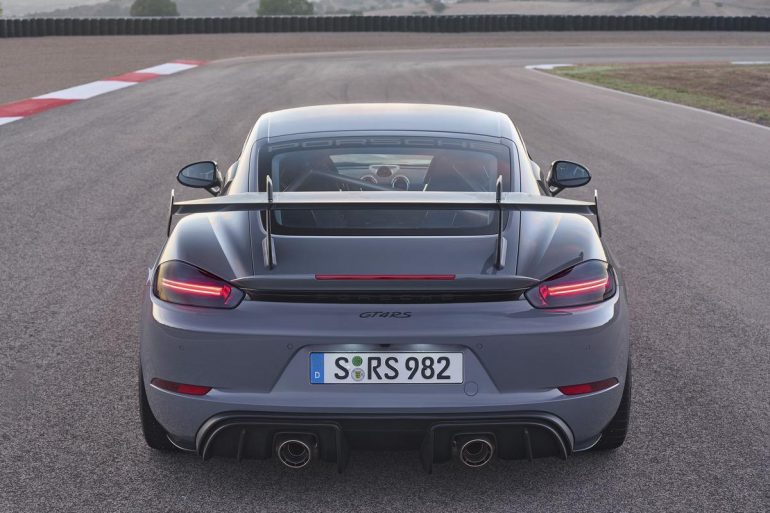 The 4.0-liter flat-six engine in the 718 Cayman GT4 RS makes 493 hp and 331 lb-ft as compared to 911 GT3’s 502 hp and 346 lb-ft. however, Porsche claims the engine hasn’t been detuned to maintain the supremacy of the 911 in the product line-up. Instead, the loss of power to the need for longer exhaust pipes due to its placement in the middle of the car in the Cayman. This means the engine still redlines at 9000rpm, which creates an adrenaline-pumping soundtrack no one can ever dislike. 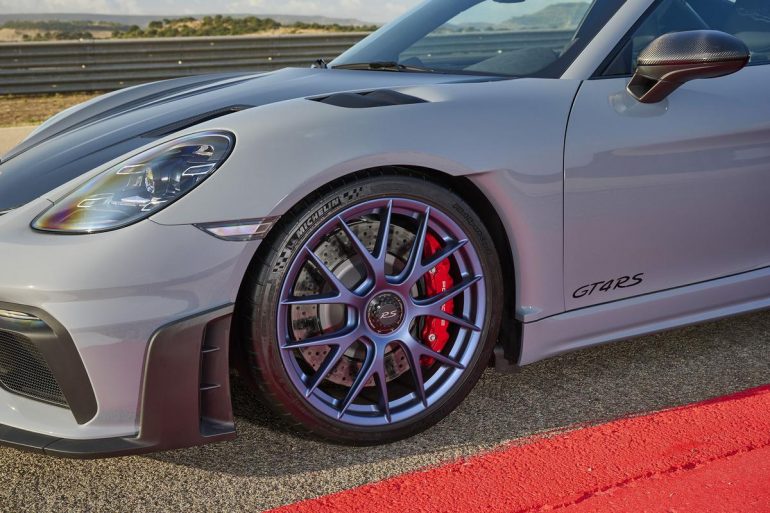 In terms of performance figures, Porsche says the GT4 RS reaches 60 mph in 3.2 seconds – a half-second quicker than the GT4. The performance upgrade was clearly evident from the Nürburgring lap time. The GT4 RS was nearly 24 seconds faster than the GT4, and only a few seconds away from the current 911 GT3. In addition to the performance upgrades, Porsche also managed to shave off 49 pounds of weight, which was achieved with the use of more carbon fiber parts. As far as the design is concerned, in typical Porsche fashion, the GT4 RS doesn’t look a whole lot different from the standard GT4. The aero elements along with air intakes in place of side windows and revised side intakes help in differentiating between the two trim levels. The 2022 Porsche 718 Cayman GT4 RS will reach the US dealerships next summer and will be available with a starting price of $141,700, which excludes a $1,350 delivery fee. 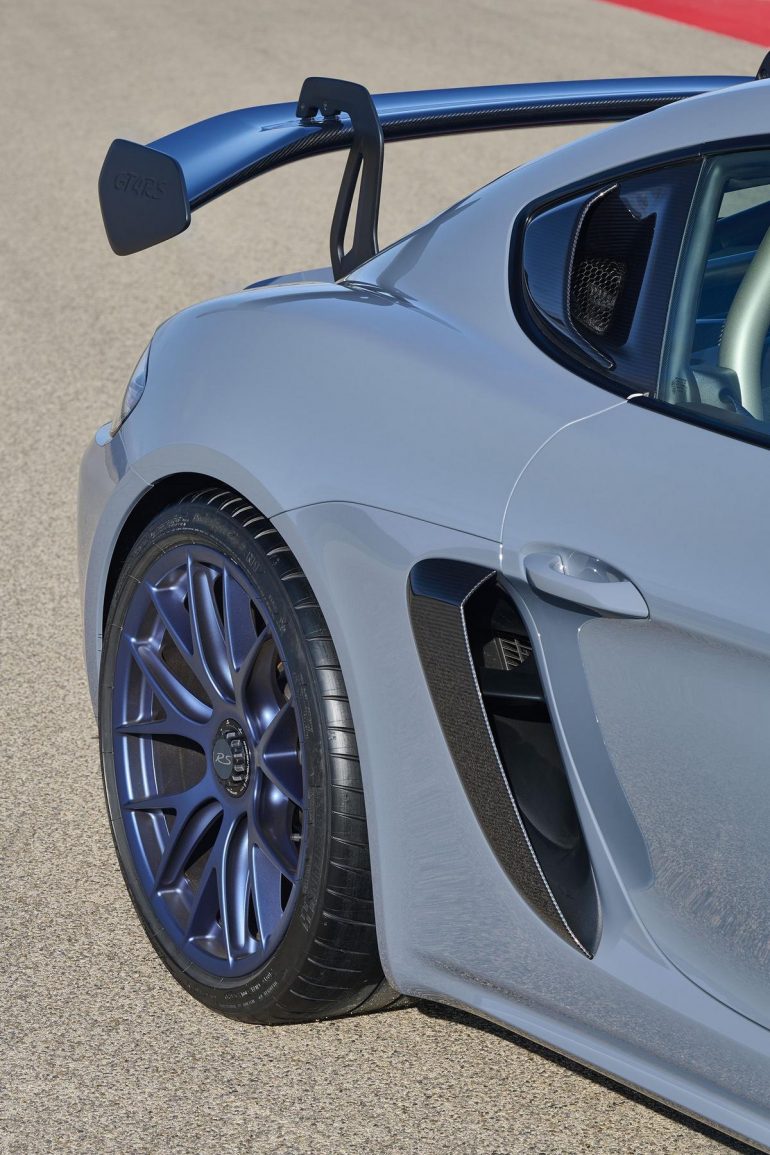 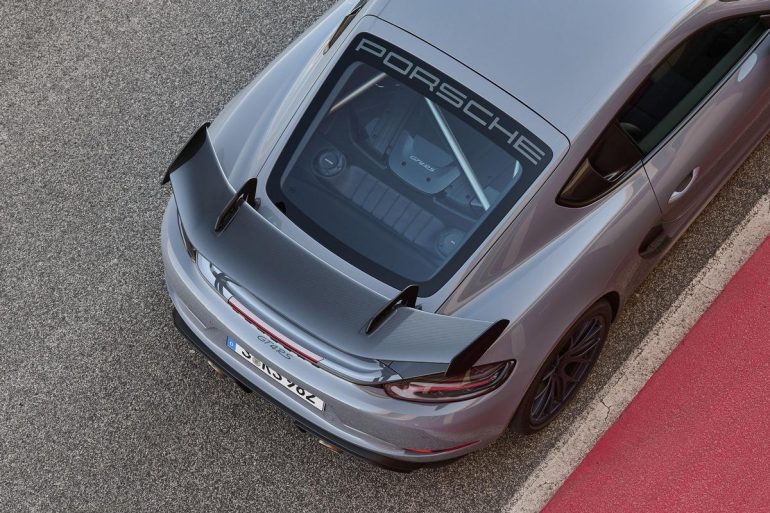 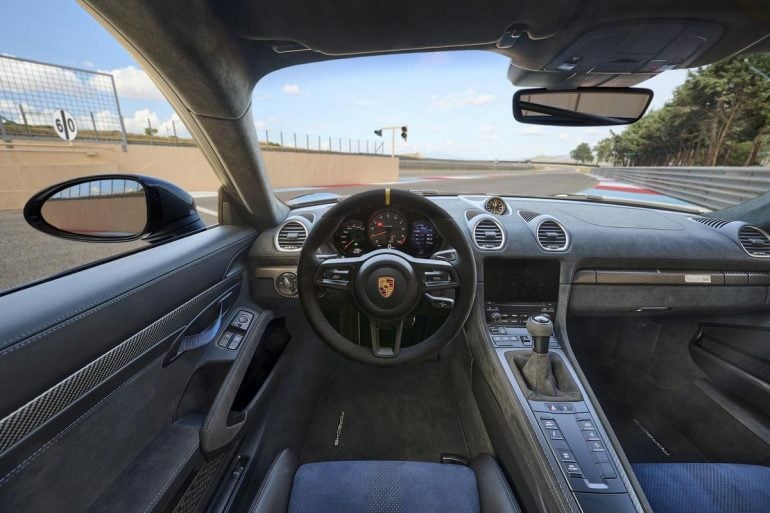 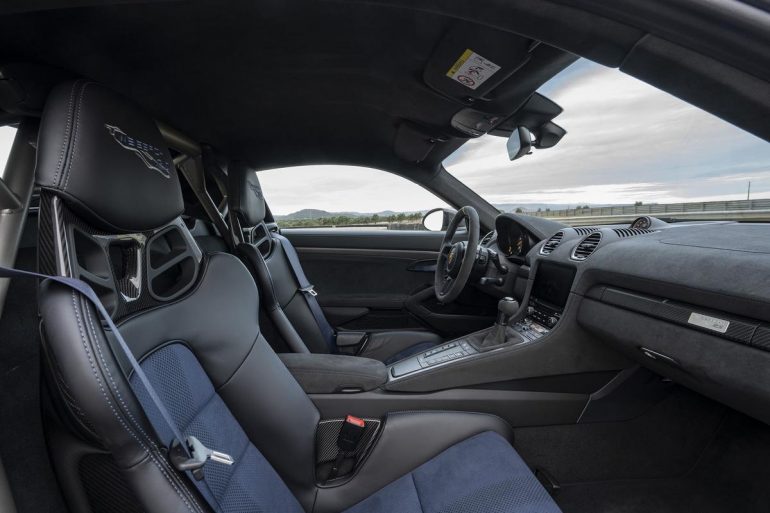 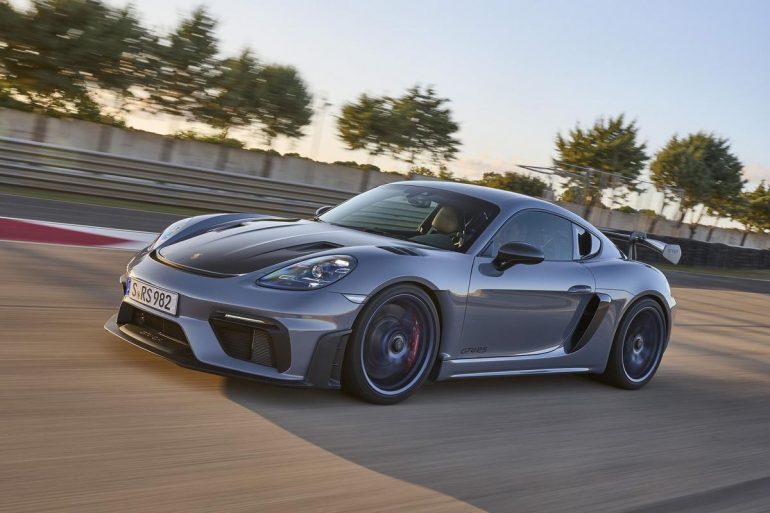 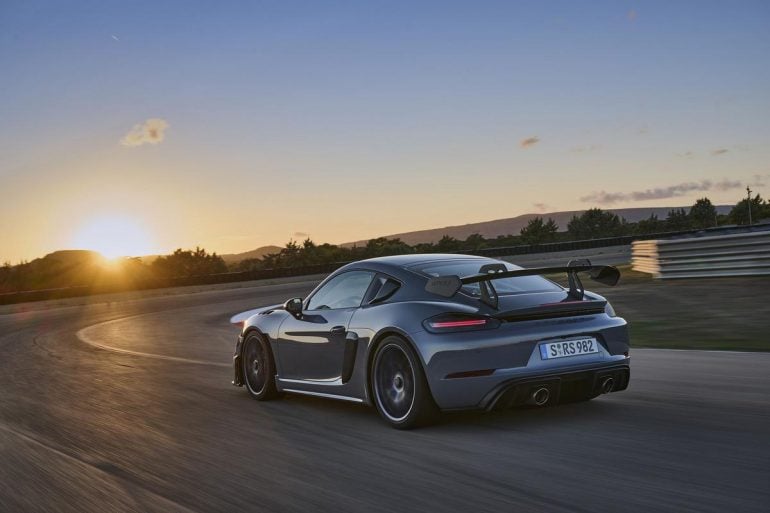 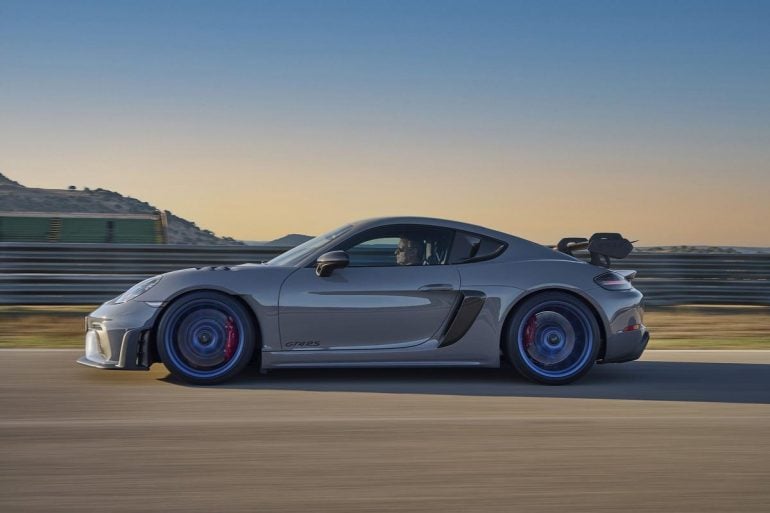 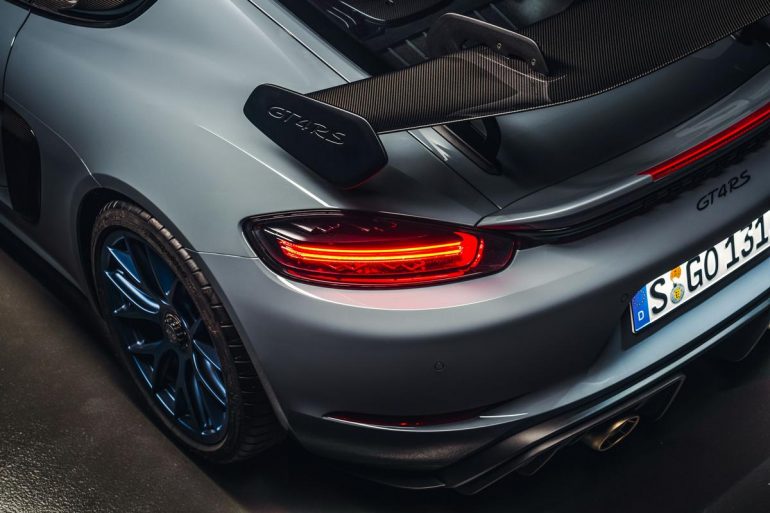 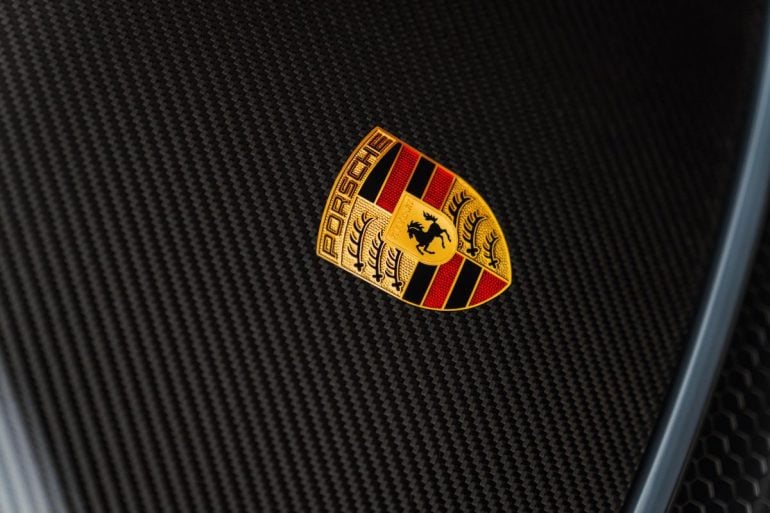 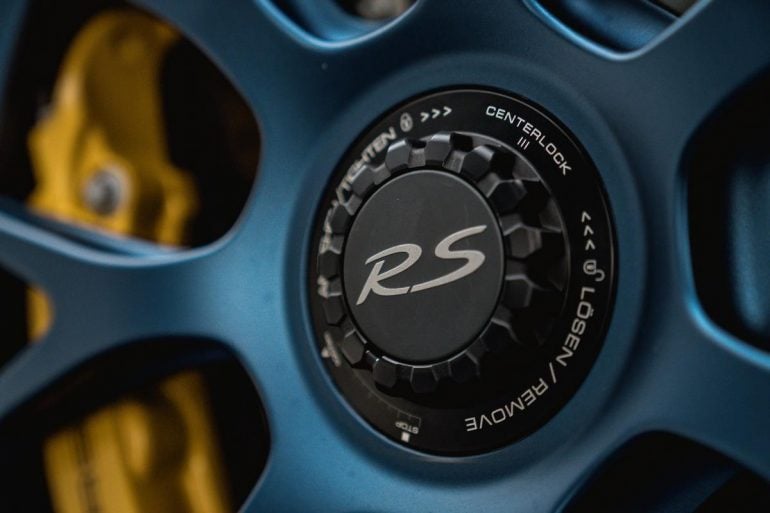 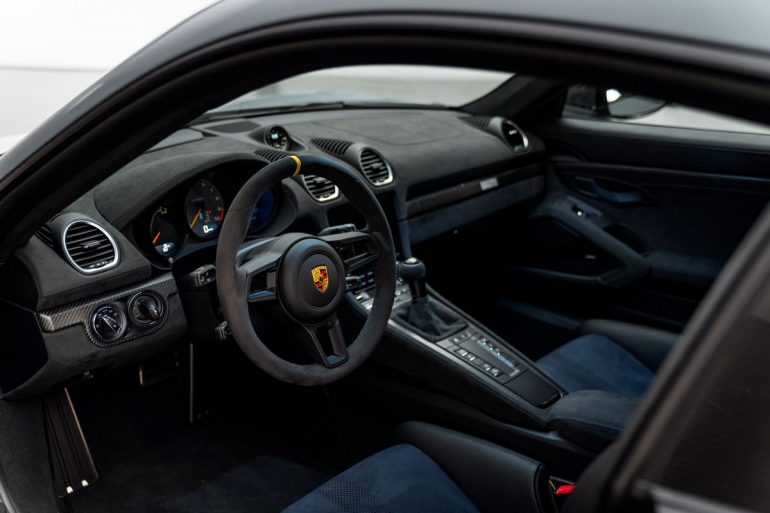 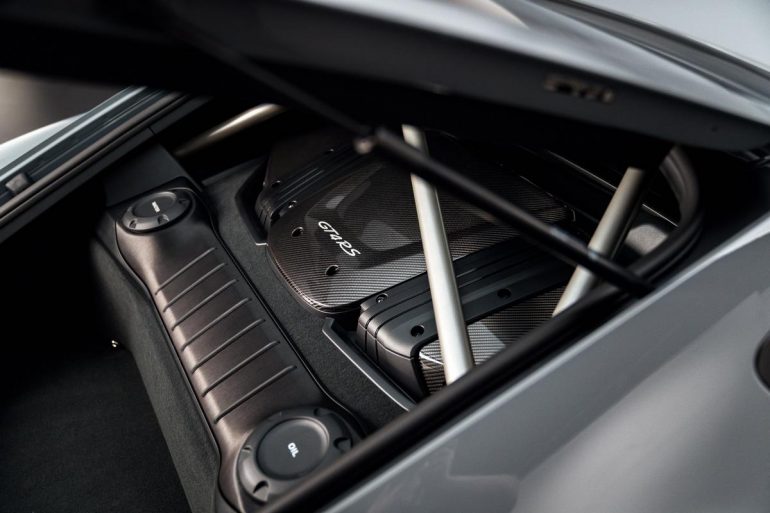 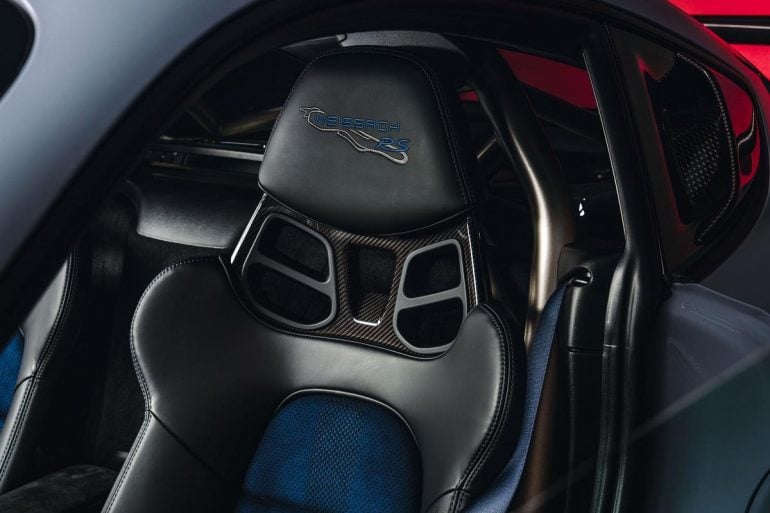 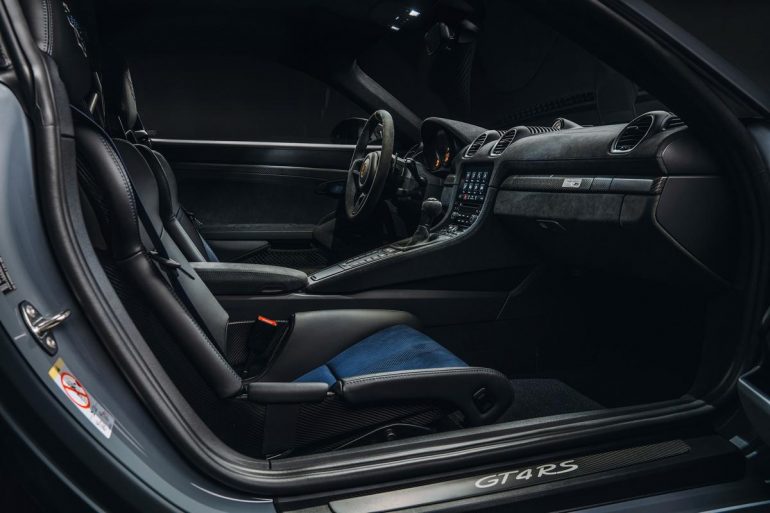