Porsche has revealed a new special edition 911 that commemorates the 70th anniversary of the Porsche 356 America Roadster. Back in 1952, the German automaker had released the 356 America, a special version of the Porsche 356 sportscar that was built specifically for the US market. Three decades back, Porsche introduced the 964 America Roadster which was created to celebrate 356 America Roadster’s 40th anniversary. Following in the same footsteps, the 2023 Porsche 911 Carrera GTS Cabriolet America Edition pays homage to that original 356 America and is exclusively meant for sale in North America. The commemorative special edition is available only in a single color scheme that blends a special shade of blue with red and white as a tribute to the colors of the US flag. 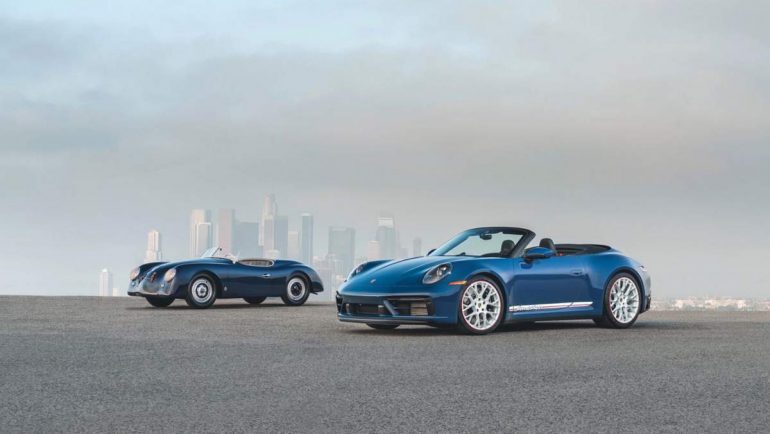 The exterior of the special edition is decked out in Azure Blue 356 – a modern interpretation of the original blue of the first 356 America. The wheels might appear to be all-white but you’ll notice a thin red lip and a subtly silver finish that harkens back to the silver wheels of the 356. Porsche says it’s the first time different finishes have been used on a single wheel. 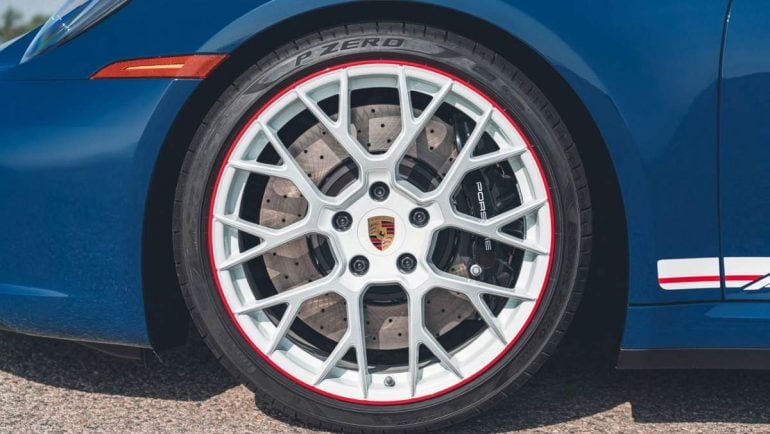 The wheels are matched with white stripes on both sides of the car that feature a thin red stripe in the middle along with exclusive America graphics. Another subtle special treatment can be found around the windshield that features a black frame instead of body color. 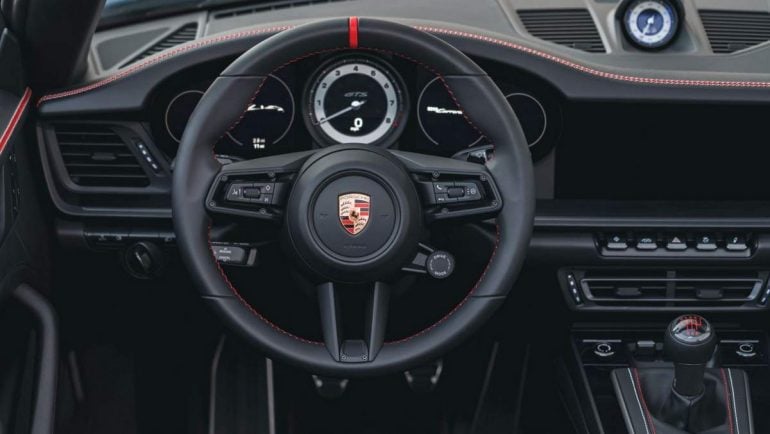 On the inside, the red-white-blue color scheme is carried over with contrast stitching that alternates between Guards Red, and Pebble Grey. The badges have also been infused with colors. “911 Carrera” is written in white while “GTS” is written in Guards Red. Additionally, the seat belts are red and so is the shift pattern on the shift stalk. 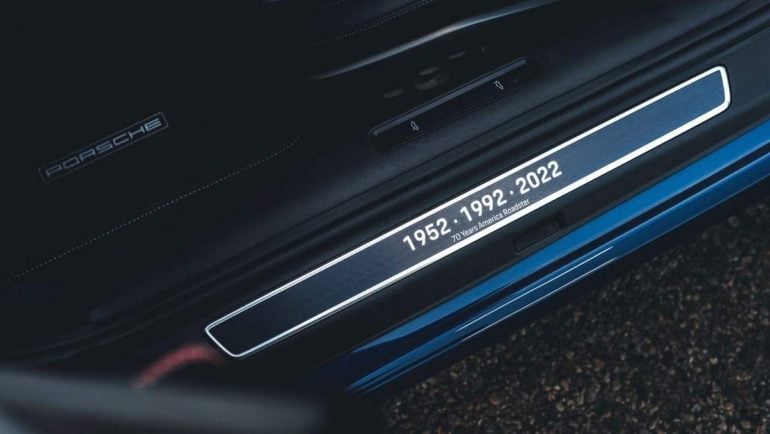 The doorsills also have the years 1952, 1992, and 2022 written on them to commemorate 70 years of America Roadsters. Surprisingly, there are no special numbered plaques to denote the example’s position in the numbered production run. PASM, sport exhaust, and Sport Chrono Pack are all included as standard equipment on the special edition. 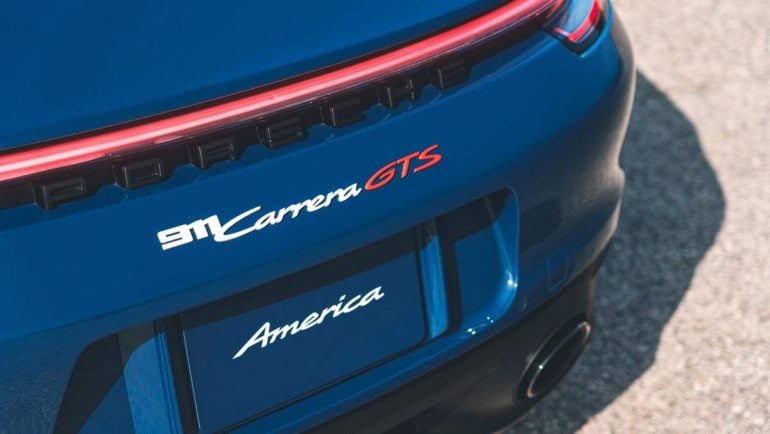 Powering the America Edition is a twin-turbocharged 3.0-liter flat-six that is mechanically identical to the one found in the standard GTS model. It churns out 473 hp and 420 lb-ft of torque. Interestingly, the special edition is only available with seven-speed manual transmission. Porsche claims the decision was made based on the demand for manual transmission in the US market. The 2023 Porsche 911 Carrera GTS Cabriolet America Edition is limited to just 115 examples with 100 earmarked for the US and the rest will be sold in Canada. The special edition will reach dealerships by the end of 2022 and carry a starting price of $186,370, which includes a $1,450 destination fee. 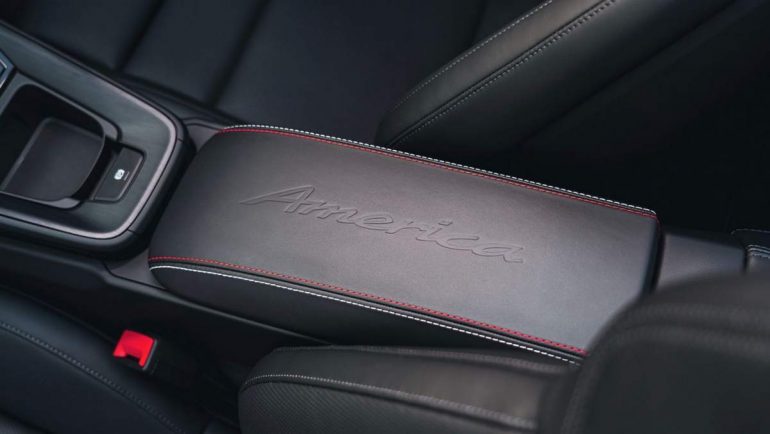 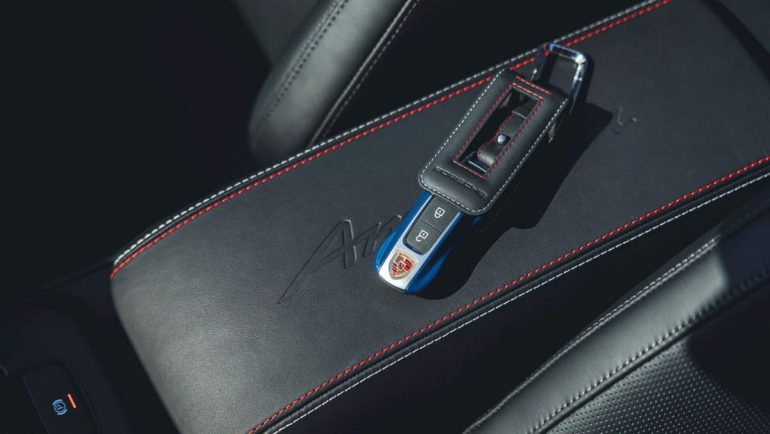