German high-performance tuning company Brabus is best known for building souped-up versions of Mercedes-Benz cars. In fact, Brabus is the largest Mercedes-Benz tuner after Mercedes-AMG. However, the brand also has a marine art that builds wicked sport boats, including the wicked Brabus Shadow 900 Black Ops Limited Edition that was launched last year. Brabus has entered into a collaboration with nautical watchmaker Panerai that has spawned a special edition watch inspired by the company’s Shadow Black Ops series of dayboats. Called the Panerai Submersible S BRABUS Black Ops Edition, the collaborative timepiece was revealed on Wednesday at the Monaco Yacht Show. 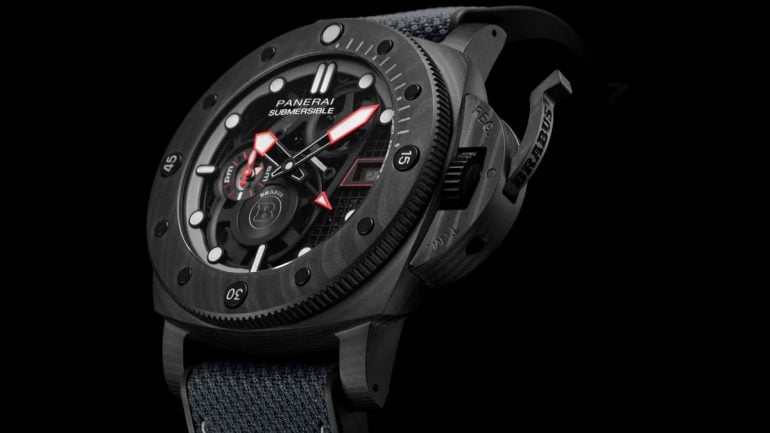 “When put side by side, the similarities in regard to design language and overall character of the Panerai Submersible and the BRABUS Marine line of dayboats are obvious and striking. Both are made to be functional and stylish tools for life in the marine environment and therefore this combination just makes sense,” says Brabus CEO, Constantin Buschmann. 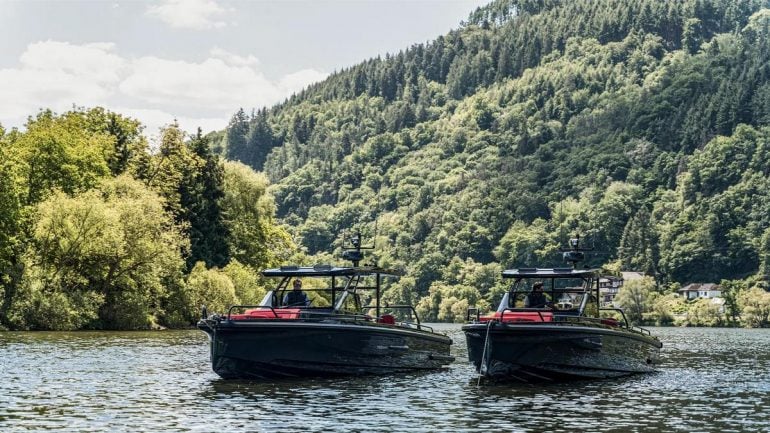 The special edition watch is finished in the signature Brabus color scheme of gunmetal gray, black, and red. The 47mm case of the watch is made of Panerai’s Carbotech composite material. The Submersible S Brabus Black Ops Edition is powered by Panerai’s P.4001/s movement that offers a power reserve of 72 hours. It’s also the Italian watchmaker’s first-ever skeletonized automatic movement which took three years to develop. 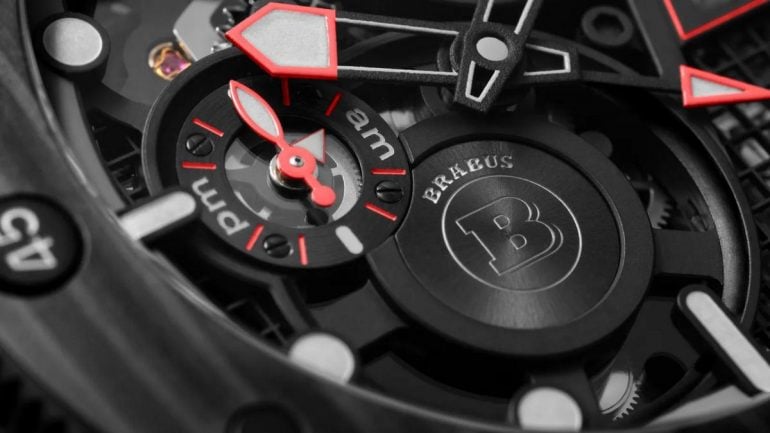 The skeletonized dial also features the Brabus insignia located between 6 and 7 o’clock, while the hours and minutes indicators are coated with Super-LumiNova which can also be seen through the sapphire crystal caseback. Another unique feature of the watch is the patented polarized date window in which the date appears within the aperture without the rest of the date wheel visible in the skeletonized movement. The watch also gets a unidirectional rotating bezel for dive timing, 300m water resistance, a GMT function, and an AM/PM indication on the dial. Only 100 pieces of the Submersible S BRABUS Black Ops Edition will be made. The watch is priced at £40,400 (approximately $55,000) and will be available via Panerai’s official website. 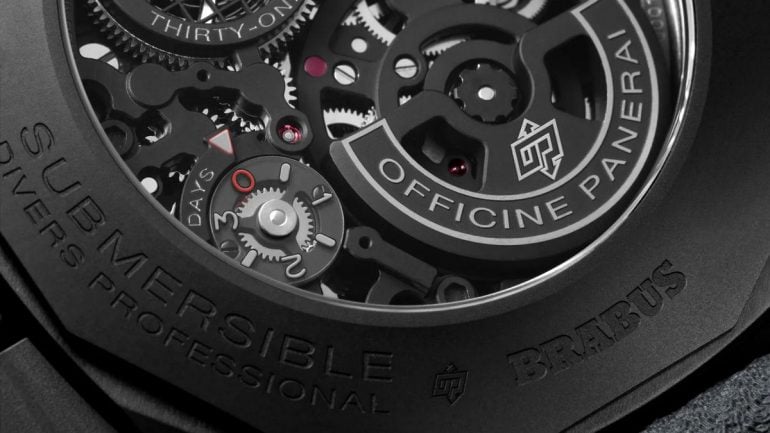 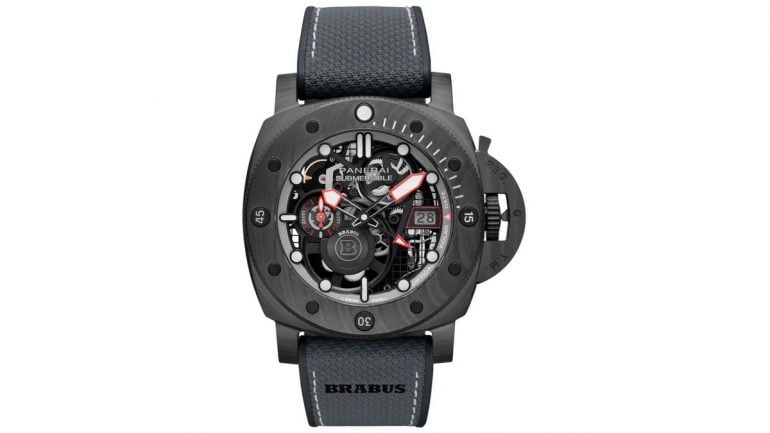 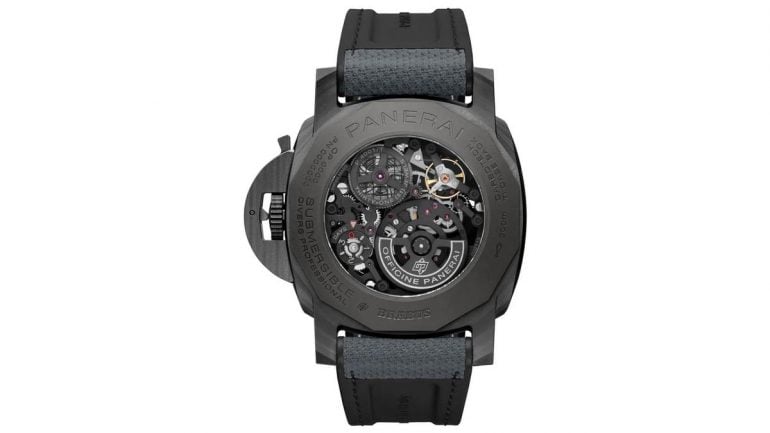 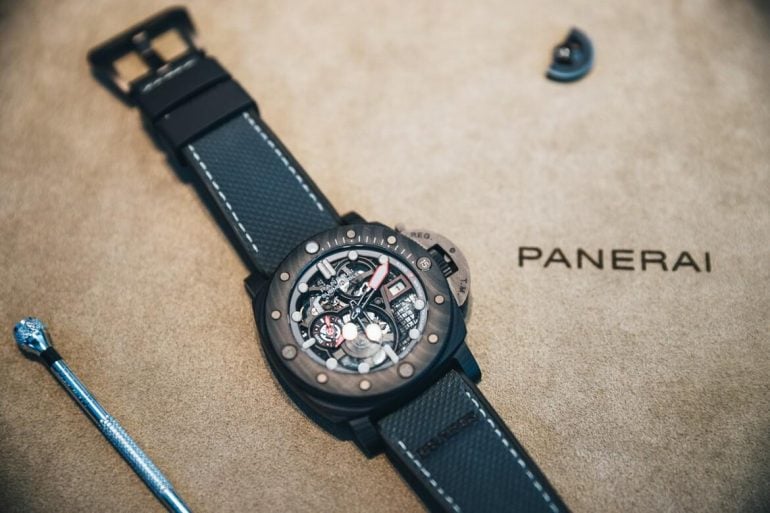 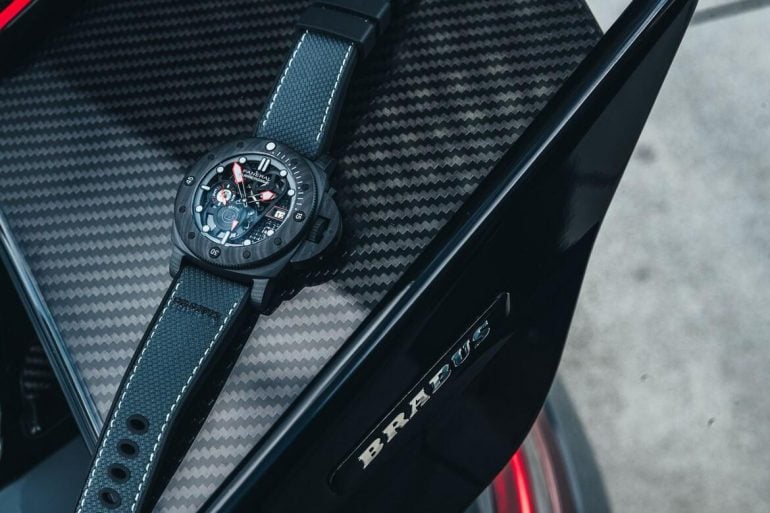