The 2017 edition of the Geneva Motor Show opens its doors to the public in little more than two weeks and waiting for it as has been harder than ever. Arguably the most important international car expo of the year, some of the biggest unveils has been scheduled for this year. Before the Geneva Motor Show kicks-off and you get to feast your eyes on all the drool-worthy cars, we have brought you a list of top 9 most anticipated cars to debut at the 2017 Geneva motor show. So without further ado, let’s dive straight into the list. 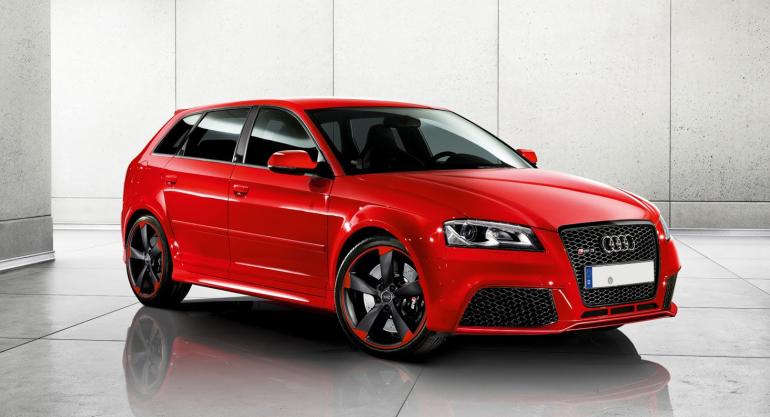 9. Audi RS3 Sportback
We begin the list with the new, 2017 Audi RS3 Sportback. The German carmaker’s hot hatch has become a lot more powerful with more torque packed in a lighter body which is prettier than before as well. The refreshed RS3 Sportback is claimed to do the 0-60mph sprint in just 4.1 seconds thanks to the 2.5-liter five-cylinder engine. The engine produces an impressive 400-horsepower which helps propelling the hot hatch to a top speed of 174mph (derestricted).
On the inside, the gauge cluster has been replaced with virtual cockpit with a special RS screen that displays torque output, g-forces and tire pressure. Audi will start taking orders for the RS3 Sportback in Europe this April with a starting price of €54,600 (or $58,064 in US money). 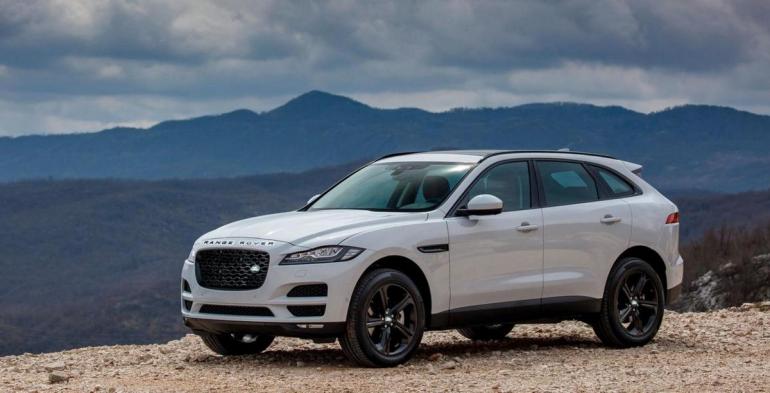 8. Range Rover Sport Coupe, aka Velar
The crossover SUV segment has never been this hot before and Land Rover is all set to bring in their newest offering to expand the line-up and increase its market share. Reviving the ‘Velar’ moniker which was originally used for Range Rover prototypes in the late 1960s, the new model will lock horns with the likes of Porsche Macan and the Mercedes-Benz GLC-Class. Rumored to be based on the Jaguar F-Pace, Velar will sit in the gap between the £40,000 Evoque and the £80,000 Range Rover Sport.
Judging by the recent spy shots of the Range Rover Velar, it has a slightly shorter wheelbase than the Range Rover Sport. And even the design matches the Range Rover’s traditional styling against the radical looks it was initially rumored to come with. As per engine options, all we can do is guess because there’s neither any confirmation from the company nor any kind of insider information. But we definitely expect it to further swell the growing Land Rover’s global sales. 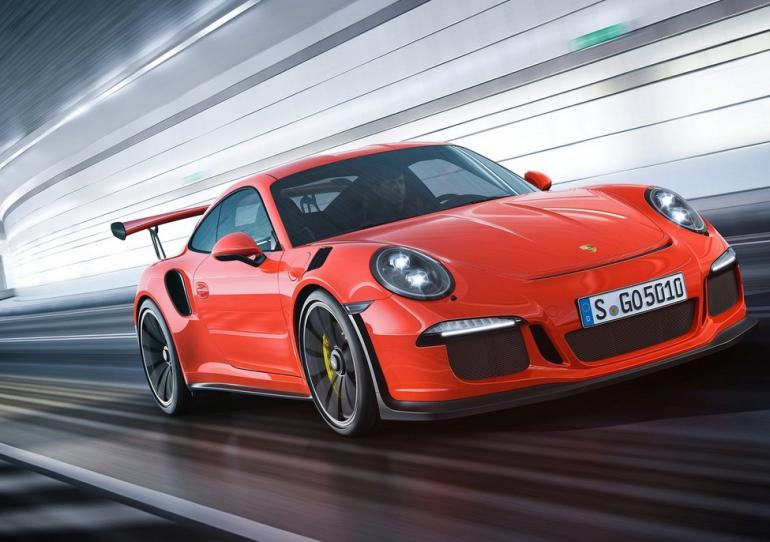 7. 2017 Porsche GT3
Porsche will reveal the revised version of the 911 GT3 at the Geneva Motor Show. Although, it won’t be much of a reveal as the car has already been photographed several times without camouflage of any sort. Now remember that it is a Porsche and their design updates can be best described as ‘hard to notice’. However on the new GT3, the changes are surprisingly noticeable and you won’t even have to squint to see. The new car will arrive with a revised front end, with more aggressive air intakes in the front bumper, a redesigned front spoiler, air intakes and new LED indicators. And on the rear, it has a new diffuser.
The 2017 Porsche 911 GT3 will be powered by an updated version of the 493hp 4.0-litre flat-six unit found in the current GT3 RS and the limited R and will feature a 9,000rpm redline and an upgraded valve train, offering over 500hp. But the biggest change is the return of the manual gearbox in the GT3. A seven-speed dual-clutch PDK transmission will also be offered. For the price, we will have to wait till the Geneva Motor Show. 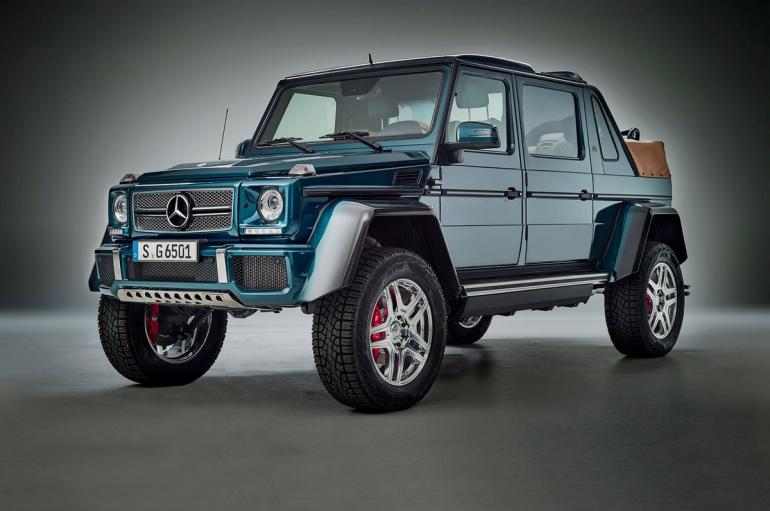 6. Maybach G650 Landaulet
The Mercedes G-Wagon, barring its history of how it was designed for military use, has always been on the top of the pyramid of uber-luxurious SUVs. A top choice for filthy-rich playboys and footballers, it was waiting to get some Maybach treatment because why not. And finally it has! Dubbed the Mercedes Maybach G650 Landaulet, it is a bespoke open-top G-class off-roader with Maybach trimmings – talk about the ultimate combination to get us drooling.
Caught on video recently without any camouflage, the Maybach G650 Landaulet is based on the G500 4×4, with a wheelbase stretched to 3428mm to add space for a third row of seats. It is believed to be powered by the AMG bi-turbo 6.0-litre V12 engine tuned to produce in excess of 650 horses and 723lb-ft of torque. Although the price is yet to be unveiled but only 100 units will be produced. We can totally see a chunk of those 100 sitting on a big boat making their way to the Middle East. 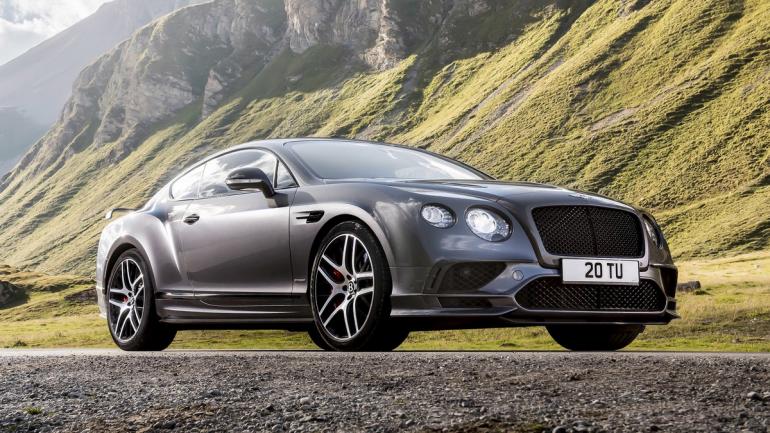 5. Bentley Continental Supersports
Now that we are in the top 5, let’s talk about super-fast cars. Meet the 2017 Bentley Continental Supersports, the most powerful Bentley to date. With this car, Bentley is all set to break some records; world’s fastest four-seater hard-top and dropt-top cars to be precise. To give you some numbers, the 6.0-litre W12 engine that powers the car produces a staggering 700bhp and 750lb ft. It can go from 0-62mph in just 3.5 seconds (3.9 for convertible) and reach a top speed of 209mph. To stop is missile of a car, carbon-ceramic brakes come as standard, and are claimed to be the largest of their type available on any current production car. Additionally, the 21in alloys are made of forged alloy, reducing 20kg in unsprung weight compared with those of the regular Bentley Continental GT. And then there is the huge list of optional extras of more carbon fiber add-ons. How much for all this madness you ask? £212,500 ($264,000 USD) for the Bentley Continental Supersports coupe and £233,800 ($290,500 USD) for the convertible. 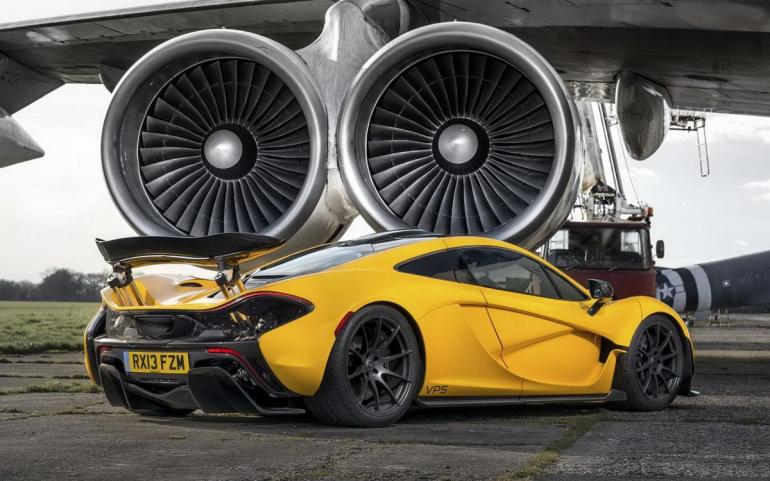 4. McLaren P14
It’s amazing how McLaren has evolved as carmaker in the last few years. The McLaren 650S, which was a huge improvement from the 12C, has finally run its production life and is going to be soon replaced with a supercar codenamed the ‘P14’. The supercar will arrive with a new twin-turbocharged 4.0-litre V8 reported to produce in excess of 700 horsepower. A couple of figures divulged by McLaren include its 0-124mph sprint of 7.8 seconds and a quarter mile time of 10.3sec. McLaren Automotive CEO, Mike Flewitt, said: ‘This is the first time we have replaced a product family and the new Super Series will be absolutely true to McLaren’s pioneering spirit in being a revolutionary leap forwards, both for our brand and the supercar segment.’ The P14 will be the first member of McLaren’s next-generation Super Series family as well as the first of 15 new cars under McLaren’s Track22 business plan.

3. Lamborghini Huracán Performante
Now we are in the absolute bonkers zone in this list; and the best introduction for the Huracán Performante would be to tell you that it recently dethroned the Porsche 918 Spyder to become the fastest production car to lap the Nurburgring by setting a time of six minutes and 52 seconds. That’s a full five seconds chopped off from the previous lap-record without the help of hybrid technology. Lamborghini claims, the track-focused Huracán is a lot more than just additional power. The super- Huracán has a lot of careful chassis revisions and innovative active aerodynamics in addition to many technological bits added to it. As per reports, it is 41kg lighter than the four-wheel drive Huracán and the 5.2-litre V10 has been tweaked to produce at least 20 more horsepower than before. Rest of the details along with the price will be announced at the Geneva Motor Show. 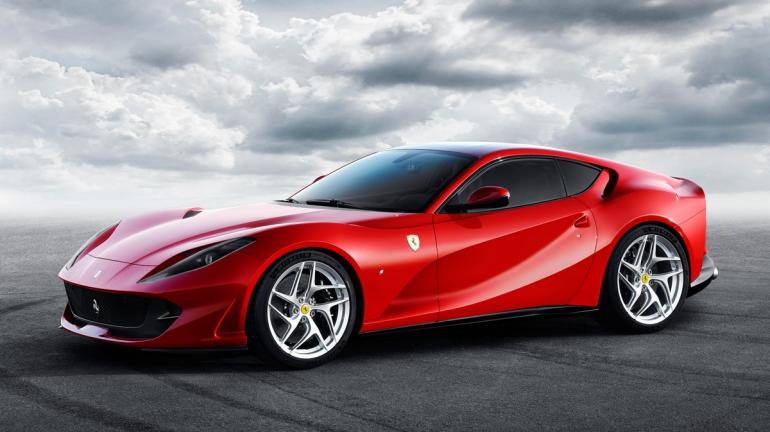 2. Ferrari 812 Superfast
Just a few weeks before Geneva Motor Show, Ferrari has published the first set of pictures and stats of the 812 Superfast – the Italian carmaker’s most powerful road car. The V12 powered supercar replaces the F12 and its arrival coincides with the 70th anniversary of the first Ferrari V12. To celebrate platinum birthday, Ferrari has even introduced a new color – Rosso Settanta. As far as the staggering numbers of the 812 Superfast are concerned, Ferrari quotes 0-62mph in 2.9sec and a top speed of ‘over 211mph’. The 6.5-litre V12 engine powering the car has been re-tuned to produce a tarmac-shattering 800 horsepower and 530lb-ft of torque. The price is yet to be announced. 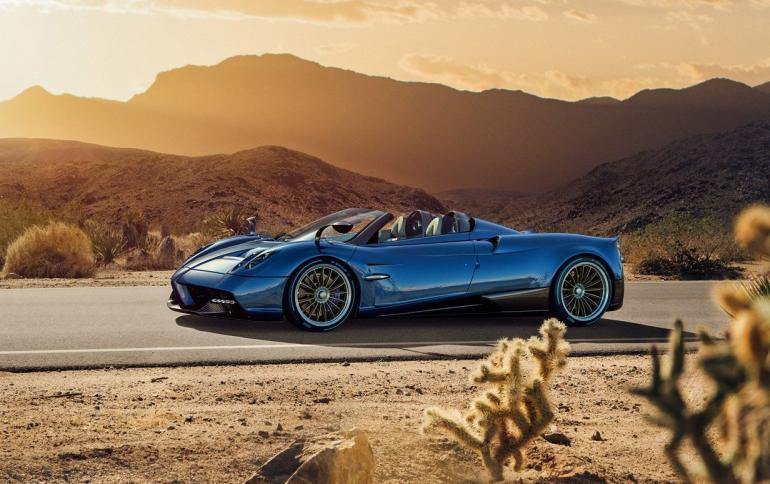 1. Pagani Huayra Roadster
How can we have a Pagani in the list and not place it on the top. The Pagani Huayra Coupe now has an open-top, super-sexy sibling. Only 100 units of the Huayra Roadster will come out of the factory and all of them have already been sold. According to the company’s owner and founder Horacio Pagani, “This is the most complicated project we have ever undertaken.” Instead of the fixed top, the Roadster has removable hard roof made from carbon and glass. It is powered by the same 6.0-litre twin-turbocharged V12 from AMG found in the Coupe, but the power has been increased to 764hp. The chassis has also been made more rigid all the while reducing the overall weight 176 pounds. There is no word on the top speed or the 0-60mph time, but Pagani did disclose the base price – $2.4 million US dollars.

Tags from the story
Geneva-Motor-Show, Top-9