When a red shinny Ferrari California parked in a university parking lot fails to stand out, either there’s something catastrophically wrong with the prancing horse or it’s crowded with the presence of some of the best wheels on this planet. The later of the two situations is the daily scene at the parking lot of American university of Dubai where a myriad of Ferraris, Aston Martins, Bentleys, are parked row after row. A student from the university named Meeka Nasser, who also goes by the username of Squirrelnelius on Reddit, has posted a gallery full of pictures of some of the most expensive cars in the world that fill up the university’s parking every day. 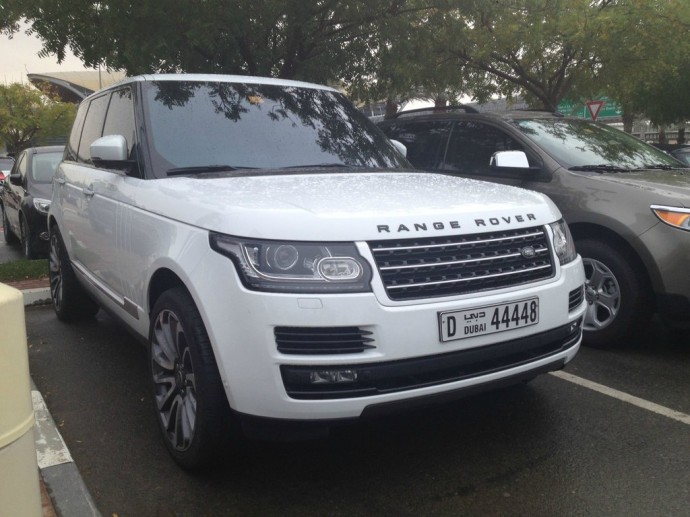 “Because Cayennes and Range Rovers are a dime a dozen here, I only included a few of them in the album. Keep in mind, almost all of the students are between 18 and 24 years old, as the graduate program is pretty tiny here. The students that drive the insanely expensive cars (Rolls Royces and Bentleys etc.) are usually local (Emirati) for those wondering,” wrote Nasser along with the set of pictures. 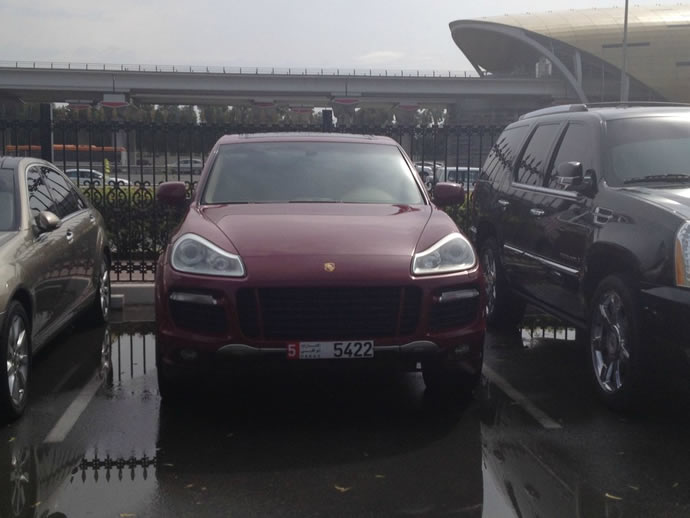 Amongst the fleet of uber-expensive automobiles, many unique customized cars can be spotted like the chrome-red Mercedes Benz C63 and few Mercs wrapped in the colors of the UAE flag. Dubai is known as the Mecca of luxury cars and the city’s police force even has its own fleet of amazing vehicles that includes an Aston Martin One-77, Bugatti Veyron, and Lamborghini Aventador out of others. 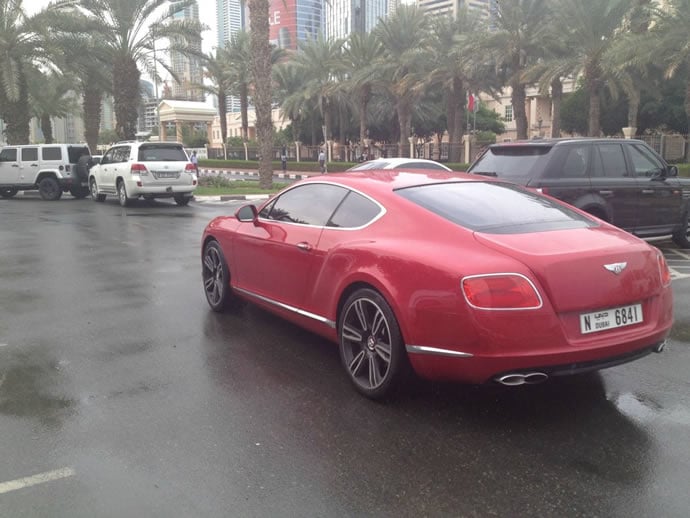 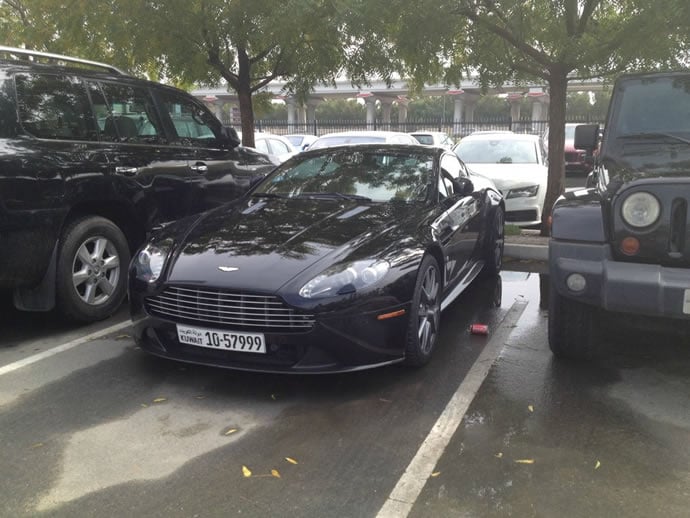 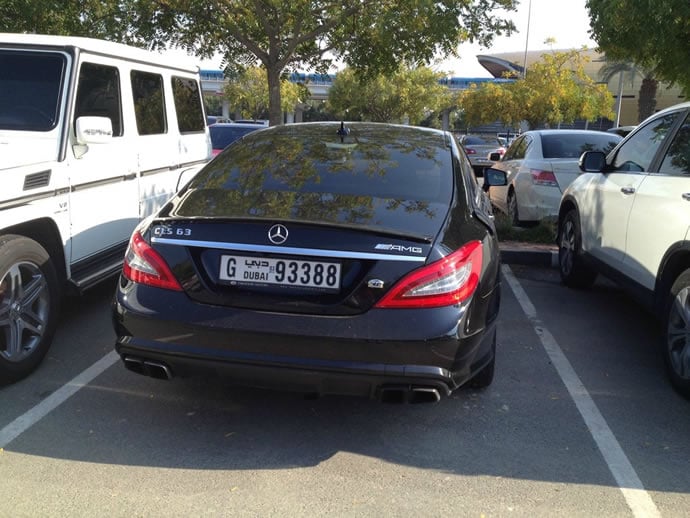 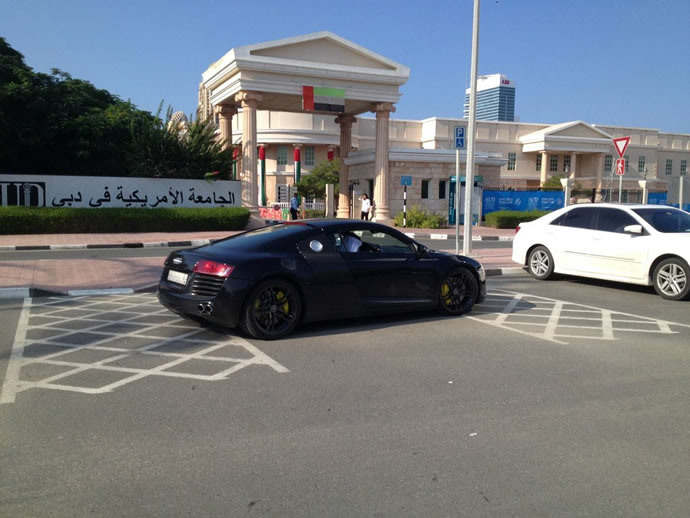 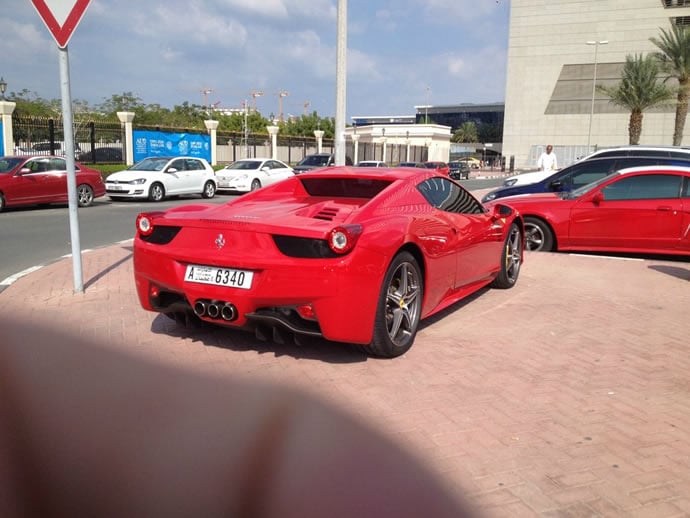 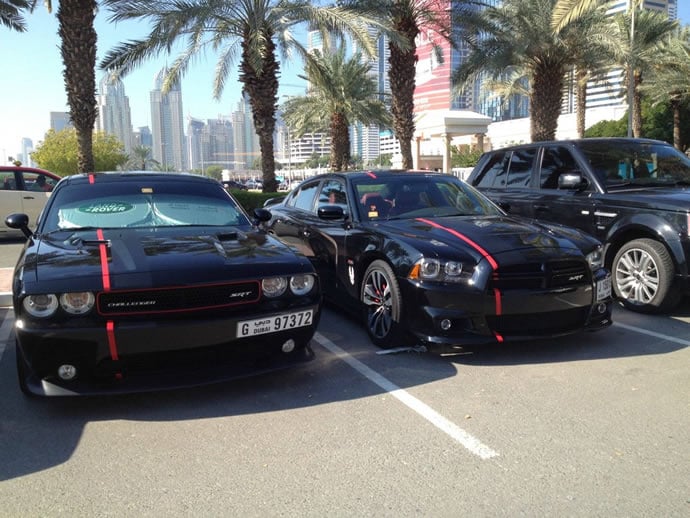 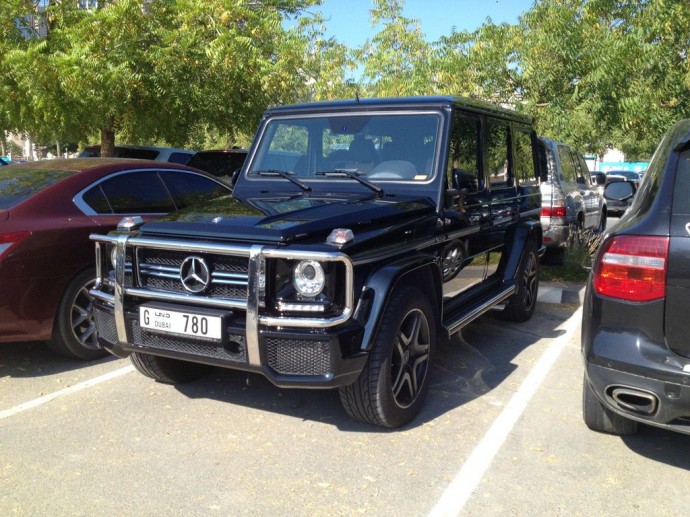 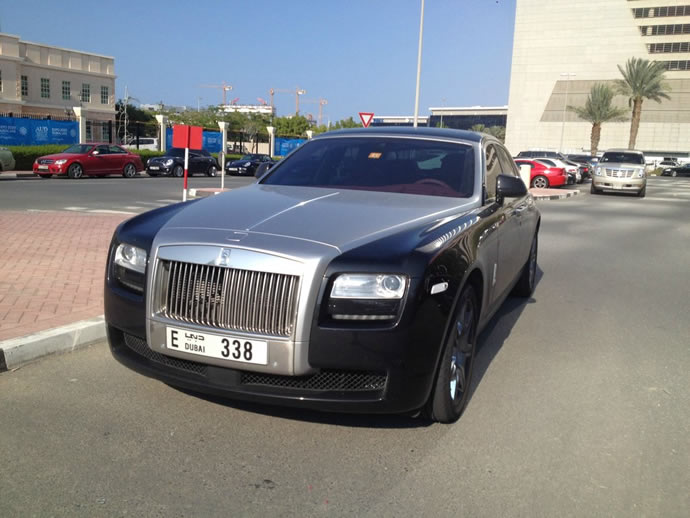 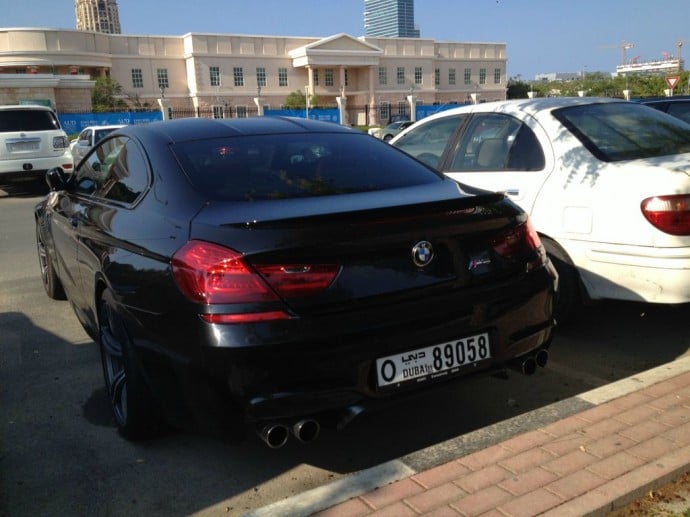 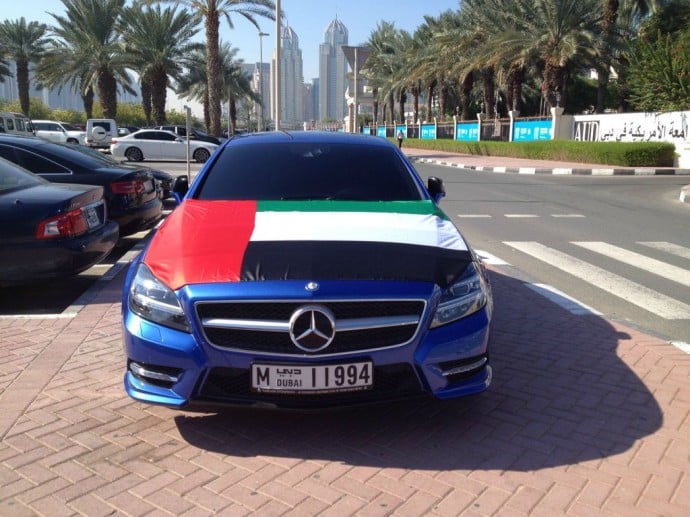 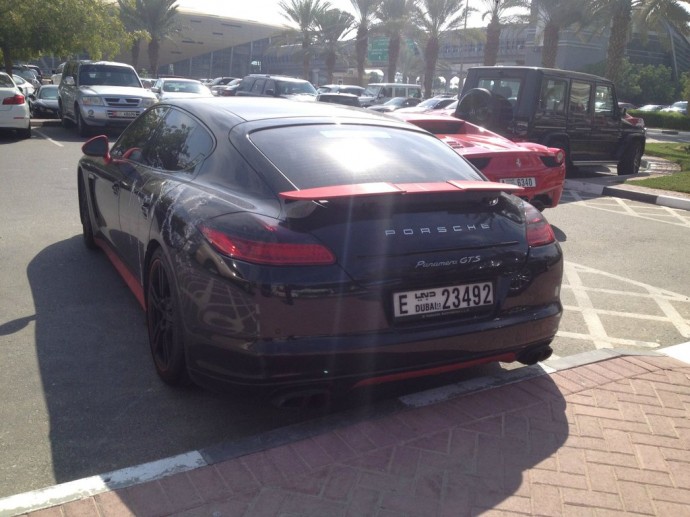 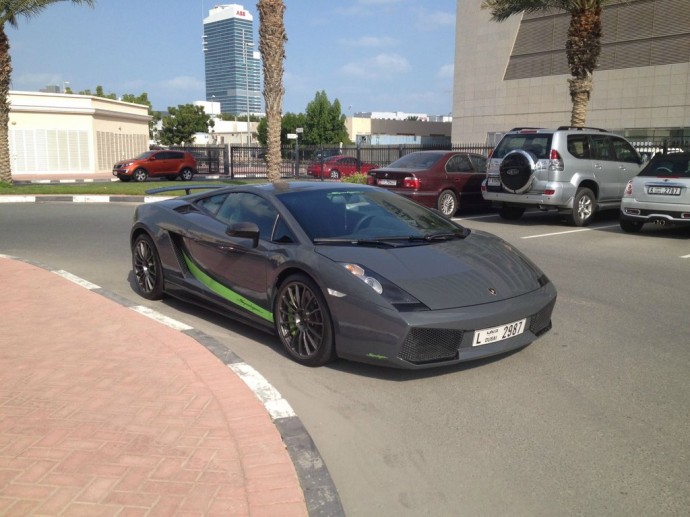