Meet Porsche’s answer to Tesla, the super-sexy Mission E concept. The German automaker unveiled the Mission E concept car at the Frankfurt Motor Show and the four-door, four-seat sports car looks quite similar to the Porsche Panamera. It is powered by two electric motors similar to the ones used on the 919 Hybrid racecar producing more than 600 horsepower that is transferred to all four wheels via torque vectoring system. Porsche claims that it can go from zero to 62 mph in 3.5 seconds, hit the 124 mph mark in 12 seconds and lap the Nurburgring in less than 8 minutes. 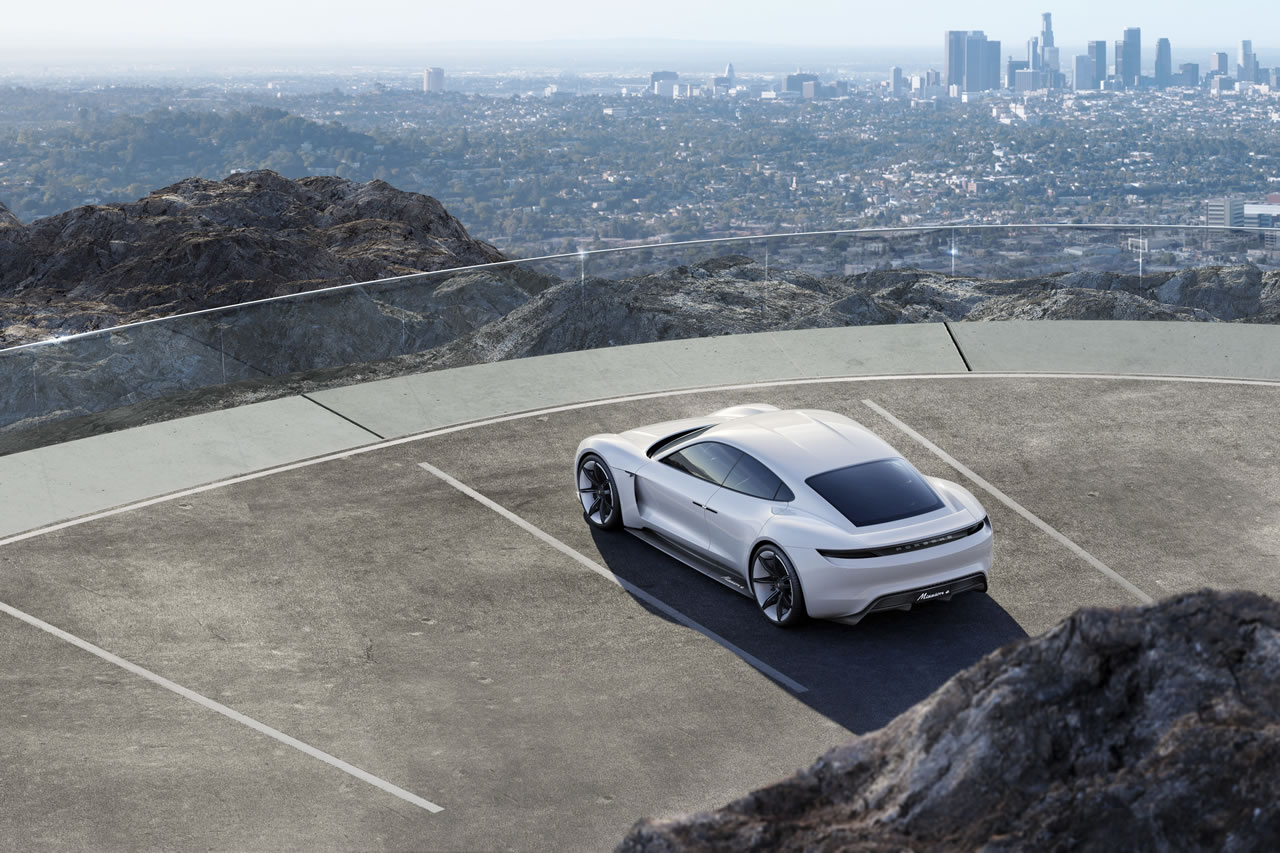 The battery pack sits low in the chassis of the car to help handling like Tesla’s Model S and gives it a maximum range of up to 500km (310 miles) on a single charge. The concept utilizes an 800-volt system that Porsche claims can charge the sedan to 80 percent in just 15 minutes. That would be enough to offer about 249 miles of range in a little more than time than filling up a traditional gasoline car. To keep weight to a minimum, the body uses a combination of aluminum, steel, and carbon fiber reinforced polymer along with ultra-lightweight carbon fiber wheels. On the inside, the futuristic cabin gets instruments that track their eyes so that the gauges always remain visible. A decision on whether Porsche will build the car is expected by the end of this year.

Tags from the story
Concept, Porsche