There’s no doubt that Rolls Royce Wraith is one of the most luxurious saloon ever to hit the markets and sits at the pinnacle motoring excellence. Acknowledging its brilliance, the most powerful car ever made by Rolls Royce was honored at the BBC Top Gear Magazine 2013 Car of the Year Awards yesterday. The Rolls Royce Wraith won this year’s category of ‘Rather Splendid Motor Car of the The Motoring Editor of Top Gear, Ollie Marriage, also took on the role of delivery driver traversing 951 miles from his home to the car’s International Media Launch in Vienna in one day arriving in time for dinner.

While delivering the award, the Top Gear Magazine had some lofty words to praise the most powerful and the fasted Roller to be ever made: “It’s massive and magnificent: a staggering, bewitching, gorgeous object to spend time with. In short, an experience.” 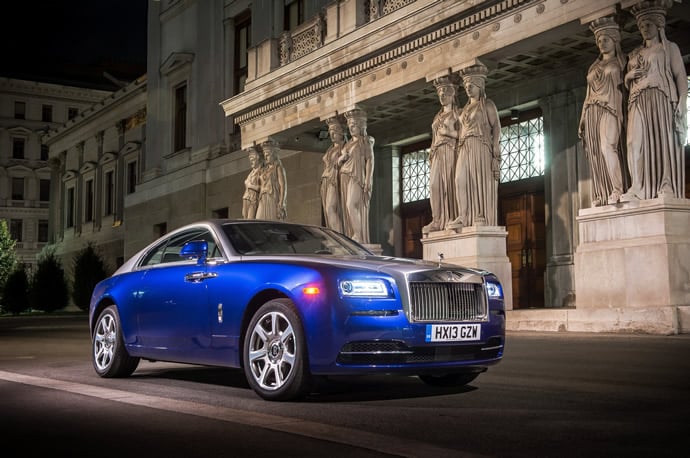 “Since launch, I have been delighted to see Wraith win plaudits from some of the most respected writers in our industry. In taking the car from the UK to Vienna in just one day, Top Gear embraced the car’s intended use; crossing continents effortlessly at pace. This award today is an endorsement of Wraith’s status as the ultimate gentlemen’s gran turismo” said Richard Carter, Director of Communications, Rolls Royce Motor Cars. Rolls Royce has won quite a few awards this year including the 2013 Award for Excellence in the British Luxury Brand category by Walpole, but the Top Gear award might just be the most prestigious of the lot.