Another day, another disgruntled luxury car owner decided to take a desperate measure to have his concerns heard. A man is Taiwan went the extra mile and crashed his $135,000 Porsche Cayenne through the dealership’s front doors as a stunt to demonstrate his dissatisfaction. The man claims his brand-new Porsche Panamera Sport Turismo had been delivered without all the options he ordered and the dealership refused to refund the money. The security camera footage released by authorities shows the SUV plow through the Porsche dealership in Taiwan’s Taichung City. After crashing through the glass entryway of the showroom, the white Cayenne stops just short of the front desk as the two receptionists react in horror. 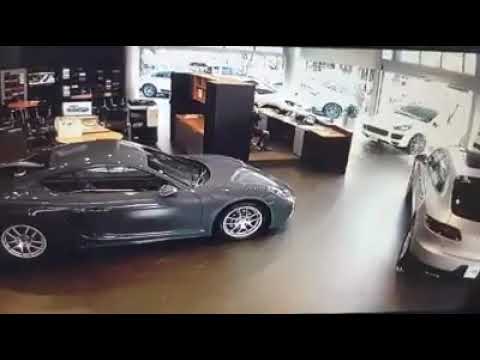 The 42-year-old man identified only by his last name name Chu can be seen shouting at the dealership staff before the cops arrive at the scene and arrest him. He was later charged with property damage, public endangerment, and intimidation. Chu reportedly told the authorities that he had deposited $75,000 to buy a new Porsche Panamera Sport Turismo equipped with the company’s advanced 4D Chassis Control system from the dealership for $250,000 in January of 2017. However, the car was delivered in November without 4D Chassis Control, to which Chu wanted to cancel the order. After months of negotiations, the dealership allegedly sent him a formal letter in April refusing to return his deposit. That’s when Chu decided to resort to the drastic measure. Chu reportedly headed straight back to the dealership after getting released from custody, and cops had to be called again. But the situation was resolved after a marathon two-hour negotiation over the Panamera and the dealership finally agreeing to return the deposit. It’s not the first time something similar has happened. A couple of years back a South Korean man destroyed his $200,000 Mercedes with a golf club to protest against poor service. 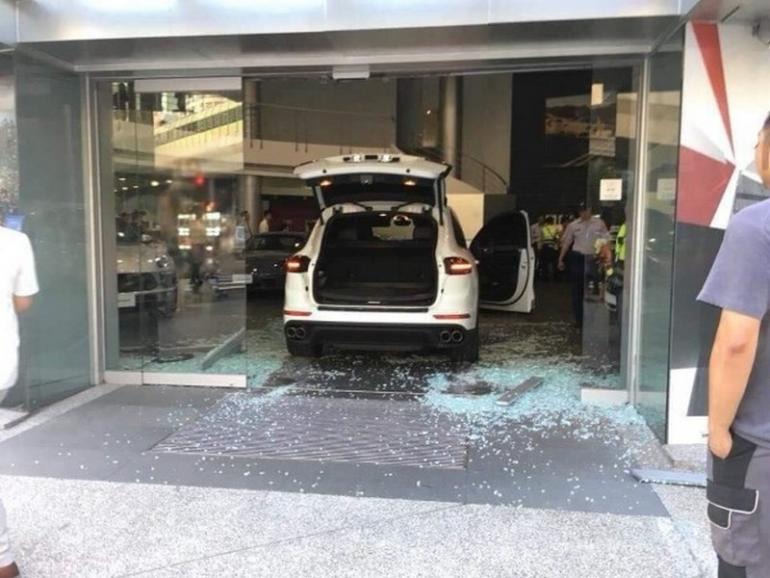 Tags from the story
Porsche, Taiwan