The choice of police cars in different parts of the world has always fascinated me. While most countries go for utilitarian vehicles that are bought in bulk to grab a good bargain, police cars in the US are big and intimidating like the Ford Explorer and Dodge Charger. Then there are cities like Dubai and Abu Dhabi that maintain a fleet of exotic police cars a PR exercise and maintain a more friendly and approachable image to the public. 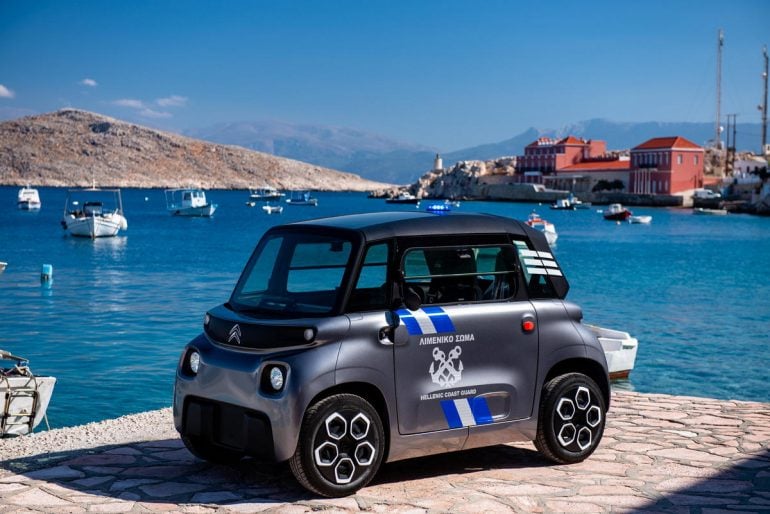 We at LL love to cover cool police cars such as Dubai police’s Bugatti Veyron – it is the fastest police car in the world, which makes it a great tool for public engagement. However, today, we’ve got something that’s on the other end of the spectrum. Meet the world’s slowest and probably the smallest police car – Citroen Ami. The local authorities on the Greek island of Chalki have partnered with Citroen for a fleet of electric patrol vehicles as a part of their eco-sustainability efforts, which includes the adorable Citroen Ami. 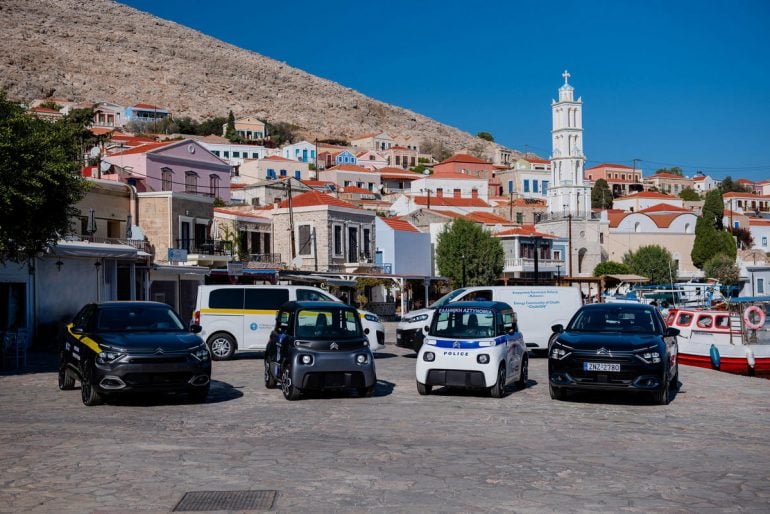 “We are really glad to collaborate with the Island of Chalki on this exceptional project,” said Vincent Cobee, CEO of Citroen. “This collaboration is completely in keeping with the spirit of Citroen, an innovative and daring brand, closely connected with people in their daily lives and their mobility.” 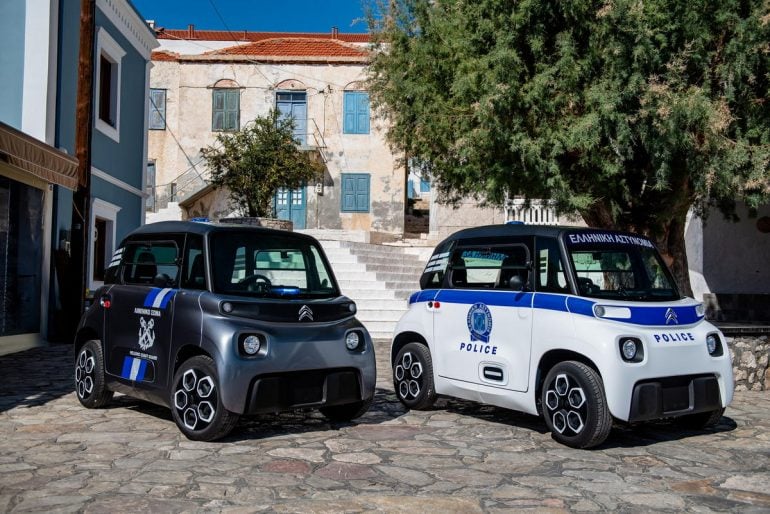 The Citroen Ami is one of the quirkiest cars ever made, which can be seen as a spiritual successor to the legendary Citroen 2CV. The electric car has a length of 2.41 m and a width of 1.39 m, making it a tiny vehicle. Its small size has its own benefits, including a tiny turning radius which should be very helpful for a tiny island like Chalki. However, I hope the island’s cops aren’t as unfit as me; someone of my size will struggle to fit inside the cabin. 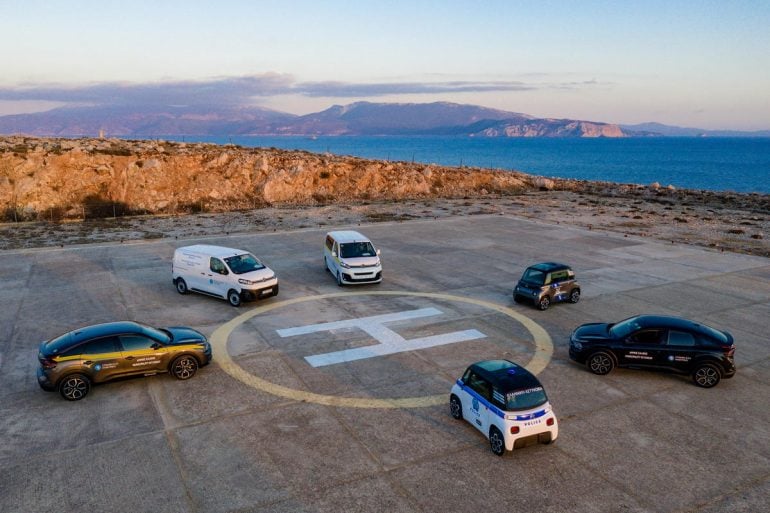 The Ami doesn’t follow the conventions of a traditional car; in fact, the EV is recognized as a quadricycle and doesn’t need a license to drive it in many countries. The single electric motor powering the Ami outputs just 8hp, which is one less than the 2CV. The two-door EV is equipped with an equally tiny 5.5-kilowatt-hour battery pack, which gives it a modest 43.5 miles of range and a top speed of just 28 miles per hour. Imagining a vehicle that looks like a toy car chasing criminals is hilarious. But most islands like Chalki have cops on bicycles and the Ami will only feel like an upgrade.

As a part of the deal with Citroen, the island will get four Ami EVs– two for the police force and two for the Coast Guard. Additionally, a pair of E-C4 crossovers and one E-Spacetourer van will join the fleet of Municipality of Chalk, while an E-Jumpy will be delivered to the Energy Community of Chalki. In a similar move, the Greek island of Astypalea was delivered a bunch of Volkswagen ID.3 and ID.4 EVs as part of a government program for decarbonizing the island.

Tags from the story
Electric-Cars, Greece