Florence is ranked the number one city in the world, taking the place Sydney held for the past four years, according to the Travel and Leisure magazine’s 2006 World’s Best Awards readers’ survey. Florence tops the list for a second time this year and is joined again by some lovely perennials—Rome, New York, and Sydney. Even in a country as full of art as Italy, Florence (Firenze- its Italian name) stands out from the crowd. This Renaissance jewel, full of warm trattorias, chic cafes and shops, small luxury hotels and beautiful people, welcomes the world to its door. History of power and wealth has left the city a legacy of beautiful architecture and great art creating an inordinate number of things that are worth seeing. Florence, which is the capital of Tuscany, lies on the Arno River and has a population of around 400,000 people. 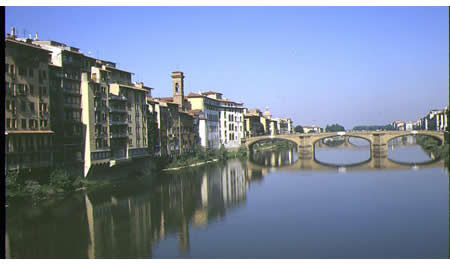 The magazine’s readers were asked to evaluate each city by its sights, culture, arts, restaurants, food, people, shopping and value for money. The northern Thai city of Chiang Mai made its second appearance in the top 10, finishing in the fifth spot. The South African capital of Cape Town came sixth, followed by Buenos Aires in Argentina, New York in the US, Beirut in Lebanon and San Francisco in the US. Travel and Leisure magazine announced the 2006 results in a variety of categories in New York on June 10. Bali again won the award for the world’s best island, while readers voted South Africa’s Singita Private Game Reserve as the world’s best hotel.
Source