Passengers flying on Virgin Atlantic Upper Class between London and New York will be treated to the first ever-airborne commercial art gallery. The service, which has been dubbed ‘The Gallery in the Air,’ will allow passengers to purchase the work of renowned street artist Ben Eine. Ben Eine has always been well known in London, especially for his work on Middlesex street, which, thanks to him, has been renamed Alphabet street. However, Eine rose to global prominence when Prime Minister David Cameron gifted one of his paintings to President Barack Obama. The display will operate as a traditional exhibition, with upper-class passengers having the chance to take a virtual tour of the gallery and see behind-the-scenes footage of how each piece was constructed. The buying process is the same as any in-flight product and will allow customers to buy the pieces duty-free.

The collection draws inspiration from London and New York and the artist’s partnership with Virgin Atlantic. The collaboration is to be the first of many such partnerships and will last from February 1st to the 28th. Most street artists are skeptical of partnering with a brand, but Eine says that the presence of Richard Branson helped persuade him to partner with Virgin Atlantic. The gallery will feature works ranging from $4,000 to $24,000. 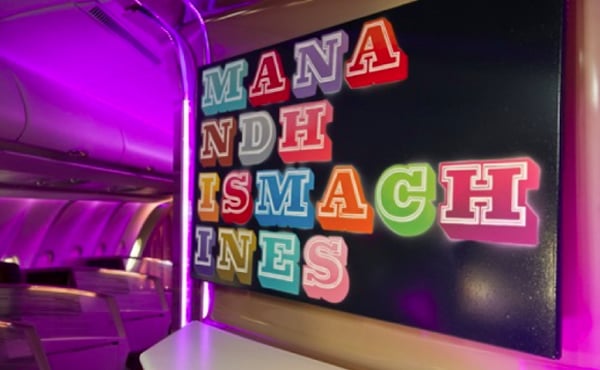 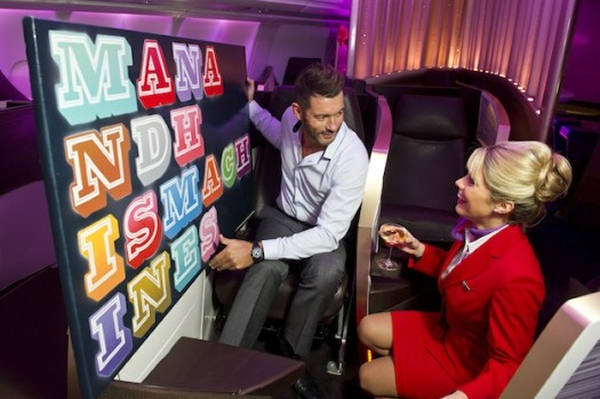 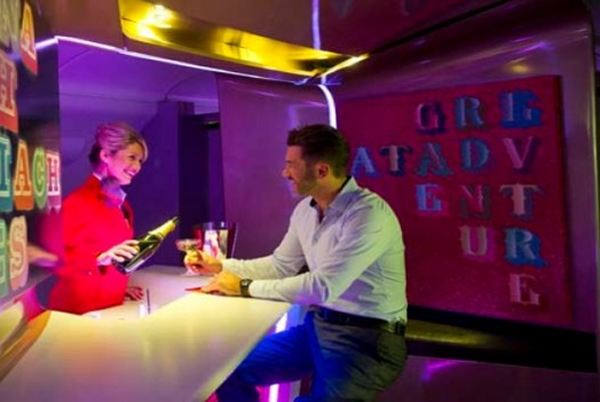 [Virgin Via Psfk and Telegraph]