The Mercedes-AMG Petronas Formula One Team had a decent outing at the inaugural Miami Grand Prix with George Russell and Lewis Hamilton finishing 5th and 6th respectively. To make it more special, IWC Schaffhausen released the team’s first-ever official team watch ahead of the race weekend that was worn by all team members ranging from mechanics to strategists. Called the Pilot’s Watch Chronograph 41 “Mercedes-AMG Petronas Formula One Team Edition,” the timepiece is based on the IWC Pilot’s chronograph that was refreshed in 2021, which included downsizing from 43mm to 41mm to make it more wearable. The special edition watch remains largely unchanged from the standard model except for a few, very prominent differences. 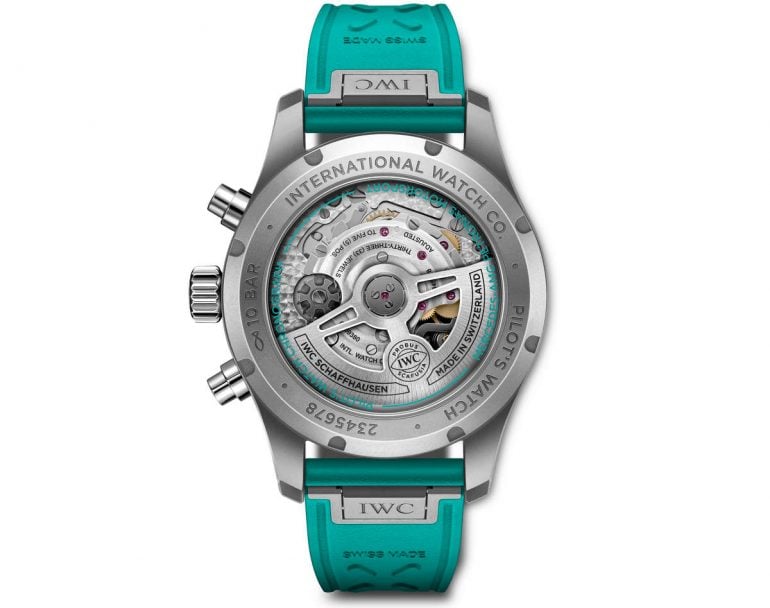 The turquoise-colored accents of the special edition completely transform the personality of the watch, especially on the dial where it beautifully contrasts against the black dial. While the color might look very familiar as it closely matches the Tiffany blue, the hue is the signature color of Petronas – the title sponsor of the Mercedes F1 team. Everything from the markers to the indices and even the lettering is in the same color. Other than that, what makes the special edition unique is its 41mm case. Unlike the standard model’s stainless steel case, the official team watch features a sandblasted 41mm grade 5 titanium case, which makes it lighter. Housed inside the case is IWC’s 69385 chronograph movement that features a bi-directional pawl winding system and a power reserve of 46 hours. The watch comes fitted to a rubber strap in the same green color and also includes a black embossed calfskin leather strap with green stitching. The Mercedes-AMG Petronas Formula One Team Edition is priced at $7850, which makes it slightly more expressive than the standard IWC Pilot’s chronograph. 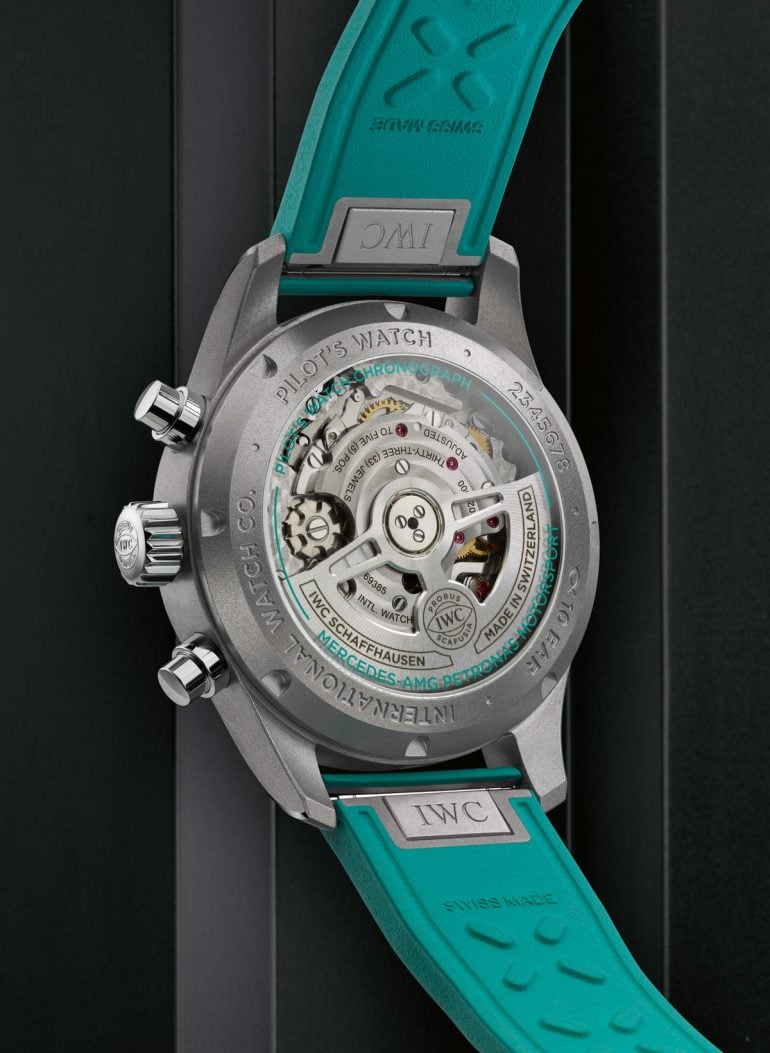 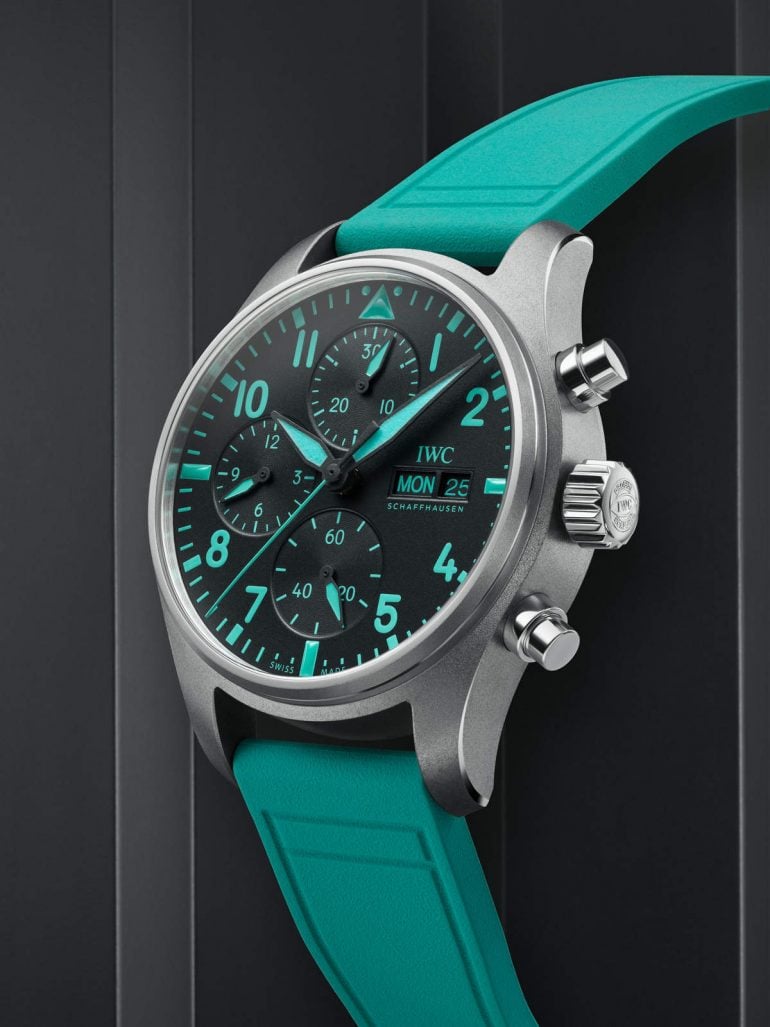 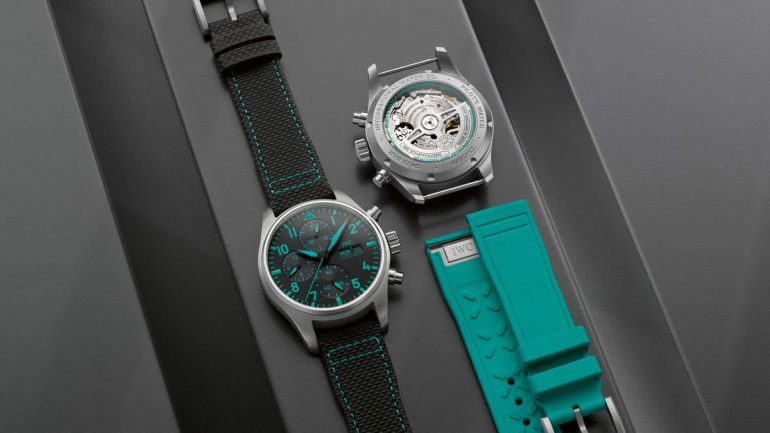 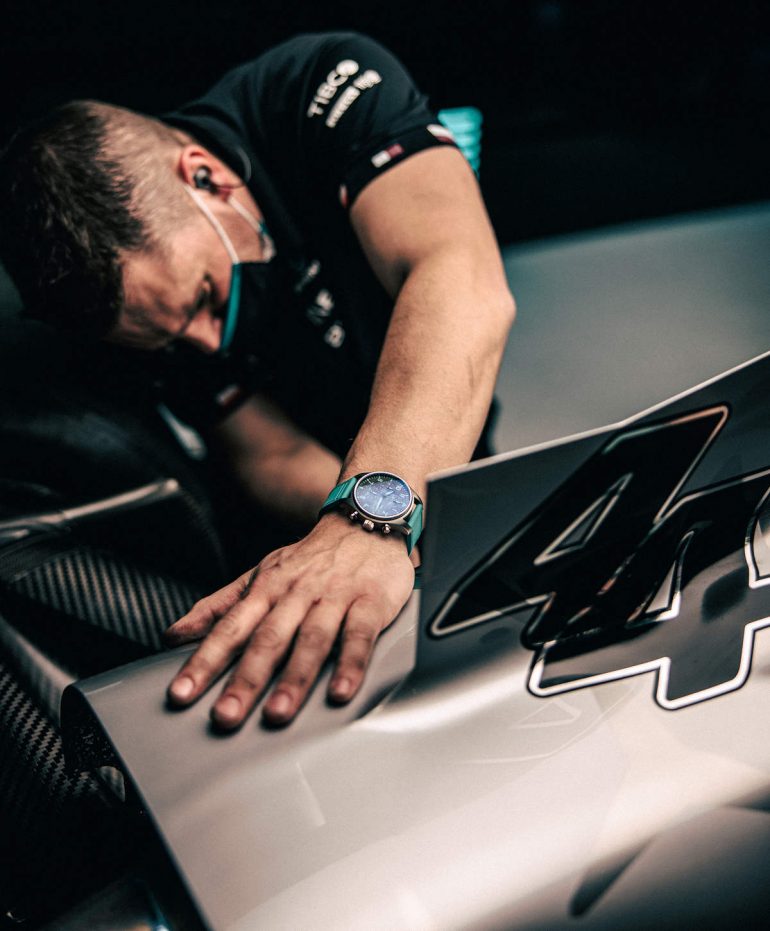 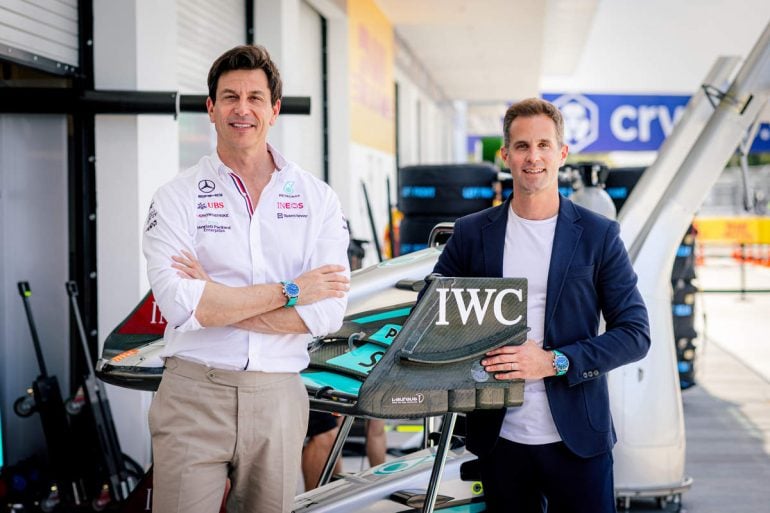 Tags from the story
IWC, Mercedes-Benz-AMG