MB&F for the second time has teamed up with Stepan Sarpaneva, the independent watchmaker from Helsinki, for its latest Horlogical Machine – MoonMachine 2. The previous collaboration between the two spawned the original MoonMachine which was introduced back in 2012. Based on the HM3, Stepan Sarpaneva added its famous moon-face complication. Six years later, the two have joined forces to make the MB&F MoonMachine 2, which uses the HM8 as a base. The automotive-inspired case of timepiece is augmented by Sarpaneva’s signature gold moons – one bigger sized moon measuring 8.5mm in diameter and .45mm thick set into the titanium winding rotor visible through the sapphire window on the case’s top, and two smaller moons measuring 4.5mm in diameter, .35mm thick. The smaller moons can be seen between the jumping hours and wandering minutes. The hand-finishing process is extremely delicate. 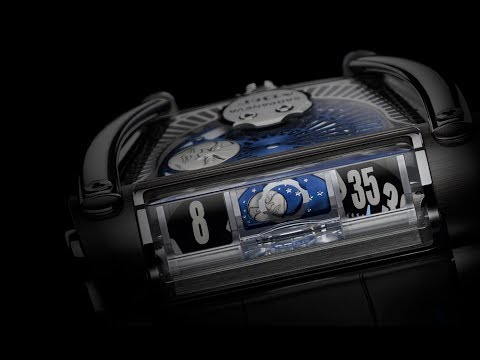 The driver’s watch-inspired case and dial was introduced on the HM5 and later used on the HMX, and is a direct homage to 1970s models by Girard-Perregaux, Amida and Bulova. Thanks to the addition of the moon-phase complication, the case is 0.5mm thicker than HM8 to accommodate the additional mechanism and features a pusher on the side to correct the age of the moon. Three versions of the MB&F MoonMachine 2 will be available in different metal and color combinations: full titanium with white gold moons and a light-blue sky; blackened titanium with white gold moons and a dark-blue sky; and the last one is in red gold and titanium with red gold moons and an anthracite sky. All the versions are limited to 12 pieces and the prices range from CHF 88,000 ($93,000 USD approximately) for the titanium versions to CHF 95,000 (roughly $101,000 USD) for the red gold version. 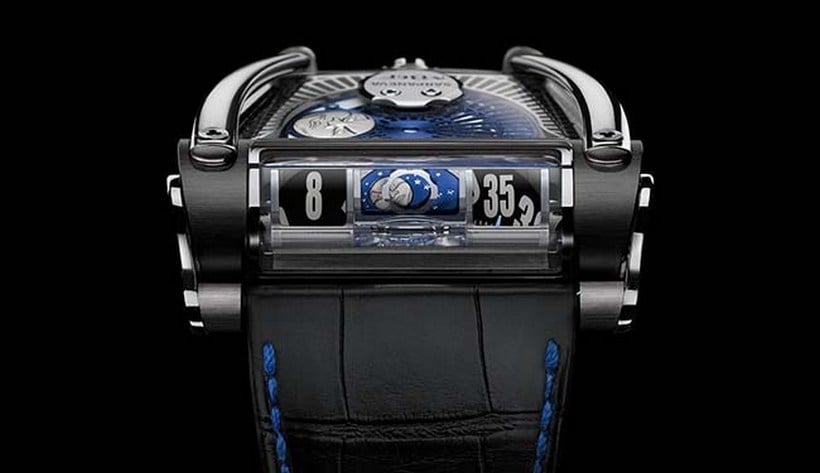 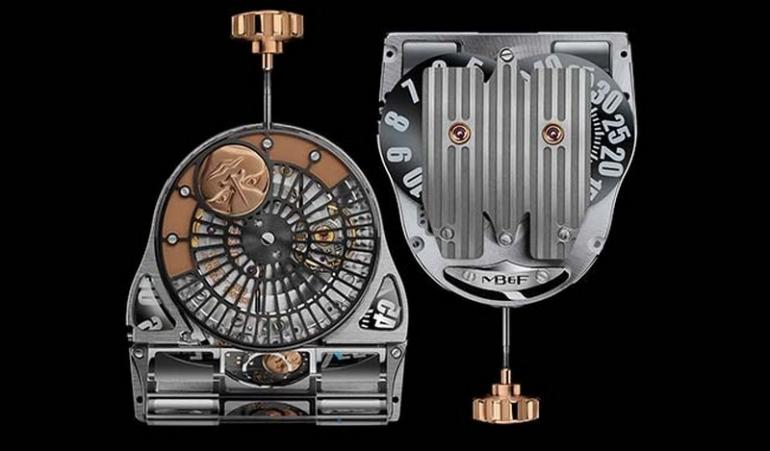