MB&F is known for their cool watches and automatons that the world collectively marvels at; this time they have delivered a table clock co-created with L’Epée 1839. Called OCTOPOD, the clock is inspired by marine creatures like octopuses and cephalopods but also deep sea technology like the bathysphere from the 1989 classic The Abyss.

Octopod is made up of 468 fine-finished components. It really does look like a robot octopus, though with spidery legs. It can stand or crouch and its transparent spherical head, the watch mechanisms and movements appear to be completely suspended. 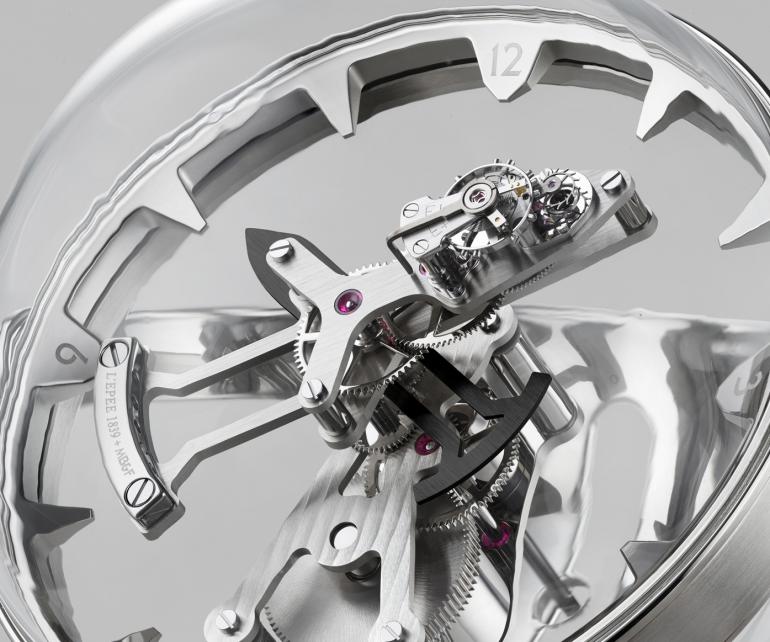 The clock’s eight-day movement is a new innovation from L’Epée 1839 and it includes a rotating escapement located on the minute hand. 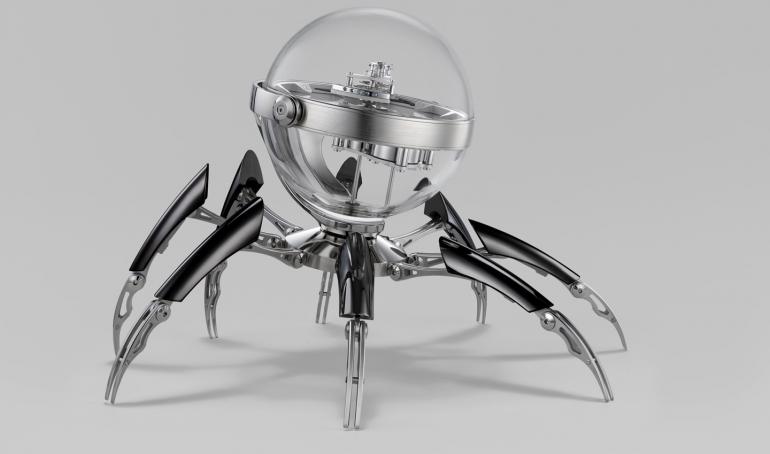 There’s really something to be said for MB&F’s creations, not only do they strive for technical perfection but also for whimsy and fantasy. There’s hardly ever anything negative to be said about these artifacts with the exception that they are too rare and expensive to be seen and owned by everyone. The Octopod is available in 3 limited editions of 50 pieces each (black PVD, blue PVD, and palladium/silver) Each one is priced at CHF 35,000 which is about $36,445. 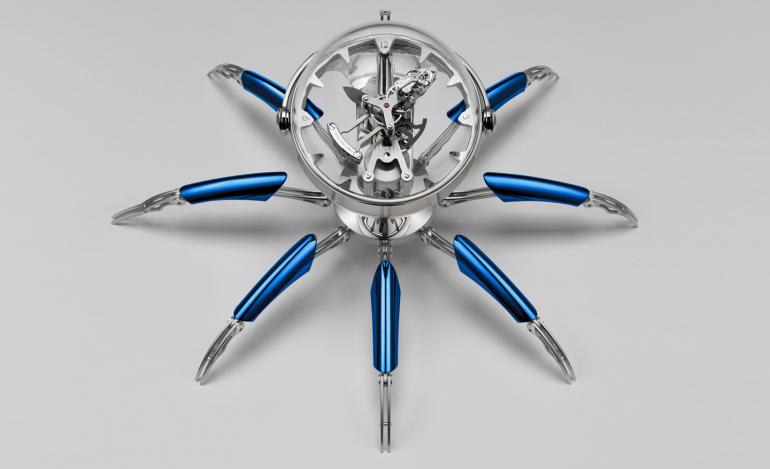