MB&F and H. Moser & Cie. are both independent Swiss watch manufacturers that have been partners for more than a decade; Precision Engineering AG – a sister company of H. Moser & Cie. – has been a supplier of balance springs to MB&F. The two brands have now come together to collaborate on a pair of timepieces that each watchmaker has designed for the other. Longtime friends, MB&F’s CEO Maximilian Büsser approached H. Moser CEO Edouard Meylan to “help create a Performance Art Piece.” Büsser says: “When I called Edouard to tell him that I wanted to collaborate on a creation, I mentioned that I really liked the double balance-spring, the Moser fumé dials, and the Concept watch series. Edouard immediately told me that he would let me borrow these features, but on condition that he could also reinterpret one of my machines.” The result is an LM101 MB&F x H. Moser with Moser’s signature aesthetic elements added to it and an Endeavour Cylindrical Tourbillon H. Moser x MB&F styled by MB&F. 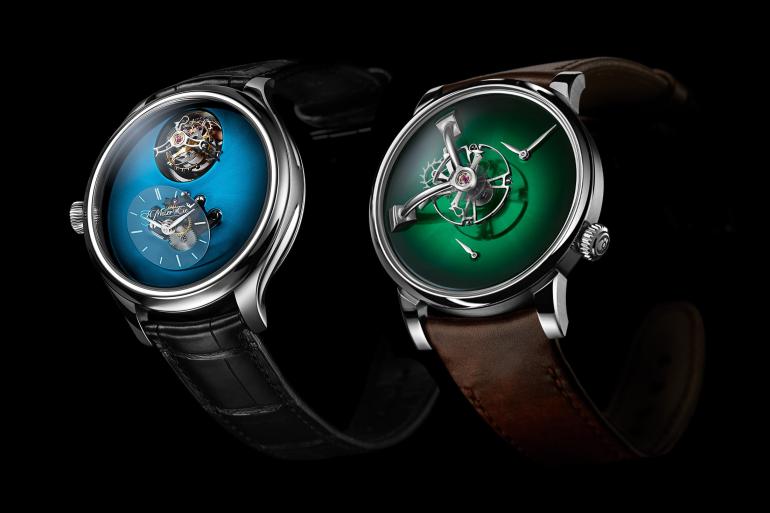 Starting with the LM101 MB&F x H. Moser, the simplest Legacy Machine has been given a minimalist treatment along with adding Moser’s signature smoked finish and introducing a slight redesign to the movement. The floating domed hour and minute subdials have been removed along with the MB&F logo to add to its minimalism. The timepiece also features a double hairspring for the first time, made by Precision Engineering. The other change to the movement comes in the form of a black NAC coating to the bridges instead of the usual rhodium-plated finish. The timepiece is available in four dial colors: Funky Blue fumé, Cosmic Green fumé, red fumé, and Aqua Blue fumé – each limited to 15 pieces. The Endeavour Cylindrical Tourbillon H. Moser x MB&F has a transparent hour and minute dial inclined on a 40° angle and inscribed with the H. Moser & Cie. The highlight of the timepiece is its one-minute flying tourbillon with a cylindrical balance spring at the 12 o’clock position. The fumé dial on the watch can be had in funky blue, cosmic green, burgundy, off white or ice blue. The LM101 MB&F x H. Moser is priced at $52,000, while the Endeavour Cylindrical Tourbillon H. Moser x MB&F carries a price tag of $79,000. 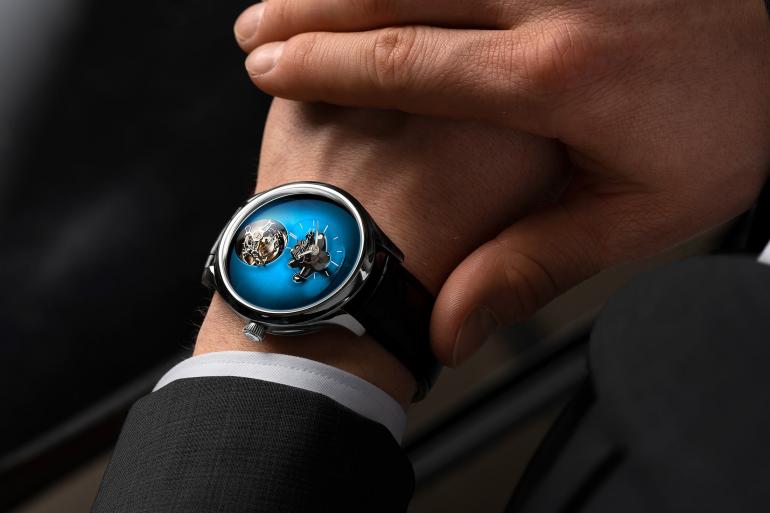 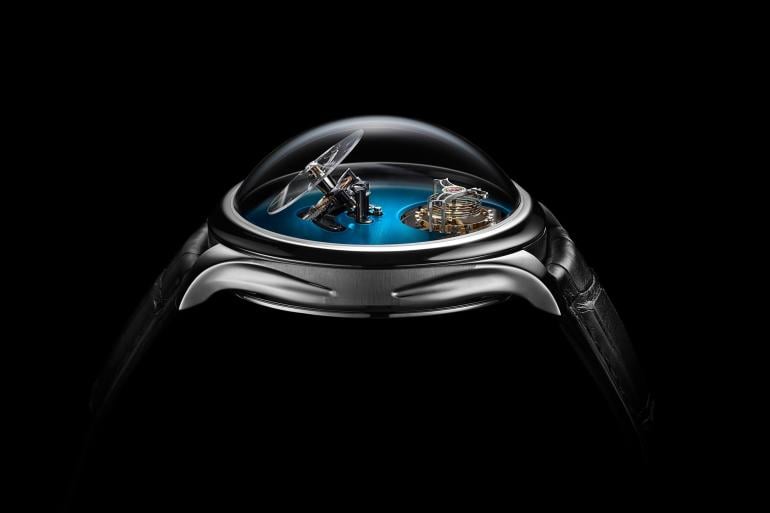 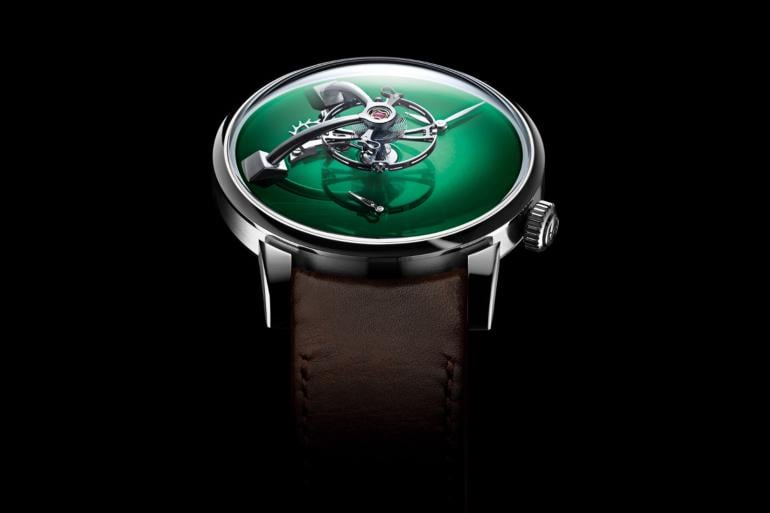 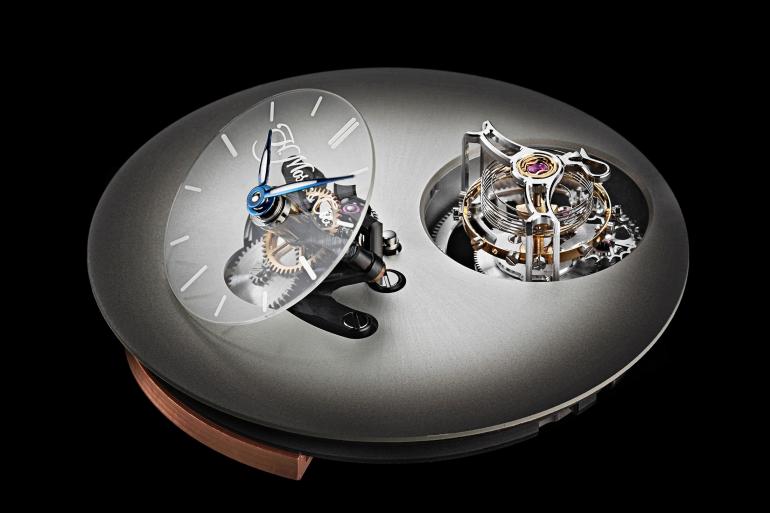