A rose by any other name would still be a rose; so would a Rolex. One doesn’t expect Rolex’s well-established brand to feel threatened by a much smaller, newer business Oyster & Pop. But that’s precisely what happened over using the name oyster, considered by Rolex a copy of its Oyster range. Emma Ross-McNairn and her sister, Sarah Davies, owners of the family-run business Oyster & Pop, specialize in educational products. One product is an analog wall clock done up in very vibrant colors with text and markings designed to help kids tell time. No one in their right mind, or even wrong, would confuse the $25 wristwatch with something as iconic and discernible as Rolex. 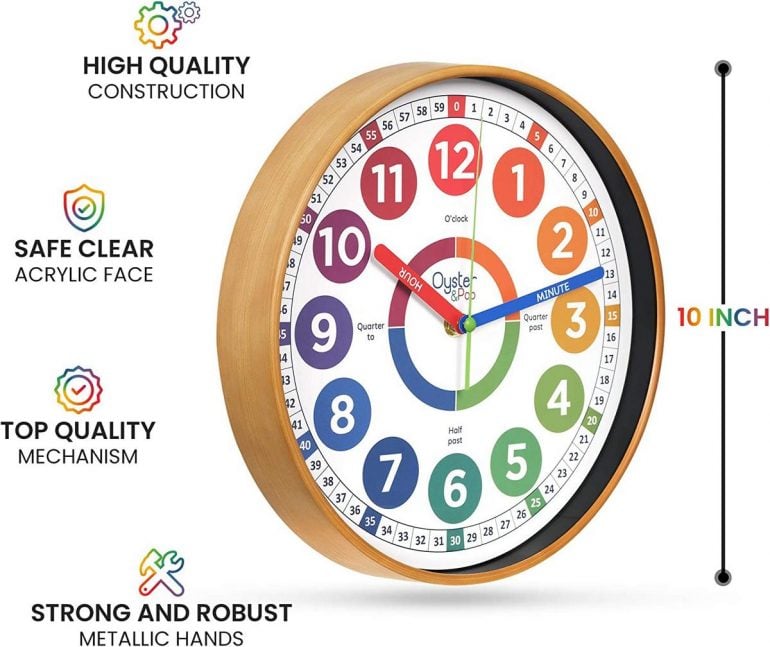 Nonetheless, Rolex lawyers have written to Oyster & Pop, claiming that people would link the educational clocks with the brand’s Oyster Perpetual watches. The Devon-based business has received a letter from lawyers of the luxury watch firms asking it to rebrand. Director of Oyster & Pop, Emma Ross-McNairn, said the situation was “nonsense” and that the lawyer’s letters had been “bullish.” Rolex also stated it wouldn’t take further action if Oyster & Pop changed its logo, website domain, and brand name.


Mrs. Ross-McNairn said: “It would just crush our business. You see Formula One and Rolex sponsoring such huge events like that; you don’t then think of a children’s clock company. If someone says oyster to me, the first thing I think of is the Oyster Card on the tube, not Rolex watches. They’ve taken such a strong bullish stance. The letters from them have been disappointing and aggressive. I don’t think anyone could confuse our clocks as coming from Rolex.” In actuality, the small business is named after the road “Oyster Bend” where the sisters grew up in Torbay, per BBC. 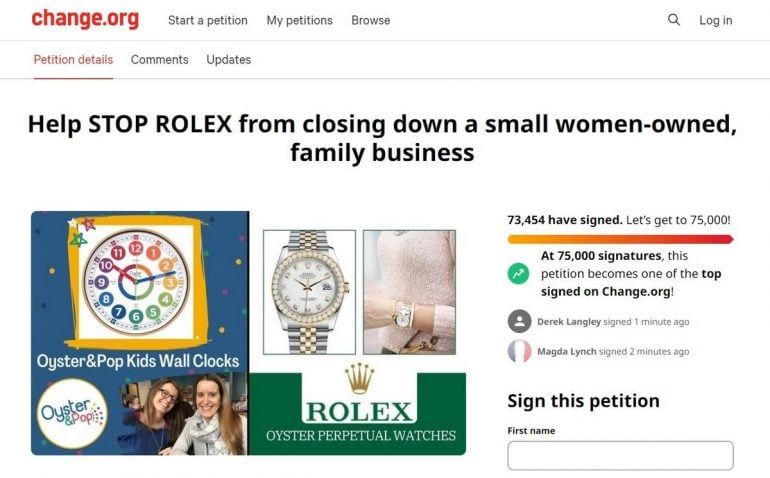 The sisters haven’t been laying low either. Oyster & Pop has launched a petition on change.org, “Help STOP ROLEX from closing down a small women-owned, family business,” with over 70,000 signatures from supporters. Tracey McKeever stated, “They should worry about the 20.000 fakes flooding the market, not a teaching clock for kids it looks nothing like there s bored rich people with nothing to do but upset others. Rolex is on its way out anyway.” Khan commented, “Why stop here Rolex, why don’t you also sue the Mayor of London for allowing the Oyster card to remain in circulation. They’re a bloody joke, but I’ll tell you what, if no one had heard of Oyster & Pop before this, they will now. Power to you. Nothing like free PR off the back of the big boys. Stay positive; we all support your fight.”