Tag Heuer has been around for more than a century and a half now and brand purists will quickly recognize the legendary Monaco models, with the left-hand crown. The watchmaker has brought back the past with its new Monaco Calibre 11 Edition Steve McQueen wristwatch. Announced at the Baselworld 2015, this Tag comes complete with the left-hand crown and has several retro influences. The watch’s Caliber 11 is a Sellita base movement with a Dubois Depraz chronograph module. Many may argue that the left-hand crown is highly impractical, given the fact that a user needs to remove the watch from the left wrist in order to adjust the time. However, Tag Heuer decided to retain this highly unusual design to keep the Monaco’s modern rendition as close to the original. 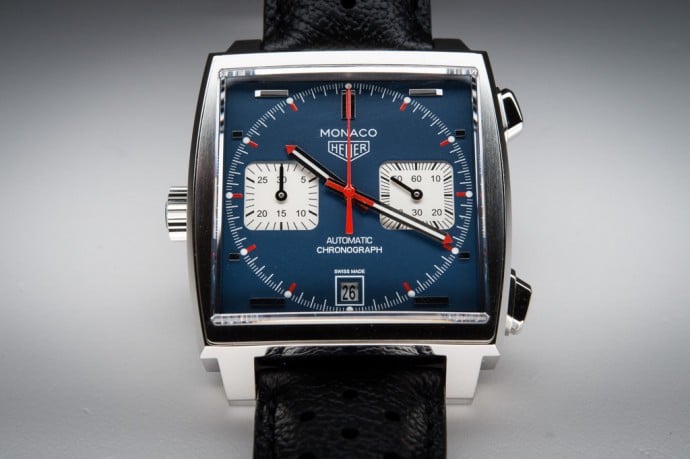 The watch’s strap clasp is quite interesting too, since it’s designed in such a way that more leather and less metal is in contact with your skin. Sporting a stainless steel case with a domed sapphire crystal , the watch is water resistant to 100 meters . The Tag Heuer Monaco Calibre 11 Edition Steve McQueen comes with a price tag of $8,100, which many fans of the watch won’t hesitate to pay, given the fact that this intricately designed timepiece is truly one-of-a-kind, with an expensive movement and great looks! 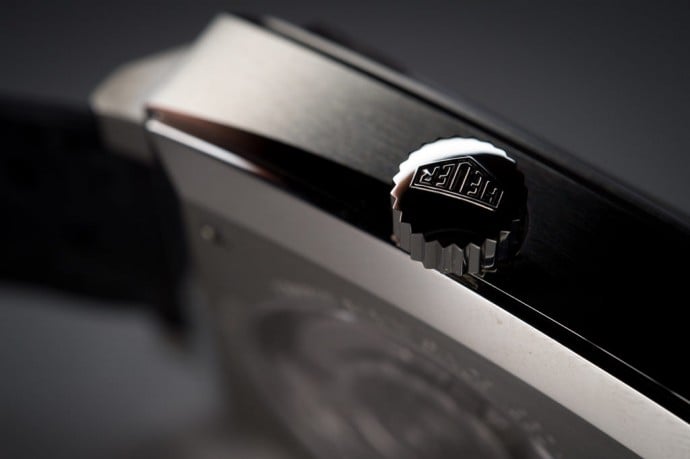 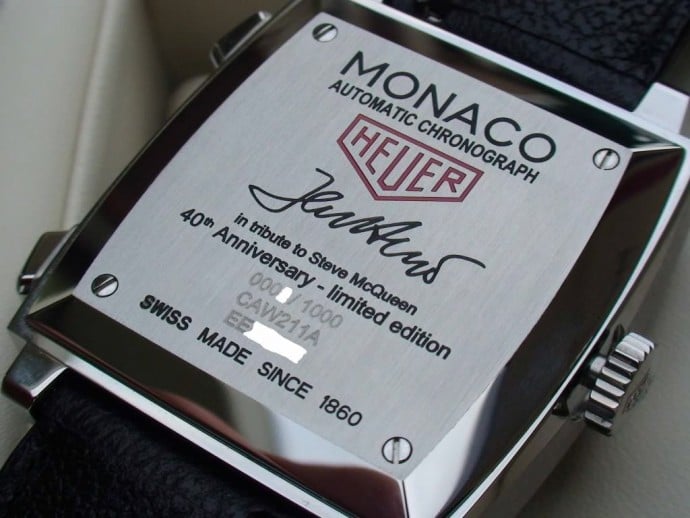 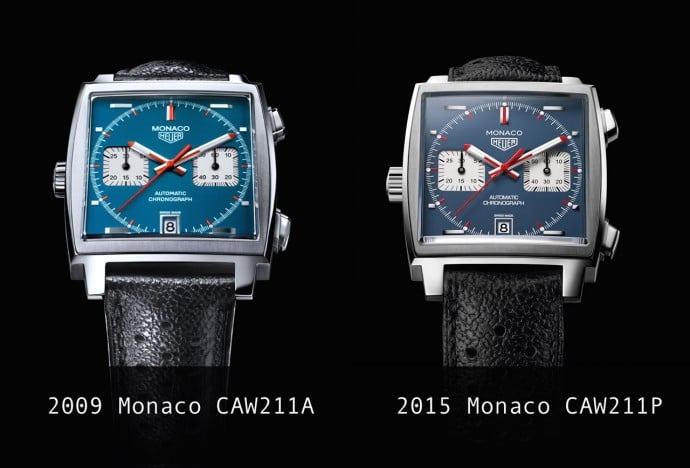