Those who have studied the mysterious mind of Adlof Hitler, know well enough of his obsession with art. The Nazi leader, who collected several art pieces during his reign, was himself a painter in his early life. One of his works has now come up for auction, and it displays an eclectic rendition of his former French lover named Charlotte Lobjoie. 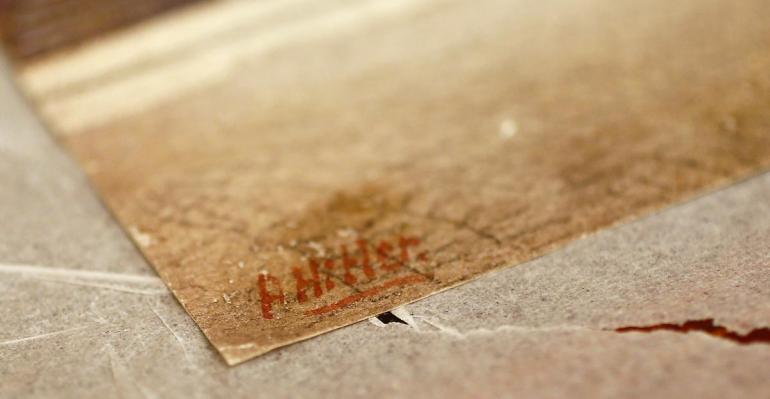 The 63 x 48cm oil painting, shows a “a young woman with a red scarf loosely tied on her head that casts a heavy shadow over her face”. Hitler’s lover wears a light-colored shirt, open from the neck down and exposing part of her breasts, in the said painting. In paying an ode to the evil side of love, the Nazi maverick has painted his lover with a pitchfork in her hand, as clearly evidenced in the art work. The rare and rather insightful painting is ready for sale at the Weidler auction house in Nuremberg, a city that bears great political appeal in Hitler’s memoirs.

Aptly titled as ‘Portrait of a Girl’, A. Hitler’s painting as so signed by him, is expected to go down the hammer for a steep sum of £52,000 or $73,320.00. Hitler’s paintings have become pieces of historical imminence and have been sold for huge numbers in the past too. In the year 2015, Weidler sold another one of Hitler’s paintings for $1,22,710.00. It would be a wonder then, if his lover’s rendition sells for any less!

Tags from the story
Adolf-Hitler, paintings