Every time a highly collectible Star Wars memorabilia hits the auction block, some fresh sales records are almost guaranteed to be set. After the recent auctions of the original Han Solo Blaster gun and the ultra-rare Boba Fett action figure, a rare, early draft Roger Kastel-designed Empire Strikes Back poster was sold last weekend for a record-breaking $26,400. The concept poster of the Irvin Kershner-directed Star Wars sequel was auctioned at an event hosted by Heritage Auctions in Dallas and the winning bid has set a new world record for Star Wars movie posters ever sold. 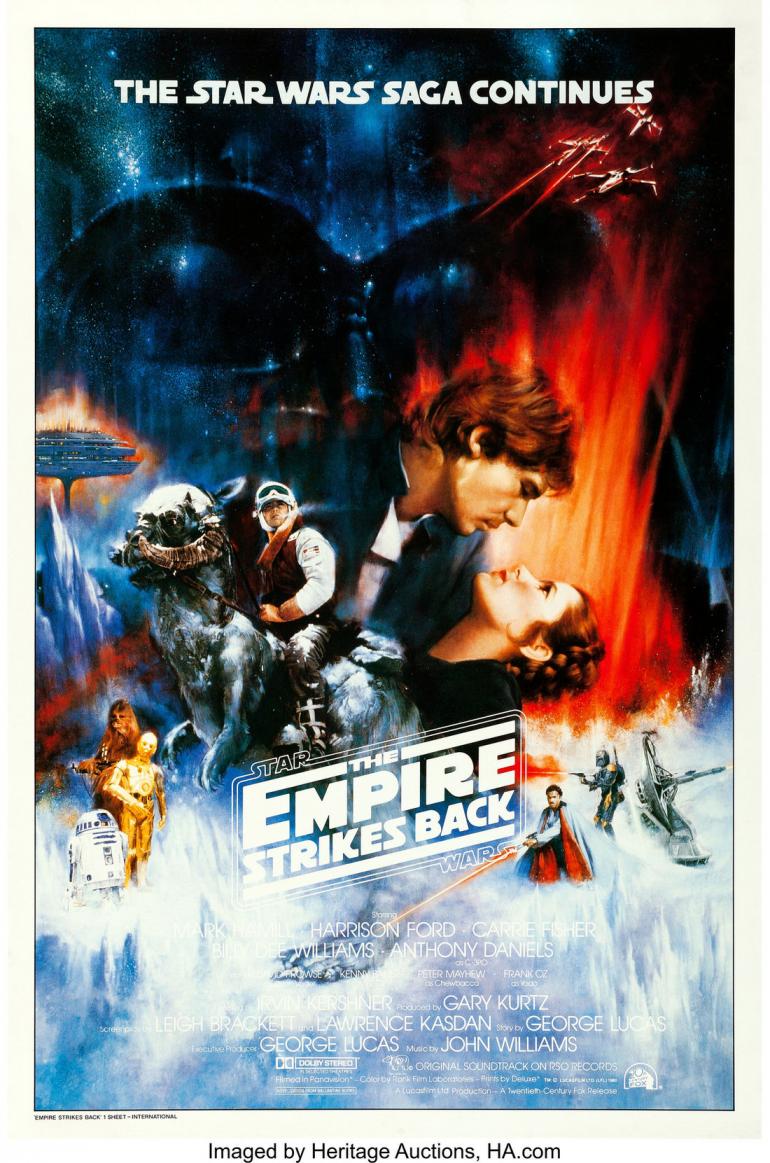 Heritage Auctions revealed in the official release that an anonymous pop culture aficionado made the winning bid to walk away with Kastel’s early draft of the poster. It was designed as an homage to a poster from the re-release of Gone with the Wind; Han and Leia’s pose in the poster mimic that of Clark Gable and Vivien Leigh from the classic film. Lucasfilm and 20th Century Fox eventually settled on a different design for the final version.

Tags from the story
Poster, Star-Wars