After the Empire State Building, don’t miss a trip the iconic Flatiron Building and Whitney Museum of American Art

New York has been through more iterations than famous residents such as Madonna and Lady Gaga, and the city brims with architectural landmarks worth a look on any trip to the Big Apple.

After you come down from the top of the Empire State Building and have wander around Central Park, make sure you make a stop at these classics.

Flatiron Building
Justifiably among the most photographed buildings in Manhattan, only the Empire State Building and the Statue of Liberty rival the Flatiron Building for New York icon status.
Designed by Chicago’s skyscraper trailblazer Daniel Burnham, its position at the nexus of Fifth Avenue, Broadway and East 22nd Street gave it its famous triangular footprint and eventually a cameo in nearly every film or television show filmed in New York.
When completed in 1902 the combination Renaissance palazzo/Beaux-Arts Flatiron was one of the city’s tallest towers at 20 storeys. 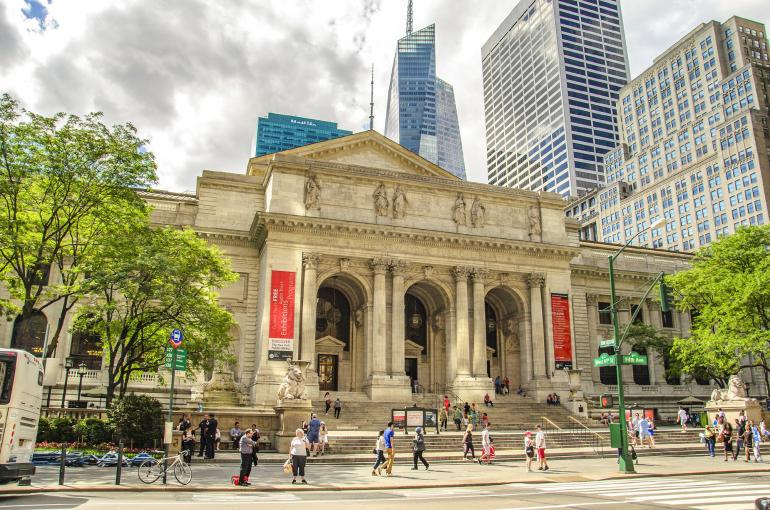 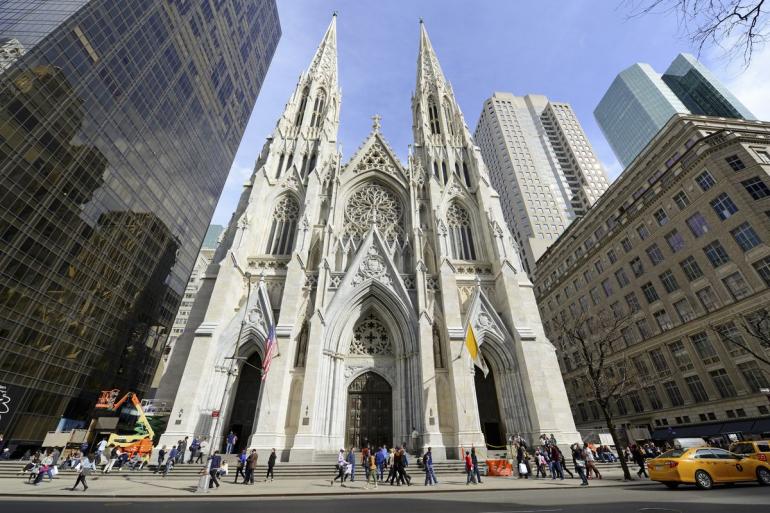 St Patrick’s Cathedral
Defiantly sitting in the heart of midtown Manhattan on Fifth Avenue, across the street from Rockefeller Plaza, James Renwick Jnr and William Rodrigue’s decorated neo-Gothic Catholic Church is the largest of its kind in North America.
Originally completed in 1879, its distinctive spires were added in 1888 and restored in 2015. 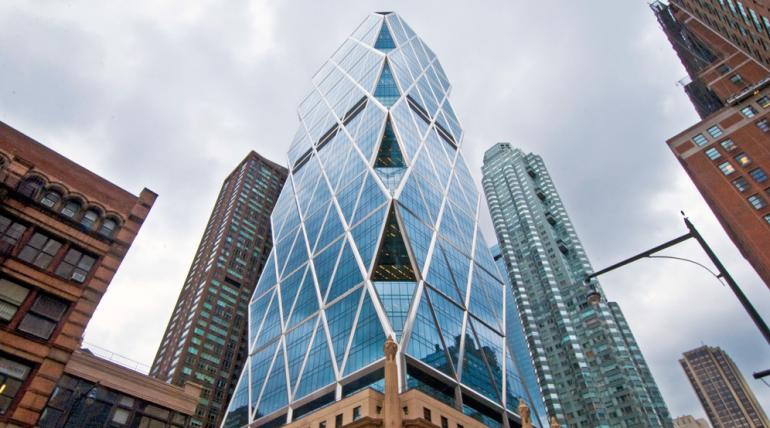 Hearst Tower
If a single building can bind past and present it might be the Hearst Tower near Columbus Circle. Home to Hearst Communications (Cosmopolitan, Elle), publishing mogul William Randolph Hearst commissioned Joseph Urban to build a Manhattan skyscraper when the Great Depression halted construction.

In 2004, Norman Foster’s modern 40-floor diagrid extension was added to Urban’s 1928 Art Moderne base, the result of which is the current mix of old and new.
Hearst Tower also holds the distinction of being New York’s first green office tower.

In August 2003, the Port Authority of New York and New Jersey selected Santiago Calatrava to design one of the most emblematic projects in Lower Manhattan’s restoration. #worldtradecenter #usa #newyork


World Trade Center Station
When Spanish architect Santiago Calatrava’s World Trade Center Transportation Hub opened in 2016 it was on the heels of much fanfare and just as much criticism; it took 12 years and cost US$4.4 billion.
Yet there’s no denying Calatrava’s signature spiky fish bone and clean white finish on the sculptural entrance to the station – Oculus – leaves an impression as it rises like unfolding wings.
Light streams through the structure’s spine-spanning skylight, making for more than just a way to get to trains and ferries.

fallin’ in love with cities, not people


Whitney Museum of American Art
While it’s tempting to halt gallery tours with the Museum of Modern Art and the Guggenheim, the latest addition to New York’s museum landscape is worth a visit for its eight storeys of column-free exhibition spaces, the biggest in the city.
Designed by Renzo Piano, the Whitney Museum Of American Art isn’t new; it actually relocated to the emergent Meatpacking district – near the High Line – from its former spot on the Upper East Side in 2015.
The expansive, welcoming interior which incorporates a theatre, library and reading room is capped by a cafe overlooking the Hudson and Greenwich Village.

Tags from the story
New-York, SCMP