Who would’ve thought that a whole football stadium could one day be demountable? Well, surprising us pleasantly is the news of Stadium 974’s completion that boasts the same unthinkable design and is built using shipping containers! How cool is that!

Formerly known as Ras Abu Aboud, Fenwick Iribarren Architects have reworked the stadium with the help of structural engineers Schlaich Bergermann Partner and Hilson Moran. It is located in Qatar and is the country’s seventh tournament-ready venue for the FIFA World Cup 2022. 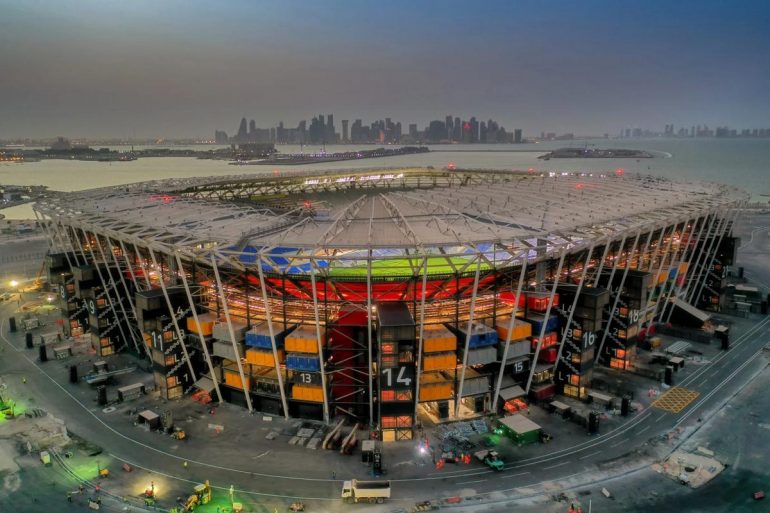 The space has been constructed using standard certified shipping containers and modular steel elements and features a seating capacity of 40,000. It is situated just 800m from Ras Bu Abboud station on the Gold Line of the Doha Metro and will host its first match on 30 November. 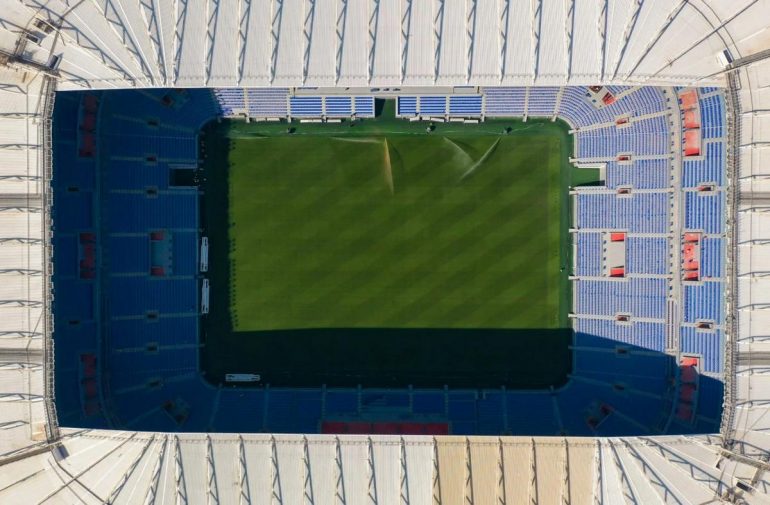 The stadium’s ingenious design has resulted in less building material being used than in traditional stadium development, which also helped in bringing down its costs. Further, its bowl avoids the need for air conditioning in Qatar’s heat by allowing for natural ventilation. 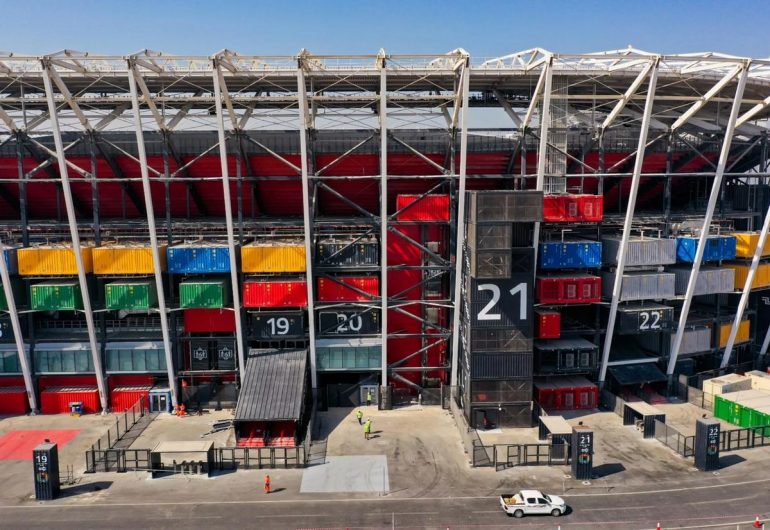 Much of the structure is made using recycled steel along with the use of water efficiency methods to ensure reduced water use by about 40% during construction than traditional stadiums. Further, some of the containers from the design contain staircases, concession stands, and bathrooms. 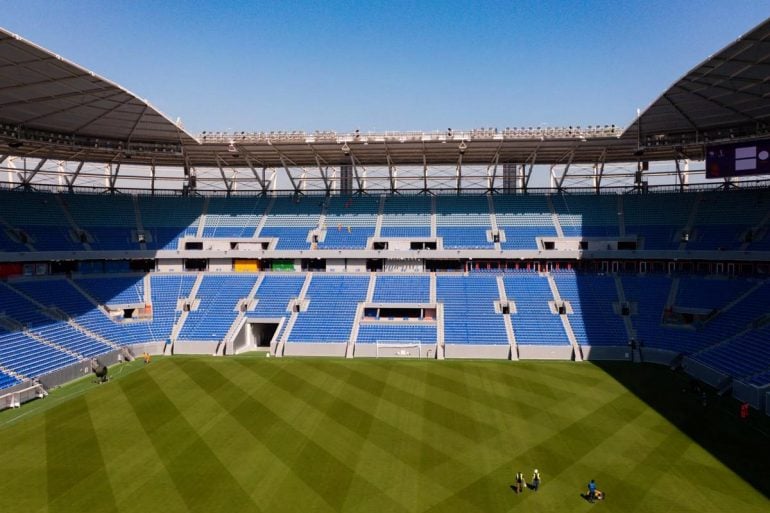 Commenting on it, Chairman and Engineer of the Supreme Committee for the FIFA World Cup Qatar 2022 (SC), Yasir Al Jamal, said, “The striking Stadium 974 is a proud symbol of sustainability and innovation,” while SC’s secretary-general ​​Hassan Al Thawadiadded, “We consider this innovative venue a game-changer for future mega-event hosts.” 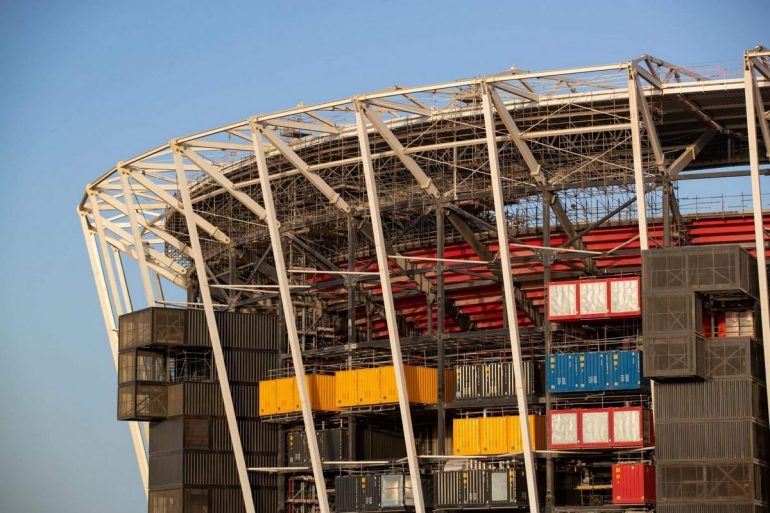 Ultimately, the stadium aims to be dismantled and reassembled in a new location after the football tournament in 2022 or repurposed as a series of smaller venues. Talk about sustainable architecture!