Under an important modernization plan to improve the major business district of Paris, La Defense – the construction of stylish skyscrapers- was given the go-ahead by the Chairman of the EPAD (La Defense Management & Development Office. One such ambitious project is the Hermitage Plaza. Introduced to the world by British architect Norman Foster in 2009, it comprises 2 skyscrapers, one of which is expected to be 1,050 ft high with 93 floors. Though the plan to construct this enormous edifice has hit a few roadblocks in the past, it will become the tallest skyscraper in the European Union if all goes well this time. Even eclipsing the Shard in London! At this moment, the 1016 ft- Shard that was launched a couple of months back is the tallest completed building in the European Union.

The Hermitage Plaza that is being spearheaded by Russian real estate developer Emin Iskenderov of the Hermitage Group is estimated to cost $2.88 billion. Iskenderov aims to transform the urbane-office landscape of La Defense into more than just another pretty Parisian background. The idea is to be able to offer connoisseurs in Paris a taste of Manhattan mixed with Parisian finesse. The project is slated to be completed by 2017. 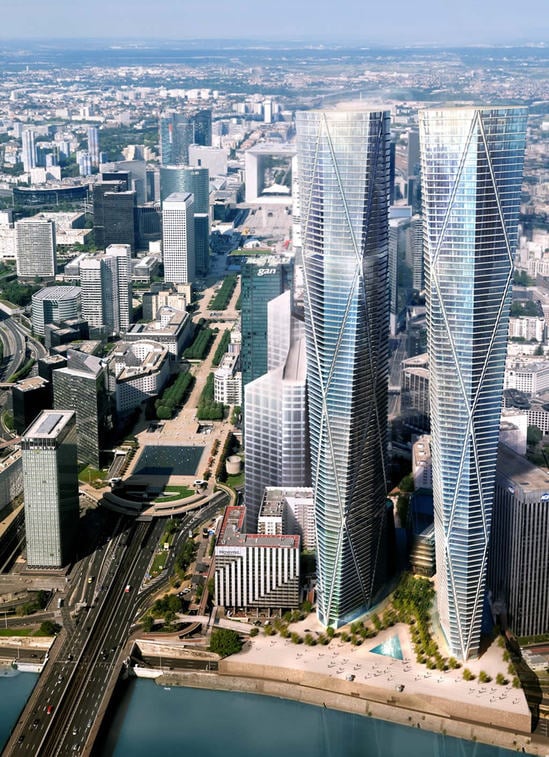 Tags from the story
Paris, Skyscraper