‘A Momentary Lapse of Reason’ could mean many things – to some, it would mean buying a supercar in 1978; to others, taking for a spin decades later on wet English tarmac; and to some other, one of the most legendary tours by British progressive overlords, Pink Floyd. This one’s straight out of the Rock archives because last week, the legendary Nick Mason (who was the drummer and founding member of the band) took the legendary ACDC vocalist, Brian Johnson, out for a drive in his historic Ferrari 250 GTO. The car is among the most historic automobiles in the history of Rock music. And so, thus goes the tale…

Mason purchased the Ferrari in 1978, on the back of the massive success that Darkside of the Moon enjoyed. Automotive junkies will marvel at the fact that the car set him back just £35,000. Today, it is valued at around £40,000,000. Strange things happened as they do in the world of Rock N Roll and Mason ended up putting the car up as collateral to fund one of the most ambitious tours undertaken by a band in that era. It was quite aptly called ‘A Momentary Lapse of Reason’ and spanned 198 shows between September 1987 and June 1990. The tour was a massive success and Mason could reclaim his beloved automobile. 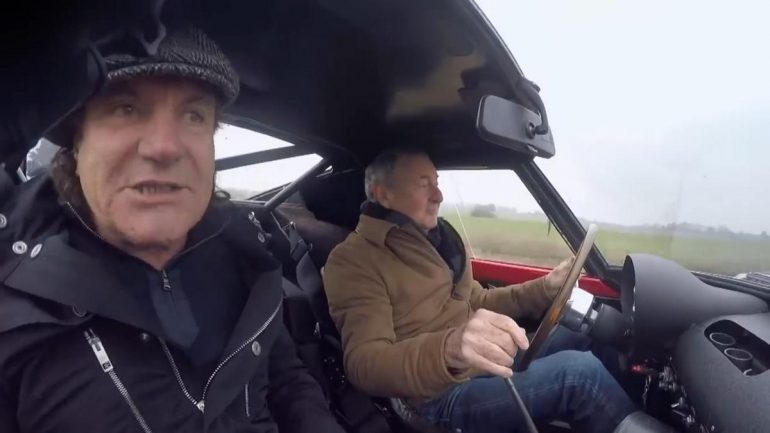 Today, as we sit 31 years after the last show of the tour and reminisce the power of a Ferrari and its role in the making of the massive musical feat, we ponder. Who would have thought of a car that was valued way above its purchase price keeping inflation in mind would salvage and fund such a phenomenon? 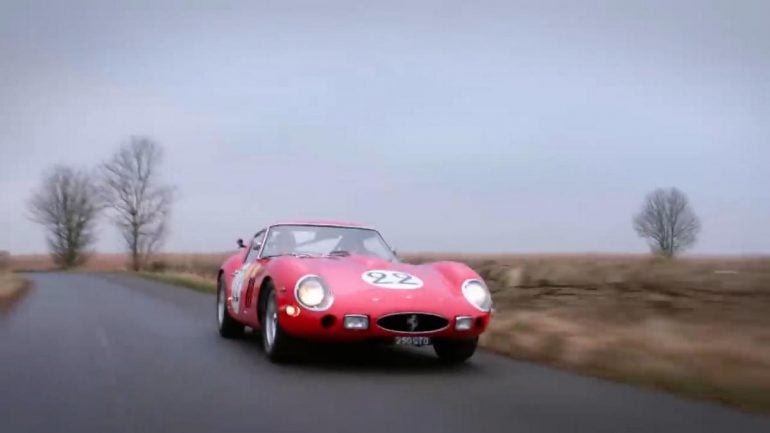 Since many wouldn’t know this, it is worth mentioning that Pink Floyd did run into a rough patch, which had compelled Mason to part with his prized possession in the first place. Keyboardist Richard Wright and bassist Roger Waters parted ways with the band due to differences. It was 1985 and the legal challenges from the fallout with exited band members were weighing heavily on the band’s finances. Wright rejoined the band in 1986 and the idea of this phenomenal tour was conceived. However, Mason thought it to be a safe bet to pledge the car to financially support the tour. One couldn’t imagine a modest Pink Floyd show without the extravagance that they were known for. And extravagance doesn’t come cheap.

READ:  Cristiano Ronaldo stuck in coronavirus lockdown spends $9 million to buy the limited-edition Bugatti Centodieci
A Momentary Lapse of Reason took Pink Floyd across the globe and became one of the highest-grossing ‘world tours’ by a band in the 1980s, raking in $135 million. The Ferrari 250 GTO is considered to be one of the most valued cars for collectors. Back in 2018 German racer, Christian Glaesel sold his car for over $70 million. Known the invaluable asset that the car has become, many may tense up seeing Mason drive through the countryside that seems to be wet, with complete abandon. It so happens that Nick Mason is also British and is no stranger to dealing with drenched conditions while taking this famed Ferrari for a spin. This story goes on to show how the 250 GTO isn’t only valuable in terms of price but also proves to be a historical benefactor to one of the most famous musical ensembles of the 20th century.
READ:  Ferrari 599 GTO to debut at Beijing Motor Show

The video that shows Nick Mason and Brian Johnson enjoying their drive is part of a television series called ‘A Life On The Road’, starring Johnson. Brian’s YouTube channel hosts some clips from one episode, and it has struck a chord among music-lovers and car-lovers with equal impact.