Almost becoming synonymous with luxury retailing, China now gets its own Galeries Lafayette spread over six floors. Located on Xidan walking street in Beijing, the fancy flagship spans 47,000 square meters, about half the size of its Paris store. Nevertheless, it heralds a collaboration of a new sort between Chinese designer Simon Gao and the French luxury store. In addition to featuring more than 500 brands, 200 of which will make their first foray into the mainland, the luxury store will house a limited edition collection by the designer to entice Lafayette loyalists in China.

After entering the mandarin market 15 years ago, the department store company makes a comeback owing to its behemoth Chinese fan base. Half of its sales today are from Asian customers, and the Chinese account for its largest group of shoppers. However, the Beijing flagship hopes to attract not just luxury consumers in China but the growing middle class with its retail range and 10 Chinese and French restaurants. Given the high rate of luxury taxes on the mainland though, analysts claim that won’t be possible. 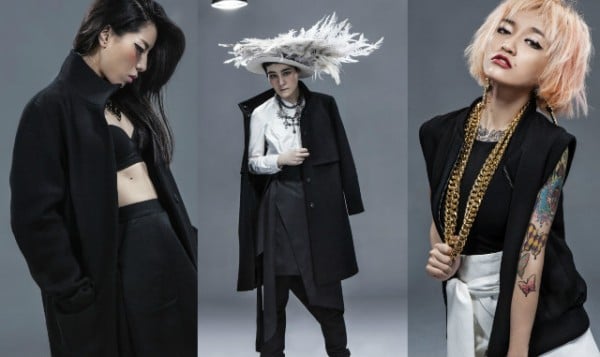 (China Standard) Time will tell about that, but China’s rising star, Simon Gao, seems like he will make the most of it as he has of the east and the west in his clothes. According to the art publication Blouin, “his first 2012 show, including men’s ready-to-wear, women’s ready-to-wear, and haute couture, made him famous overnight. In 2013, his women’s haute couture was a success at Paris Fashion Week, representing a significant step in Gao’s design career. Gao tends to add modern Western elements and tailoring to a foundation of Eastern style.” A style that we hope will work in favor of the west’s willful Galeries Lafayette.