Everyone feels a little extravagant during the holidays, you may splurge on gifts, a special outfit or maybe even a pricey tree. One chef, however, is pushing the boundaries of decadence with a spectacular Christmas pudding that’s chock filled with expensive ingredients. Created by Michelin star chef Matt Worswick, executive chef at Thornton Hall Hotel (Wirral), the pudding is aptly titled the Ultimate Millionaire Christmas Pudding and uses ingredients like 23 carat gold leaf and ultra-rare 140th anniversary edition Remy Martin Louis XIII Black Pearl cognac. 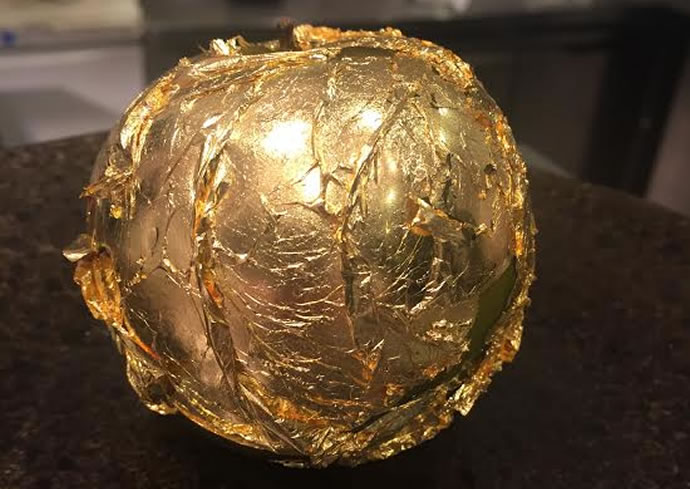 Matt’s recipe called for 400ml of Remy Martin Louis XIII Black Pearl 140th Anniversary brand worth £8,550 or approximately $13,000. Each serving of the traditional pudding is sprayed with edible silver and covered with 23 carat gold leaf which cost £200 and £1,000 respectively (that’s $300 and $1500 respectively). 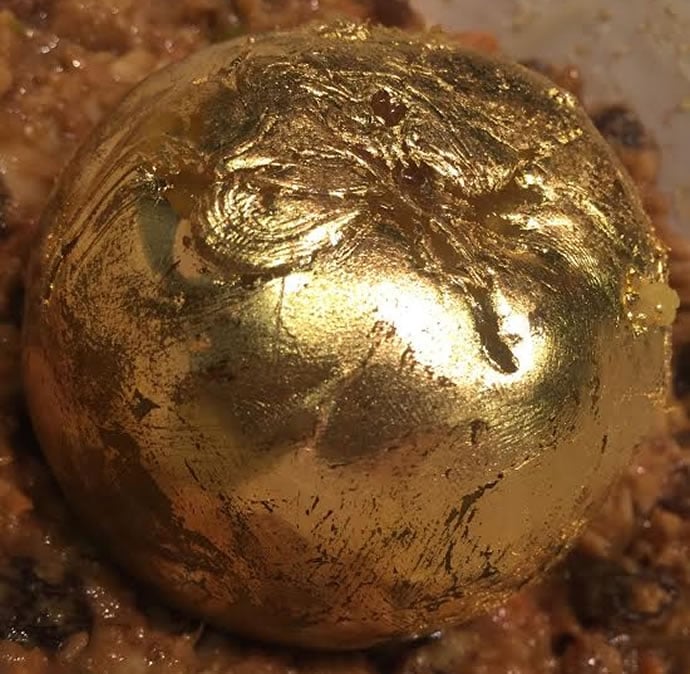 You also need to be rich in time to make this decadent creation as the pudding takes two hours of preparation time and eight hours of simmering.

Matt created four servings of the pudding at £2,500 ($3,773) each. They were created for The National Lottery celebrating the Euromillions guarantee to make five UK millionaires following the draw on Friday. 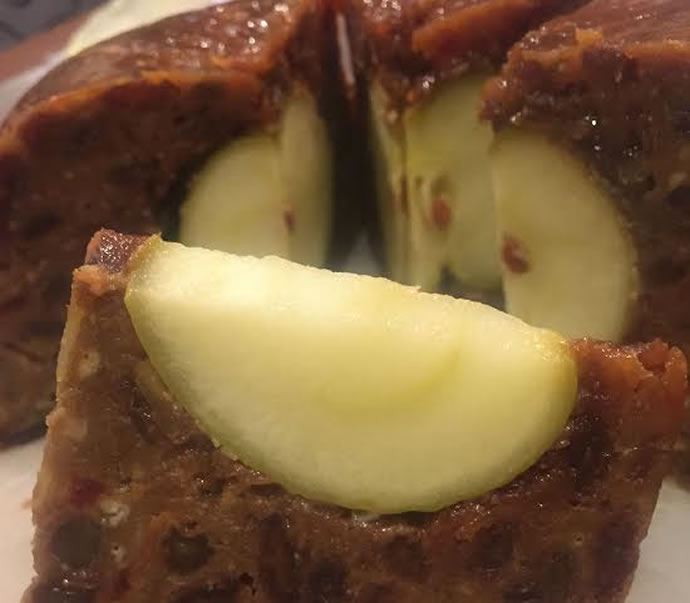 He said, “’I’m not usually one for anything extravagant like this and it is without doubt the most expensive thing I’ve ever made. It’s a real one off, but this is what Christmas is all about – great Christmas puddings. Despite being a staple of the festive period I don’t think they are celebrated enough. Often Christmas puds are stodgy, heavy, and just generally rubbish. So I wanted to put the effort in and do something special that would show of this great traditional pudding in a way that hadn’t been seen before. I’m proud of my creation. I think it is the ultimate Christmas pudding and when it is covered in silver and gold it really looks the part too. It’s definitely fit for millionaires.”

And if you’re in the mood to make one of your own, check out the recipe below:

METHOD
– Blanch the kumquats in water for three minutes then refresh in cold water.
– Repeat this process five times until the kumquats are soft.
– Mix the water, Demerara sugar and spices and boil in a pot.
– Add the refreshed kumquats and simmer until for approx. 25 minutes.
– Remove the kumquats and let them air dry overnight on a resting rack.
– Butter four small ramekin molds.
– Mix the ingredients well and fill the molds half way up with pudding mix.
– Add one kumquat per mold, then cover and bury the kumquat with the rest of the pudding mix. The molds should be 3/4 full.
– Cover the tops with baking paper, cover the mold again with tin foil and wrap with string.
– Place the bowl in simmering water just enough to reach 3/4 up the side of the mold. Simmer for 8 hours.
– Once cooked and ready to serve, spray your Christmas pudding silver and add the gold leaf for an extravagant feel.