Recently on a soap opera I was watching, the butler of an extraordinarily wealthy household produced from the wine cellar a bottle of wine that had been recovered from the underwater wreckage of the Titanic. While that bottle may have been purely fictional, M. Hostomme is offering the next best thing, – a Champagne that matured for its final year on the ocean floor. 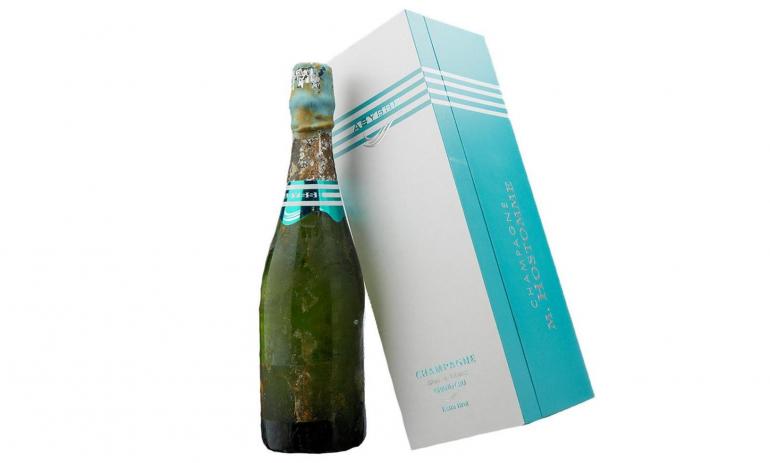 Before you get any ideas, this bottle was not rescued from a sunken ship, rather M. Hostomme placed the bottle off the coast of a remote island in Southern France, under 200 feet of water by design. Being underwater allows the wine to mature in total darkness as well as remain at a constant temperature, this of course is the kind of environment that wine cellars can only aim to replicate. 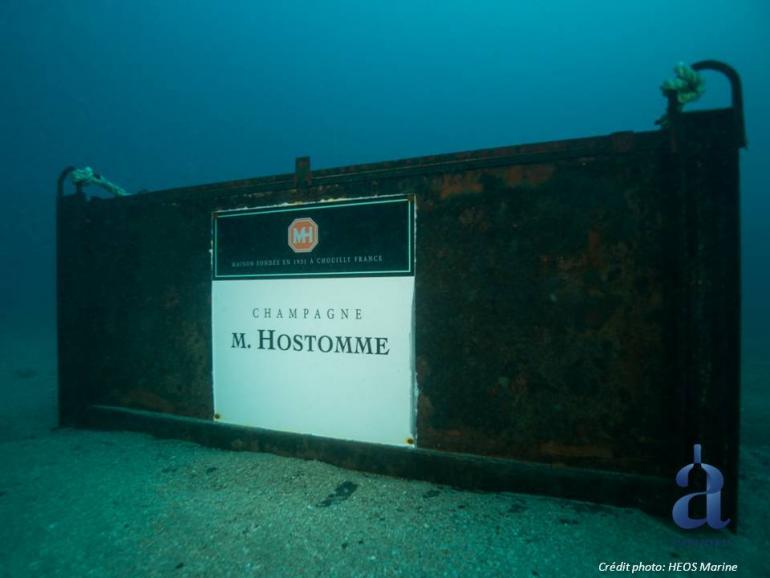 The bubbly in question has been named Abysse and before its interesting diving trip, this Grand Cru Brut had already been aging for a solid four years. Only 60 bottles of this deep sea product are available in the USA and each one is intimidatingly priced at $1,900. 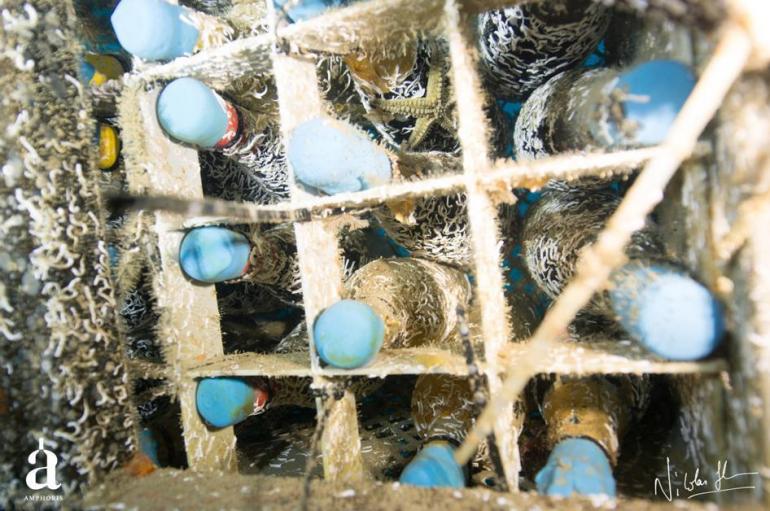 You’ll see from the image that the bottles aren’t cleaned after being pulled from the ocean, so you may well find a shell or starfish with your bottle. They are impressively packaged in elegant blue boxes.