The creative geniuses at BMW and the wilderness of the Arctic Circle may appear worlds away, but they have been brought together courtesy of Icehotel, a deluxe hotel made of ice and snow in Lapland, Sweden. The MINI brand on behalf of the Icehotel and DesignworksUSA has constructed an arty ice suite using, well “ice”. 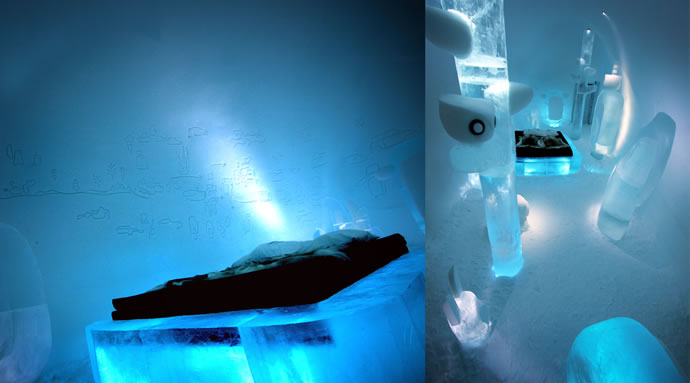 Around 38 artists, five lighting designers and 55 workmen, unleashed themselves into an edifice and created the monumental project in just twelve weeks. The ephemeral art project seems like a magical wonderland as ice branches out into shapes and outlines of Lapland’s flora and fauna, curls in on itself hovering in a realm of artistic suspense between nature and human design. A further design feature around the sleeping area uses a modern-day cave painting technique to record on ice the story of the sculptures’ genesis. The ice blocks used for the illuminated sculptures and furniture in the interior are cut out of the frozen Torne river in Jukkasjärvi. 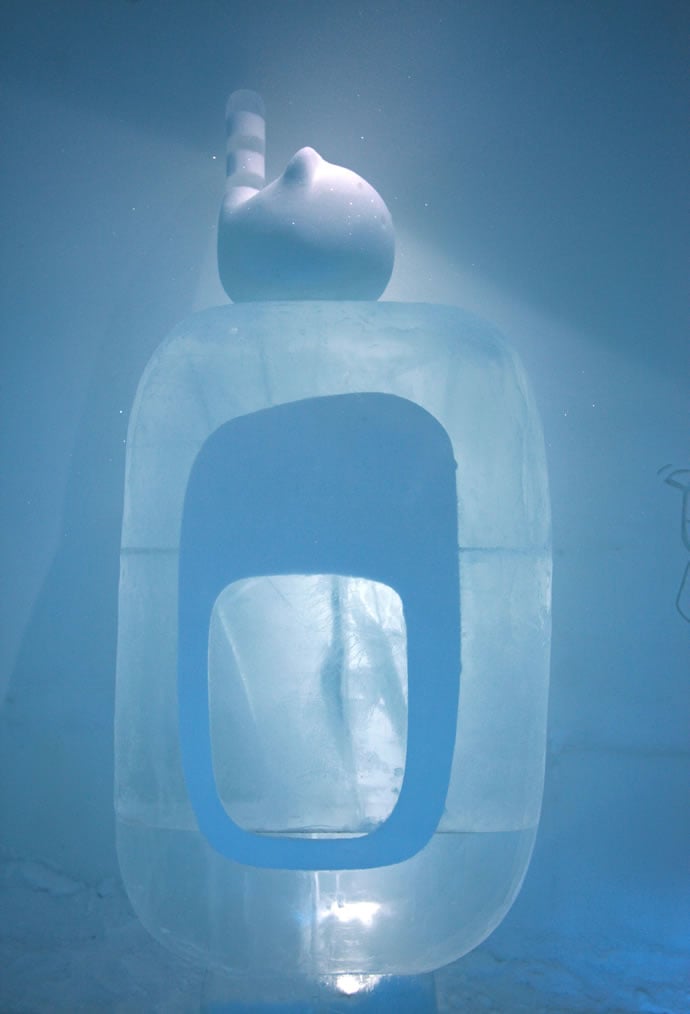 Each year the Icehotel invites artists and partners to design individual rooms that turn into a unique place of inspiration. For the 2013/ 2014 winter season, BMW Group subsidiary Designworks USA designed and implemented a MINI deluxe suite. The MINI Evolution Suite for two, spread across 445 sq ft. is the largest available suite at the hotel and includes a private sauna as well as a heated relaxation area with its own bathroom. Guests who stay in the suite will receive courses in ice sculpting with professional sculptors and access to a four-wheel drive MINI Countryman as part of their package. 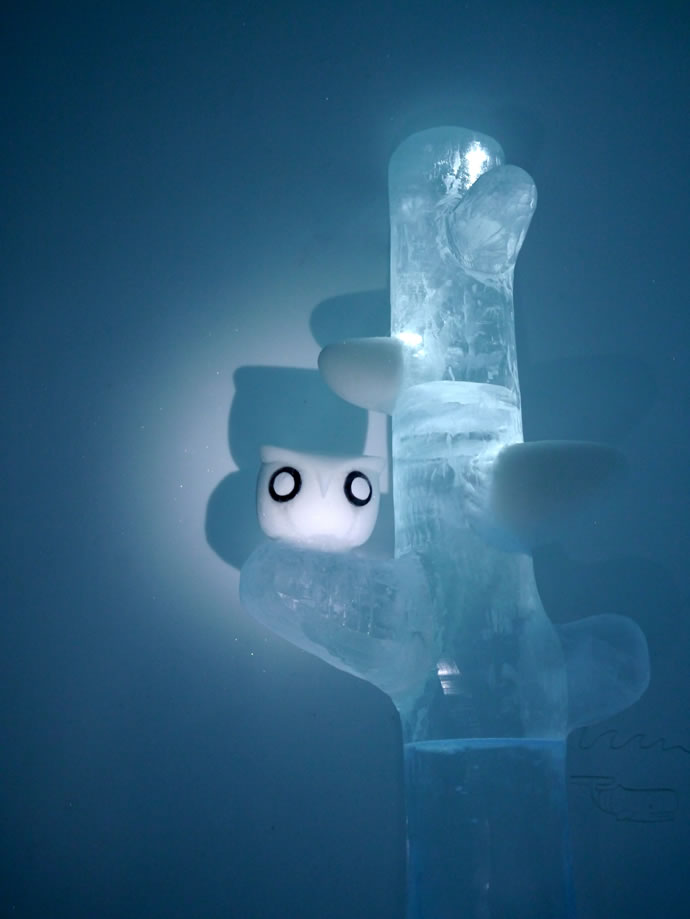 “In 1991 a group of artists constructed a hotel made entirely of ice in Jukkasjärvi, Sweden. Ever since then, the Icehotel has been designed and built anew each year by a variety of artists and designers – only to disappear again when the sun melts the ice in spring. For the DesignworksUSA team this natural, cyclical transformation of the hotel was the inspiration for the design concept of the deluxe suite “Mini Evolution,” the BMW Group DesignworksUSA said in a statement.

The hotel is located at Marknadsvagen 63, Jukkasjarvi 98191, Sweden. Open until 14 April 2014, the Icehotel encompasses 13 art suites and 2 deluxe suites.

The Ice hotel not only offer a rare, unique travel experience, but is also are a creative form of art. The hotel also offers guests an opportunity to create a bespoke haute couture ice suite for their stay.