On Tuesday, as Dubai welcomed the much-awaited Armani Hotel, Singapore celebrated the opening of the world’s second most expensive casino on its soil. The casino is part of a $5.5 billion complex built by US gaming giant Las Vegas Sands. It is the second one in Singapore (the first, $4.4 billion Resorts World Sentosa, opened on 14 February). Marina Bay Sands, located next to the financial district, opened at the locally auspicious time of 3:18 pm. The casino resort is expected to generate $1billion per year! Tuesday’s opening included the casino and 963 out of 2,560 hotel rooms, a portion of the shopping mall, some restaurants, an exhibition center, and the events plaza. The remaining parts of the structure, including a Skypark and more shops, will open on June 23, while a museum, theatres, and other stores are slated to begin operations later in the year.

Singapore officials hope the casinos help to achieve a target of attracting 17 million visitors a year generating over 21 billion US dollars by 2015. With growing competition from its neighboring nations, I wonder if Singapore will achieve this ambitious growth target. 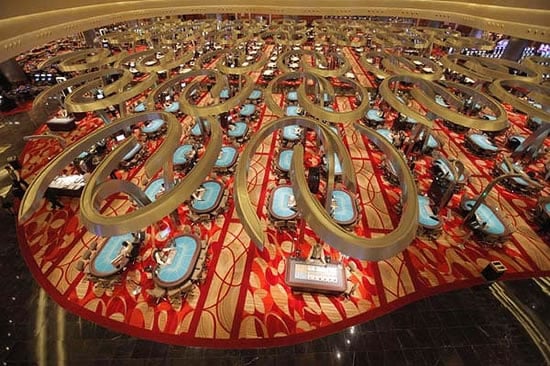 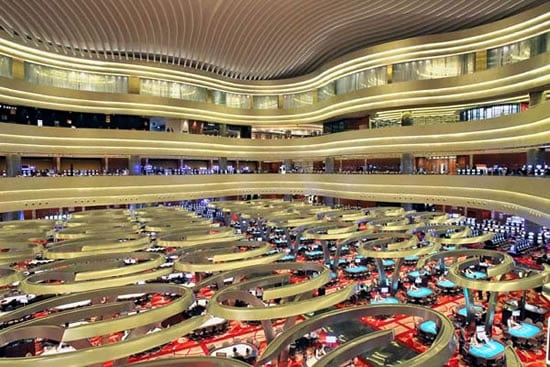 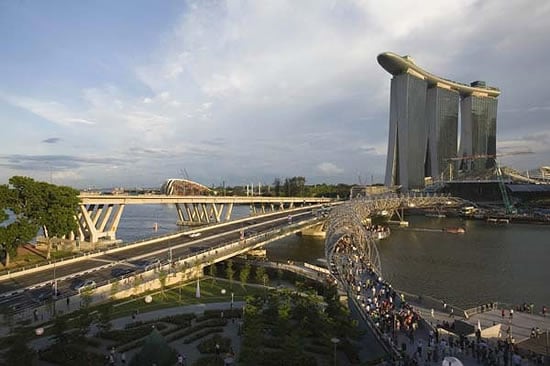 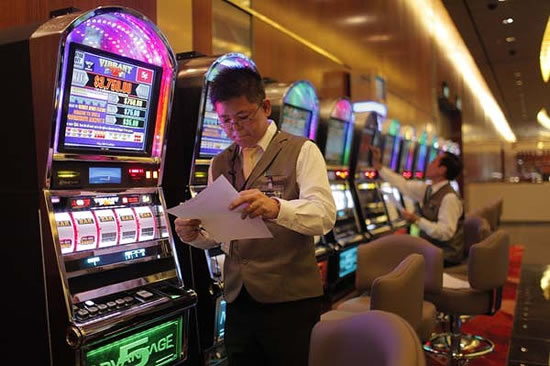 Tags from the story
Casinos, Singapore