Sir Richard Branson’s Necker Island has already secured its place as the most idyllic on the British Virgin Islands. But if you have an appetite for something more audacious, you’d be happy to hear The Rebel Billionaire even has that covered. Branson’s exclusive camp Mahali Mzuri is nothing short of an extended African safari. 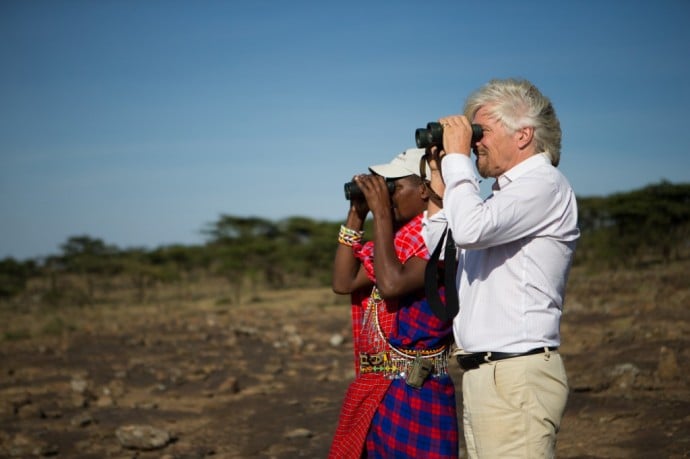 According to reports, the Kenyan safari camp was launched “in a distinctively Virgin way, with Richard Branson participating in a traditional Maasai ceremony.” Branson, who has already been recognized as tribal Maasai Elder in 2007, said, “it’s a fantastic way to celebrate the official opening of Mahali Mzuri, and I’m thrilled that so many of the local community have made it here today to observe and take part in what was a beautifully traditional and fitting way of launching our new safari camp.” 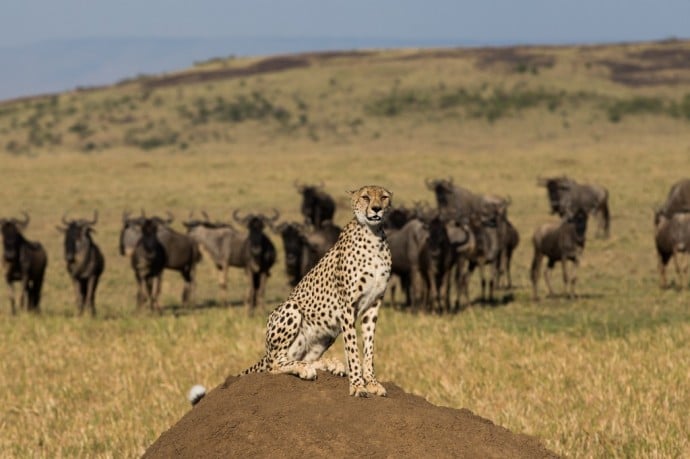 Situated within the Olare Motorogi Conservancy, Mahali Mzuri lies in the Maasai Mara ecosystem of Kenya, about 240km due west of Nairobi. The safari camp consists of 12 sleeper tents and can cater to 24 guests at a given time. It goes without saying that it offers tremendous wildlife viewing, so much so that it offers “front row seats to the Great Migration.” The area, after all, is home to everything from cheetahs to wildebeests. What you couldn’t have expected, however, is that the lodge is lined with tented suites à la one-of-a-kind wilderness luxury.

Sitting on raised platforms, these suites include a spacious bedroom with an en-suite bathroom, a sitting area, and a large deck with views over the landscape. And when you’re ready to step out from its luxurious confines, you’re greeted by twice-daily game drives and guided walks throughout the Motorogi and Olare Orok Conservancies. But if you aren’t game for spotting game, you can unwind by the infinity pool or get pampered with a spa treatment. A visit to the Maasai Mara National Reserve is another engaging activity, and for the uninitiated (read: every city dweller), the local villages are also replete with Maasai tribe history.

For a stay in this enchanting sanctuary, rates start at $590 a night for double occupancy in the low season and go up to $1,340 for single occupancy during high or when the camp is abuzz with Kenyan revelry. Charges also include all meals and drinks besides several activities. With its roots resting in nature, it is also the hope that Mahali Mzuri will help protect the migration for centuries.