A true diamond never overshadows, it’s the brilliance of the subtle shine that’s most attractive. Very rightly said and it holds true for the beauty we call, Black diamond also known as Carbonado. This dark beauty is rare, a thing of pure beauty and it may lack the lustre of a white diamond but in no way is it lacklustre. While many may pass it off as just another coloured diamond, there’s actually a lot more to it and that’s exactly what we are using this space for. To celebrate the unordinary, norm-breaking, age-old Black Diamond. Here are the top 5 things about a Black diamond you’d probably love to learn about… 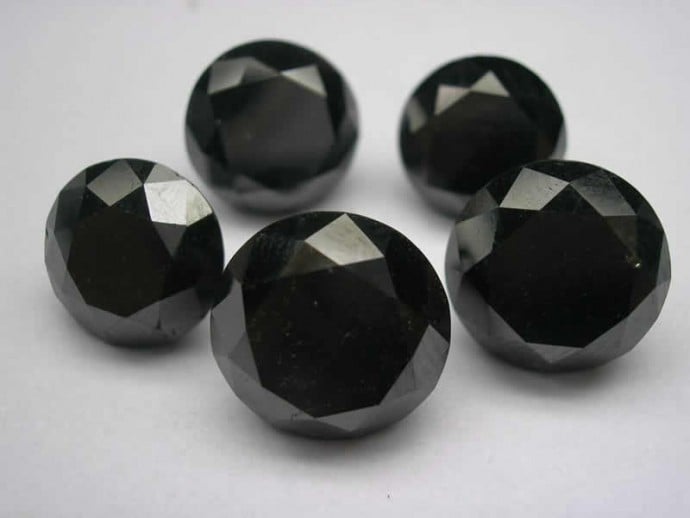 5. Early Days: Black diamond was hardly an object of desire way,way back in time. Not only was it no where to be seen or used in the field of jewellery and gems its uses back in time would surprise, rather shock you. It would interest you to know that the coveted Carbonado as it was called, was used to polish wood in Brazilian deciduous forests and thereafter sent the precious stone to Europe for further applications albeit not in the field of jewellery. Shocked much? There’s more, Carbonado was also used for rock drilling in Panama Canal.

4. Origin: The fact that Carbonado wasn’t treasure and considered a priced possession makes me wonder where it came from and why wasn’t it valued? Unlike usual white diamonds, black diamonds were never mined, polished and traded. Guess man doesn’t value things they haven’t toiled for; however it is believed black diamonds come from nowhere else but interstellar space. Scientists also believe carbonado diamonds formed in stellar supernovae explosions and were once the size of asteroids when they debuted on Planet Earth. That explains why they are ‘found’ on surfaces rather than dug up in mines. 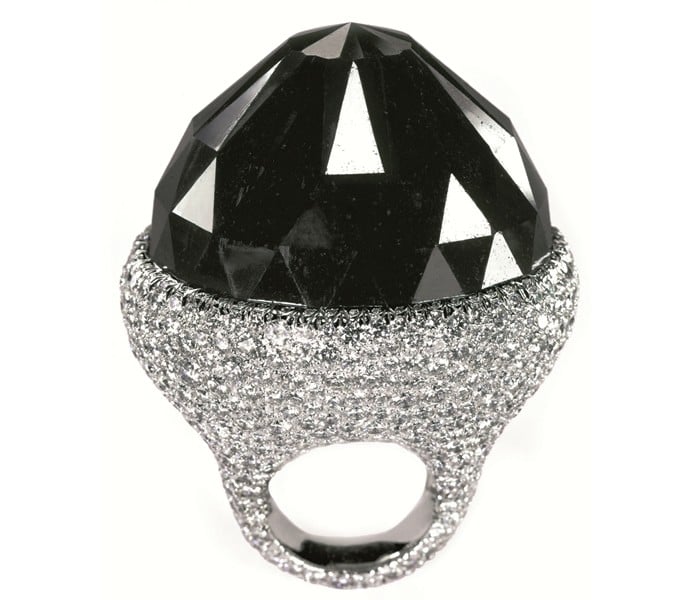 3. Myths: This is one very interesting aspect about the attractive black diamond. While many stone have been dubbed as lucky or unlucky as per sun signs and moon signs; the black diamond goes way back in time with a number of myths attached to it. One would expect some negative connotations when I talk of this but there were mixed myths pertaining to the black diamond. While Italians believed it to be the stone of reconciliation, where a single touch could clear the air of misunderstandings and quarrel between lovers. In India the myths and beliefs were extremely contradicting as they believe black diamonds represent Yama, the god of death and is nothing but best avoided hence it remained an industrial diamond of sorts. 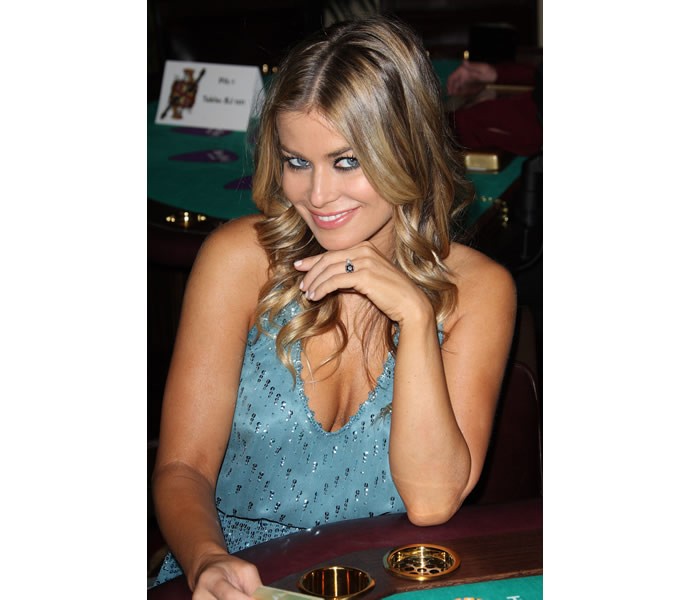 2.Carbonado-Loving celebs- You will be surprised to find how many celebs are choosing ebony over ivory in an attempt to be different. Not only is it outstandingly beautiful it is a class apart and makes its wearers feel the same way. Celebrities who have been charmed by the black diamond include Carmen Electra, who was given a black diamond engagement ring by third hubby Rob Patterson and who can forget the heart-warming finale of the movie Sex and the City 2 where Big and Carrie have a ‘Big and Black’ reconciliation with an unforgettably gorgeous Black diamond ring. If you’re looking to buy one we’d recommend looking online at stores like Front Jewelers to see all their offerings on one web page. For a sheik and timeless look, black diamonds look best on peg heads, solitaires and with plain metal bands. As for resale, a black diamond is if worth if certified by a lab as being of natural color or has no resale value whatsoever.” 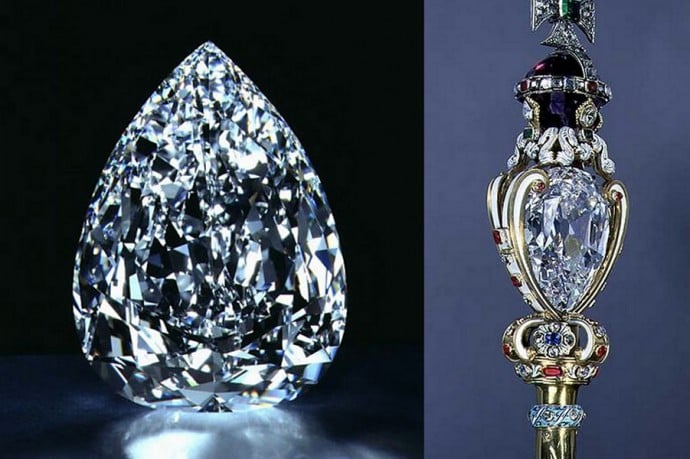 1. Famous Black Diamonds: Of the largest diamonds that are famous, most are black in colour and largest of these is the ‘Black Star of Africa’ diamond which is a massive 202 carats. Coming second is, ‘Table of Islam’ emerald cut diamond weighing in at an impressive 160.18 carats. Among famous black diamonds, one that’s probably most exhibited is Black Orloff (Orlov) cushion cut diamond found in India also known as the Eye of Brahma Diamond.