A new nightclub Alibii has launched in India, replacing the famous affluent hotspot Ghost. The place was initially started as the elite hub Athena some years back. Then, the club replaced Ghost, that had opened in the spot occupied by Prive in October last year. 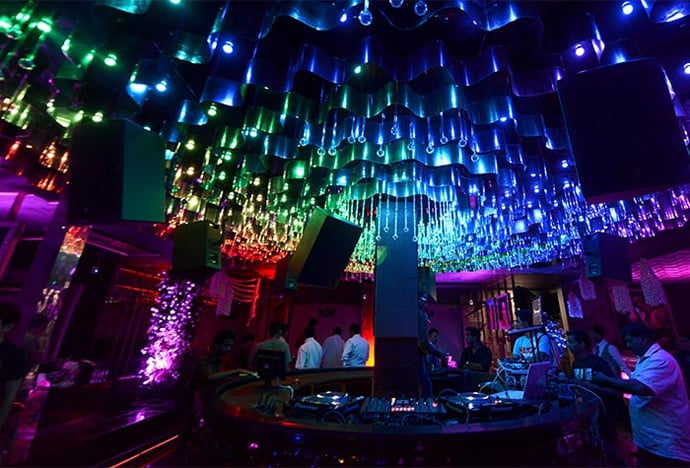 Started by Gaurav Jhalani and Ankit Rawat, entrepreneurs from Delhi, this new nightclub has exclusive VIP areas with its own bar and butler service to create an atmosphere of a private party for its patrons. The plush club is spread over four thousand square feet with an amalgamation of two sound-gyrating hydraulic cages and seven private booths.It is inspired by seven sins – greed, pride, indulge, chill, vanity, lust, and passion. The venue also has a floating round stage features a DJ booth boxed in a Private VIP booth. The use of different finishes next to each other in has been created to give guests the illusion of different spaces within a space. The most amazing aspect of the club is a spiral chandelier with over five hundred crystal tubes above the dance floor. Recently, Boney Kapoor threw a bash to celebrate his wife and actor Sridevi’s 50th birthday at Alibii, and the party was attended by some of the well-known names from filmdom, including her co-star Rishi Kapoor and actresses Shilpa Shetty and Sushmita Sen. 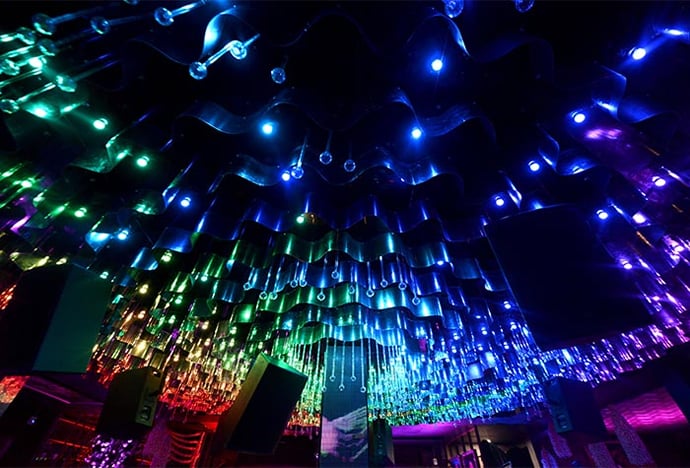 Much like its predecessors, the Alibii club will be super high end with entry for members and guests of members only. However, if you are one of the regular patrons sans membership, you’ll have to shell out Rs. 3,000 to add yourself to the guest list. Open daily, from 7pm to 1am. Ground Floor, Mon Repos, Minoo Desai Marg, behind Radio Club, Colaba.